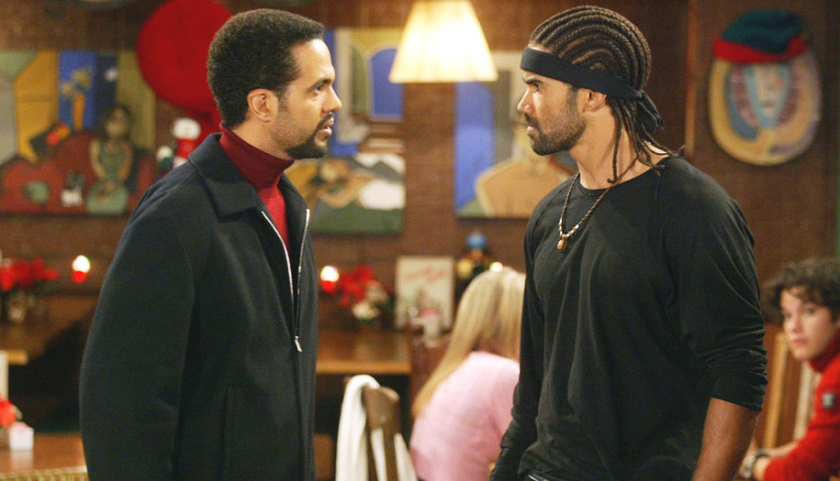 The Young And The Restless (Y&R) scoop for the week of May 18 teases a theme dedicated to Genoa City’s Winters family. According to CBS, the week will feature the first appearances of the late Kristoff St. John (Neil Winters) and Shemar Moore (Malcolm Winters).

As many viewers are aware, Y&R has run out of original episodes to air. This is due to a halt in production because of the COVID-19 pandemic. But that doesn’t mean CBS is going to leave fans in the lurch. Y&R has been airing episodes based on weekly themes.

On Monday, viewers will see St. John’s Y&R debut as he runs into Druscilla Barber (Victoria Rowell) at Jabot, in an episode that originally aired on February 13, 1991. And Katherine Chancellor (the late Jeanne Cooper) will receive bad news about Brock Reynolds (the late Beau Kazer).

In an episode that originally aired on February 9, 2005, viewers will see the family come together to rescue Devon Hamilton (Bryton James). On Wednesday, the family finds a terrified Devon in a lion’s cage at the zoo. Both Malcolm and Neil jump into the cage to protect Devon.

On Thursday, Neil, Phyllis Summers (Michelle Stafford) and Nick Newman (Joshua Morrow) head to California on a mission. They were looking for Lily Winters (Christel Khalil) and Daniel Romalotti (Michael Graziadei) in this episode from June 29, 2005.

An episode that originally aired on December 7, 2006 will wrap up the theme week. Neil and Dru officially adopt Devon and the three go to Gina’s to celebrate. This episode also features Katherine telling Jill Abbott (Jess Walton) not to worry. And Jack Abbott (Peter Bergman) and Ashley Abbott (Eileen Davidson) are furious with Gloria Bardwell (Judith Chapman).