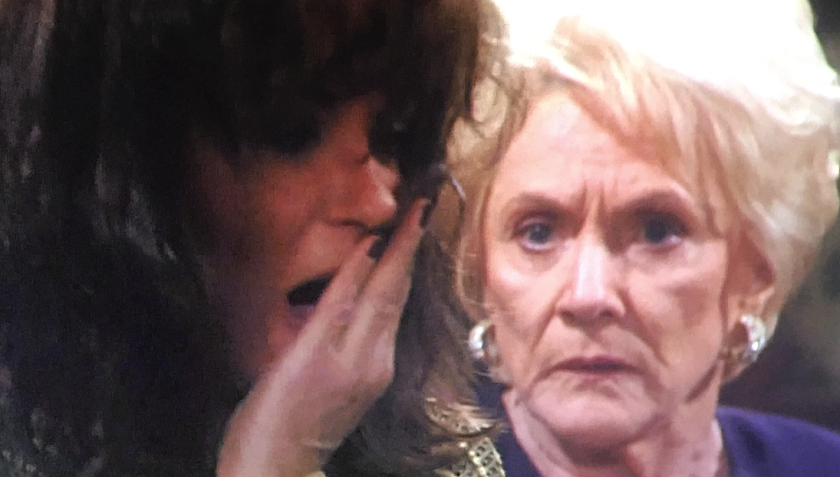 The Young And The Restless (Y&R) scoop for the week of May 11 suggests a theme dedicated to the soap’s epic rivalries.

Viewers will be treated to a legendary Jill Abbott (Jess Walton) and Katherine Chancellor (Jeanne Cooper) confrontation, the Jack Abbott (Peter Bergman) and Victor Newman (Eric Braeden) decades-long grudge and many others.

The week begins with an episode that originally aired on June 30, 1998. Jill and Katherine get into a huge argument when Jill goes up to the attic at the Chancellor estate to look for something that Phillip Chancellor (Donnelly Rhodes) left her.

Jill will find a box with an envelope in it that says: “Phillip Chancellor: Private and Personal.” Katherine calls her and she tries to hide the box. When Katherine arrives, she asks Jill what she’s doing up there. Jill says she just wanted a memento of Phillip’s.

Young And The Restless Weekly Scoop May 4 to 8: A Lifetime Of Love – Theme Week Dedicated To Nikki And Victor #YR #YoungandRestless #YoungandtheRestless #Niktorhttps://t.co/oibLtJcJpA

Then the two ladies get into it. Jill accuses Katherine of killing Phillip, which results in Katherine whacking Jill in the face. They roll around on the attic floor, with rats crawling around, punching each other’s lights out. When it finally ends, Katherine tells Jill to get the hell out of her house right now.

On Tuesday, viewers will see one of Victor’s infamous return from the dead episodes. This particular resurrection was his first and was originally shown on October 1, 1993. Victor was thought to have died in a car crash, and his enemies will be stunned when he turns up alive and well in Genoa City.

Another epic rivalry that will be explored, on Wednesday, is that of Sharon Newman (Sharon Case) and Nikki Newman (Melody Thomas Scott). In an episode that originally aired on June 15, 2012, Nikki will declare war on her rival. The two women will get into a fight at the Newman stables. It begins when Nikki dumps a bottle of water over Sharon’s head.

On Thursday, viewers will see Victor confront Jack in a bid to take back control of Newman Enterprises. Victor is in Jack’s office, in this June 21, 1999 episode. He yells at his rival and calls him a “back stabbing coward.” Jack tells him to get out. But Victor will instead smash a portrait that’s on the wall and snap a pencil. He will tell Jack that’s exactly what he’s going to do to him.

Finally on Friday, in another classic rivalry, Lily Ashby (Christel Khalil) will give Hilary Curtis (Mishael Morgan) a chilly awakening. In this May 22, 2014 episode, Hilary will awaken to Lily throwing a pitcher of cold water on her while she’s asleep in her bed. Lily will then rant that Hilary destroyed her family by seducing her father Neil Winters (Kristoff St. John).