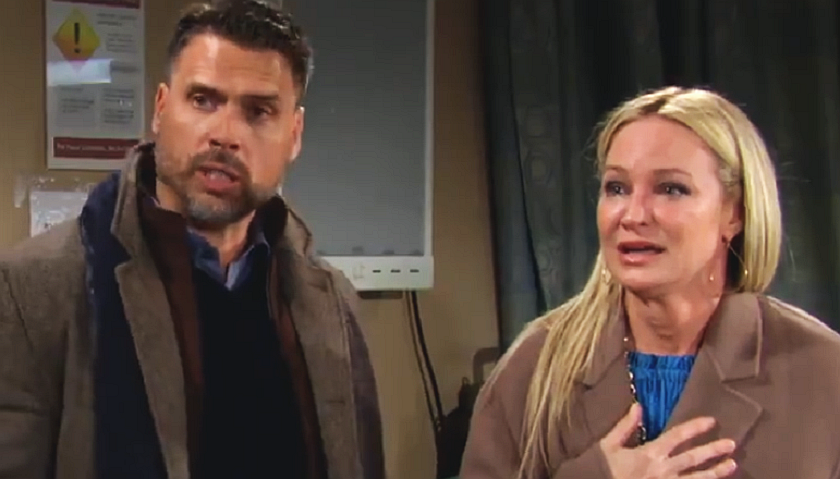 The Young And The Restless (Y&R) scoop for the week of March 29 suggest Sharon Rosales (Sharon Case) and Nick Newman (Joshua Morrow) will sit vigil by their daughter’s hospital bed.

Spoilers tease that although Devon and Nate Hastings (Sean Dominic) aren’t exactly getting along these days, they will put up a solid front. And the cousins’ common interest will be Moses Winters (Jacob Aaron Gaines), who will arrive in Genoa City on April 1.

At the Abbott estate, Kyle will tell Jack Abbott (Peter Bergman) about his affair with Ashland Locke’s (Richard Burgi) wife. However, he’ll leave out one pretty big detail. And Jack’s brother Billy will keep a secret from his current squeeze Lily. But what will it be?

Meanwhile, Rey will confront Victor. He’ll demand to know where Adam Newman (Mark Grossman) is. Victor will tell the cop his son is not required to check in with him. Rey will say if he’s hiding Adam, he’ll be charged with accessory to a crime. “Who the hell do you think you’re talking to?” Victor will shout. “Don’t you ever threaten me again.”

Speaking of Adam, he will be skulking around Genoa City, including Crimson Lights. And rumor has it, Sharon will spot him. He’ll tell her that Chelsea Newman (Melissa Claire Egan) set him up and he needs proof to clear his name. Will Sharon agree to help her ex?

Finally, after smashing a truck she was driving, Faith Newman (Alyvia Alyn Lind) will be lying in a hospital bed. “She was in a serious accident,” Nate tells Sharon and Nick in the Y&R weekly promo. They’ll ask if she’s going to be okay. “We’re doing everything we can for Faith,” the doctor will say.

Then Sharon will sit by her daughter’s bedside. “We’re not giving up Faith,” she’ll tell her through her tears. “We would never give up on you so don’t you give up on us.” Are writers really going there? Sharon and Nick lost Cassie Newman (Camryn Grimes) due to a car accident back in 2005. Will Faith face the same fate?

It looks like a great week coming up! Keep reading The Soap Scoop for more Young And The Restless spoilers and news. And make sure you join our free Facebook Group.

Nick is troubled by Faith’s behavior today on #YR. pic.twitter.com/nyISIaYWu5