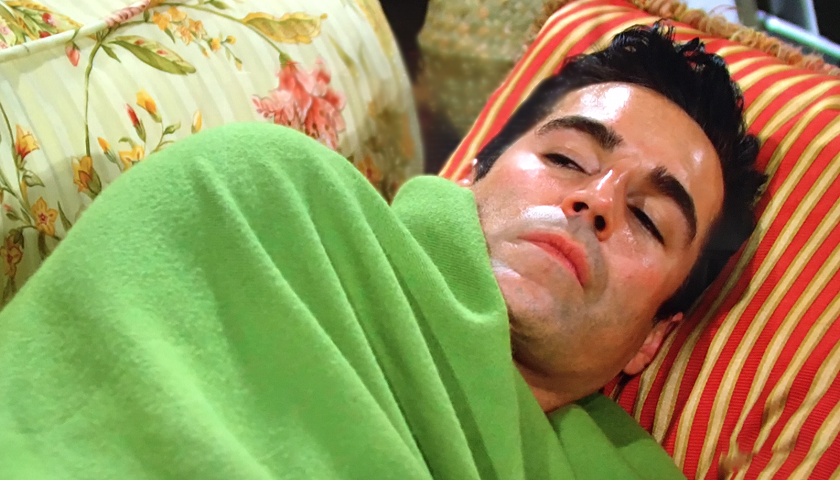 The Young And The Restless (Y&R) scoop for the week of March 15 suggests Rey Rosales’ (Jordi Vilasuo) condition will worsen considerably.

Also coming up next week, Amanda Sinclair (Mishael Morgan) will learn of Devon Hamilton’s (Bryton James) betrayal and Lily Winters (Christel Khalil) will confront Victoria Newman (Amelia Heinle). Plus, Phyllis Summers (Michelle Stafford) will have it out with Sally Spectra (Courtney Hope) and Kyle Abbott’s (Michael Mealor) past catches up with him. Also, please note the Y&R will be preempted by CBS for March Madness basketball on Friday, March 19.

Spoilers tease Amanda will find Elena Dawson’s (Brytni Sarpi) bracelet in Devon’s sofa and will confront him with it. He’ll lie and make up some excuse. But Amanda’s lawyerly senses will be tingling. She’ll ask Nate Hastings (Sean Dominic) if he and Elena broke up. After he confirms they have, she’ll interrogate Devon again. He’ll be forced to confess that he and Elena slept together. But will Amanda forgive him or dump him on the spot?

Meanwhile, Kyle will deal with demons from his past this week. He may run into Ashland Locke (Richard Burgi) again, but will his son Harrison be with him? Speaking of Ashland, who will he choose as the winning bidder of Cyaxares Media?

At the Grand Phoenix, Phyllis will run into Sally and rumor has it she’ll blast her. Phyllis knows Sally has been getting closer to Jack Abbott (Peter Bergman) and she doesn’t like it one bit. She’ll tell Sally to stay away from Jack, and her daughter, if she knows what’s good for her.

Other Y&R spoilers tease Lily will clash with Victoria over, who else, Billy Abbott (Jason Thompson). She’ll find out Victoria told Billy she still loves him and she’ll stand up to her boyfriend’s ex. No shrinking violet, viewers know Victoria won’t just sit there and take it. But which woman will come out on top?

Finally, Rey will tell Sharon Rosales (Sharon Case) he’s just got a stomach flu. And he’ll refuse to let her call the ER. But she’ll become increasingly worried about her husband. “You scared me half to death,” she’ll tell him.

When Sharon comes back from Society with some chicken soup for her husband, he’ll tell her he’s in the thick of it and it’ll get worse before it gets better. “You seem to be getting worse by the minute,” Sharon will say. “I think this is more than a stomach bug. I think there’s something seriously wrong.” What is wrong with Rey and will he be okay?

Real love never dies. ❤️ Do you think Lily is right? Tune in and find out! #YR is new this week on @CBS. Watch the latest full episode of The Young and the Restless on @paramountplus! pic.twitter.com/H3BcDaiSUx