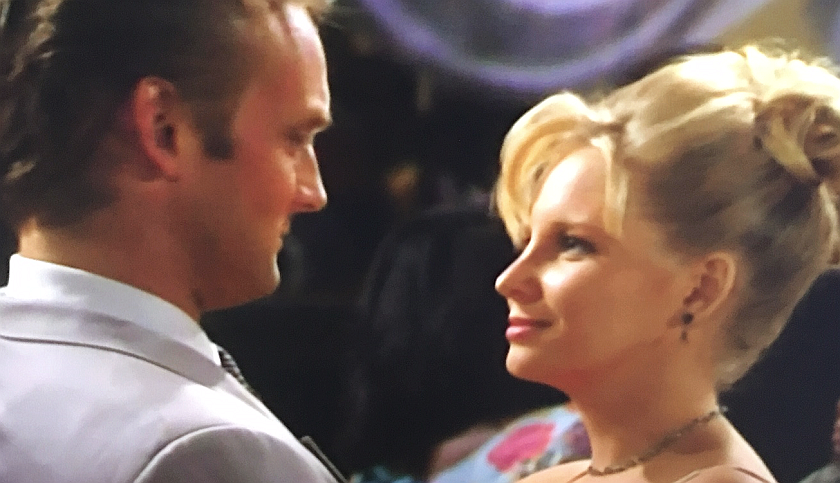 The Young And The Restless (Y&R) scoop for the week of June 29 suggests a tribute to Paul Williams (Doug Davidson) and Christine Blair’s (Lauralee Bell) decades long love affair.

As most viewers are aware, Y&R has run out of original episodes to air. This is due to a halt in production because of the COVID-19 pandemic. But that doesn’t mean CBS is going to leave fans in the lurch. Y&R has been airing episodes based on weekly themes. The good news is, the Y&R cast and crew are scheduled to begin production on new episodes July 6.

On Monday’s show, Paul went above and beyond to propose to Christine, in this episode that first aired on September 21, 1994. During a romantic night out on the town, Christine still hadn’t given him an answer yet, but Paul was patient.

“I’m not expecting an answer now. Why don’t you wear the ring for awhile and see how it feels,” Paul told her. “I love you very much and whatever you decide, that won’t change.”

On Wednesday, just before they were about to get married, Paul and Christine’s wedding day took a stunning turn, when Phyllis Summers (Michelle Stafford) purposely ran into them with a car. And Danny Romalotti (Michael Damian) confided his feelings to Katherine Chancellor (Jeanne Cooper) and decided to leave Genoa City, in this episode that first aired on December 29, 1994.

On Thursday’s episode, Paul and Christine finally get married and Phyllis makes a confession, in this episode from August 7, 1996. Plus, Neil Winters (the late Kristoff St. John) worried about Olivia Barber (Tonya Lee Williams).

The week wraps up on Friday with an episode from August 15, 2003. Paul interrupts Isabella Braña’s (Eva Longoria) revenge plan and saves Christine after Isabella tried to drown her. And Nikki stands her ground at Jabot.

It looks like another great theme week ahead. Keep reading The Soap Scoop for more Young And The Restless spoilers and news. And make sure you join our free Facebook Group.