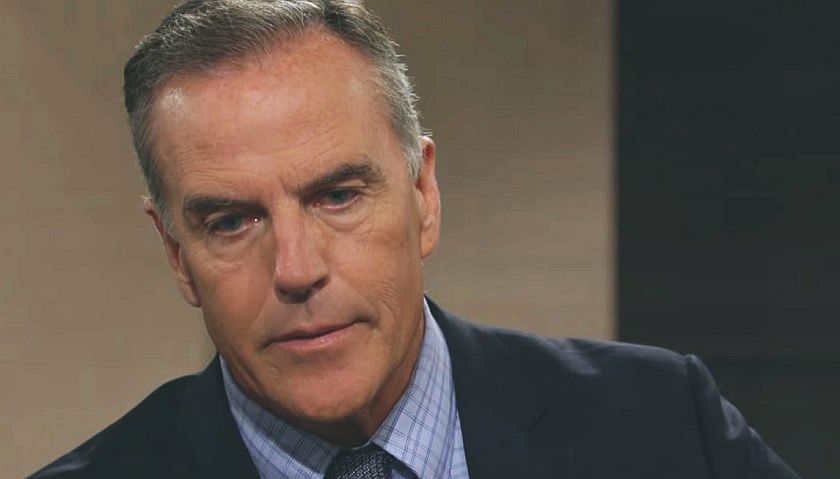 The Young And The Restless (Y&R) scoop for the week of June 28 suggests Ashland Locke’s (Richard Burgi)’s fatal secret will become public knowledge.

Also coming up this week, Amanda Sinclair (Mishael Morgan) will confront her grandfather and Kyle Abbott (Michael Mealor) will beg Summer Newman (Hunter King) to stay in Genoa City. Plus, Tara Locke (Elizabeth Leiner) will try to woo Kyle and Victor Newman (Eric Braeden) will present his son with an offer.

Y&R spoilers tease Summer will tell Kyle they have no future. She’s moving to Italy and he can move on with Tara and Harrison Locke (Kellen Enriquez). “You are going to have a wonderful life,” Summer will tell him just before she kisses him and gives him back her engagement ring.

Young And The Restless Scoop – Amanda Sinclair Is Still Reeling

Speaking of Tara, she’ll try her best to win back Kyle’s affections. Now that Summer is gone, she’ll see it as the perfect opportunity to pounce. Tara will start by reminiscing with him about their affair in New York. But will Kyle fall for it?

Meanwhile, Amanda will still be reeling from what Imani Benedict (Leigh-Ann Rose) told her last week. Their mother turned herself in for Richard’s murder. “How did you convince Naya to take the blame for a murder that you are responsible for?” she asks a shocked Sutton Ames (Jack Landron) in the Y&R weekly preview.

Then there’s Victor, who will make Adam Newman (Mark Grossman) an enticing offer. But will it involve Newman Media or Newman Enterprises? Victor will also dole out some advice, when Devon Hamilton (Bryton James) seeks him out later in the week.

Y&R Weekly Scoop – Who Leaked The News About Ashland Locke?

Finally, in his hotel suite, Ashland will be stunned when he looks at his phone. Victoria Newman (Amelia Heinle) will ask him what’s wrong. “How could this have happened?” he’ll ask out loud. So, it seems as if someone will tell the press about Ashland’s fatal illness.

But who would do such a thing? Perhaps Billy Abbott (Jason Thompson) found out. After all, he always seems to be lurking around when Ashland and Victoria are chatting in public. Or will Victoria leak the news about Ashland’s fatal illness to gain an advantage in her merger bid?

One Thought to “Young And The Restless Weekly Scoop June 28 to July 2: Ashland’s Fatal Secret Is Out – Amanda Confronts Sutton – Tara Tries To Woo Kyle”