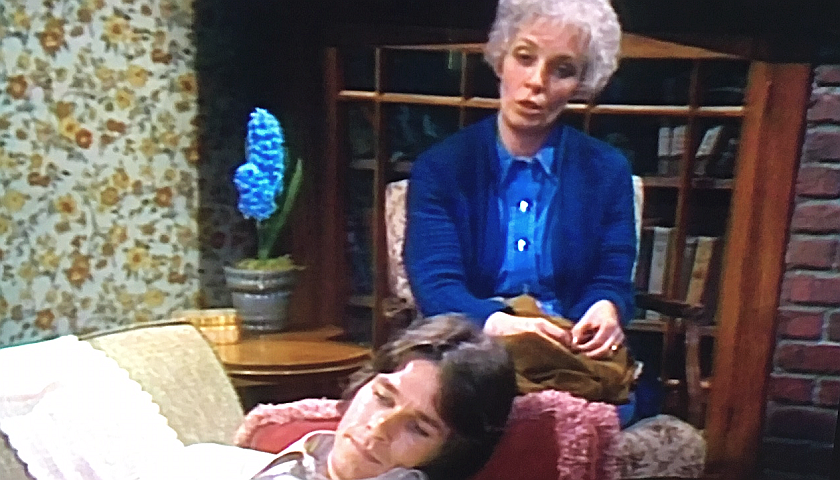 The Young And The Restless (Y&R) scoop for the week of July 20 suggests a week filled with fan favorite moments.

As most viewers are aware, Y&R has run out of original episodes to air. This is due to a halt in production because of the COVID-19 pandemic. But that doesn’t mean CBS is going to leave fans in the lurch.

On Monday, fans will be treated to the Y&R’s first two episodes that ever aired, on March 26 and 27, 1973. This was back when each show was a half hour long. The mysterious Brad Elliot (Tom Hallick) will arrive in Genoa City.

Then viewers will be introduced to the legendary Brooks and Foster families. And Liz Foster (Julianna McCarthy) kindly berates her son Snapper Foster (William Gray Espy) about all his studying.

“You’re going to train half your life away before you got anything to show for it,” she told him. But he assured her his training wouldn’t last forever. “In a few months you’ll have one son a lawyer and a year after that another a doctor,” Snapper said.

Tuesday’s show, which first aired on March 28, 1984 features Katherine Chancellor (the late Jeanne Cooper) checking out the results of her face lift. Cooper had the procedure done in real life and the operation was filmed and used on the show.

On Thursday, guest star Katy Perry will steal the spotlight during a photo shoot at Restless Style, in this episode that first aired on June 2, 2008. And finally on Friday, Neil will make amends at his son Devon Hamilton’s (Bryton James) wedding to Hilary Curtis (Mishael Morgan), in this episode from August 14, 2015.

It looks like the theme week we’ve all been asking for is coming up! Keep reading The Soap Scoop for more Young And The Restless spoilers and news. And make sure you join our free Facebook Group.