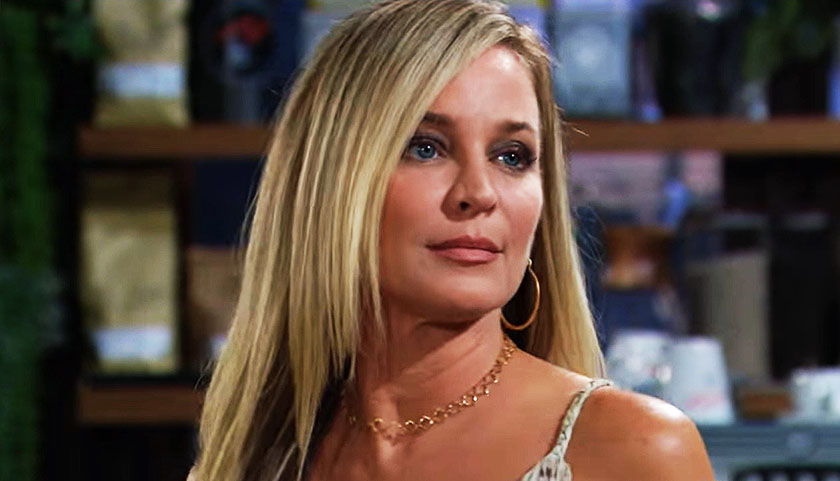 The Young And The Restless (Y&R) scoop for the week of July 19 suggests Adam Newman (Mark Grossman) will tell Sharon Rosales (Sharon Case) exactly how he feels.

Y&R spoilers tease Elena is not too fond of Imani, especially how she interacts with Nate Hastings (Sean Dominic). Amanda’s sister knows he’s dating Elena but doesn’t care. She’s attracted to him and figures he’s not married, so he’s available. However, Elena will stand her ground with Imani this week. But will she tell her to steer clear of Nate?

Y&R Weekly Scoop – This Will End Badly For Smilin’ Jack

Speaking of Amanda, will she finally uncover evidence that her grandfather had her father killed all those years ago? One would think that with Victor on her side, she can’t lose. However, knowing something and proving it are two different things. And in the Y&R weekly preview, Imani will storm into Amanda’s hotel room and tell her “we’ve got a problem.”

Meanwhile, Jack will run into Sally at Crimson Lights. After some flirty banter, Sally will ask him what’s going on between them. Is he asking her out? “How about tonight?” Jack will respond. At Society, Sally will blather on about how they can’t top their last date. Then she’ll grin and say she’s going to stop talking. “You look lovely and I’m really glad we’re doing this,” Jack will reply.

Unfortunately, Jack has turned into a cradle robber and Sally is taking full advantage of his preference for younger women. Remember how well it worked out for him with Kerry Johnson (Alice Hunter)?! Despite his warning to others about Sally, he’s falling back into her trap. And she’s playing him like a violin. This can only end badly for Smilin’ Jack.

Young And The Restless Scoop – Victoria Newman Had Been Warned

Then there’s Victoria, who will be stunned by what she discovers about Ashland. Will he betray her in their business merger or will she find out, as many fans have suspected, that he isn’t really dying? No matter what she uncovers, she won’t be able to say she didn’t see it coming. Both her parents were concerned and Billy Abbott (Jason Thompson) warned her about Ashland countless times.

Finally, viewers know Rey Rosales (Jordi Vilasuso) is out of town on a security detail with Chelsea Newman (Melissa Claire Egan). So, while the cat’s away, will the mice play? “I’d be lying if I said I didn’t miss you,” Adam will tell Sharon as the two of them are alone at Crimson Lights. Sharon will smile, but will she return the sentiments?

It looks like a great week is coming up!  Keep reading The Soap Scoop for more Young And The Restless spoilers and news. And make sure you join our free Facebook Group.