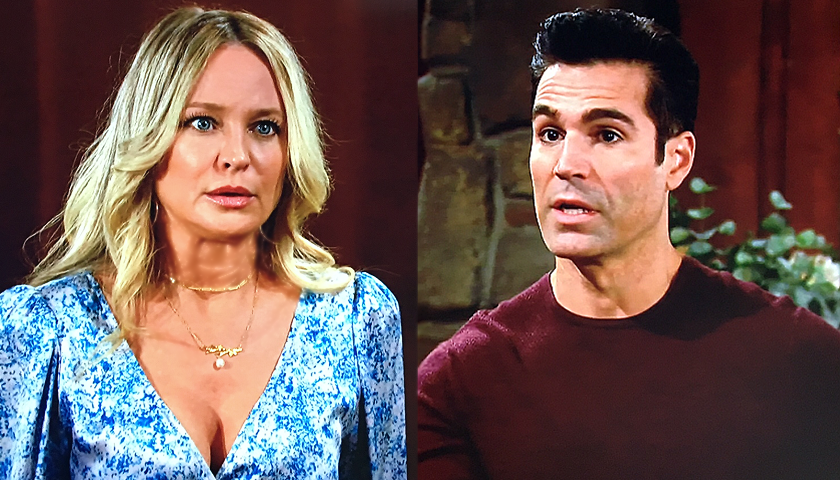 The Young And The Restless (Y&R) scoop for the week of February 8 suggests Rey Rosales (Jordi Vilasuso) will issue a stunning order to his wife.

Also coming up this week, Nate Hastings (Sean Dominic) will become suspicious and Amanda Sinclair (Mishael Morgan) and Devon Hamilton (Bryton James) get closer. Plus, Kyle Abbott (Michael Mealor) will make a confession and the Bold And The Beautiful’s (B&B) Bill Spencer (Don Diamont) will arrive in Genoa City.

Spoilers tease Amanda will encourage Devon to open up. “I want your deepest, darkest, secrets,” she tells Devon in the Y&R weekly preview. “The one that you’re afraid I’ll find out.” However, Amanda has no idea that his deepest, darkest secret is he slept with Elena Dawson (Brytni Sarpi) during the ice storm.

Meanwhile, Elena and Nate will be having fun in the sun, as they enjoy their Mexican getaway. But it’ll come to a crashing halt, when Elena makes an admission. She’ll tell Nate she had an unsettling dream that shook her. “Was it about Devon?” he will ask. Will Elena come clean about her steamy night with her ex?

Speaking of shook, Kyle Abbott will find out from Theo Vanderway (Tyler Johnson) that he may have fathered a child. While in New York four years ago, he had an affair with a married woman. Theo just met her son. “He has your dimples,” he’ll tell Kyle. And Sally Spectra (Courtney Hope) will hold it over his head. So, Kyle will feel like he has no other choice but to confess to Summer Newman (Hunter King). But how is she going to react?

Later in the week, Summer will welcome B&B’s Bill to the Jabot offices, after the Spencer Publications boss arrives in Genoa City. Viewers are also hoping he’ll come face to face with Sally in his travels. And Bill may even call her out for what she did to his son back in Los Angeles.

Finally, it looks like trouble in paradise for Rey and Sharon Rosales (Sharon Case). After walking in on Sharon and Adam Newman (Mark Grossman) holding hands and gazing at each other, Rey has had it. He’ll tell Adam to get out of his house and will make a demand of Sharon.

“I am drawing a line in the sand,” Rey will say. “I don’t want you to see Adam again.” Sharon will be stunned by her husband’s demand but will she agree to it?