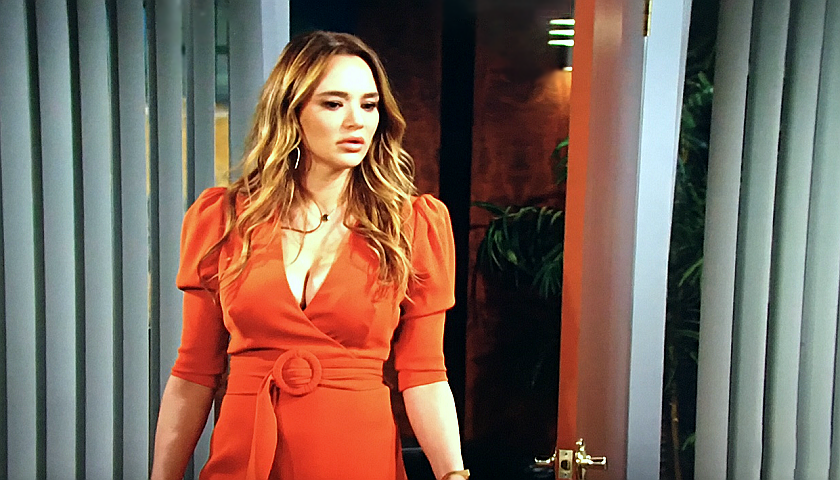 The Young And The Restless (Y&R) scoop for the week of February 22 suggests Summer Newman (Hunter King) will be confused by a photo.

Spoilers tease Sally will approach Phyllis at the Grand Phoenix and tell her she wants to upgrade her room. Phyllis will smugly say no upgrades are available. Sally will accuse her of not liking her and Phyllis will not deny it. She’ll tell Sally she may have fooled some people but, “I know what you’re up to. I know you. I wrote the book.”

At the Chancellor estate, Abby will be surprised when Devon Hamilton (Bryton James) offers to be her sperm donor. It’s a generous offer but Abby isn’t sure what to do. She’s been having doubts about even having a child now that Chance Chancellor (Donny Boaz) is gone. But will she take Devon up on his offer?

Meanwhile, Rey and Sharon Rosales (Sharon Case) will continue to argue about Adam Newman (Mark Grossman). Plus, Faith Newman (Alyvia Alyn Lind) will confront her with a photo of her kissing her ex. But later in the week, when Rey demands the truth from his wife, they’ll face a major crisis. Will Rey see the photo of Sharon kissing Adam?

Around the same time, Chelsea’s world will spin out of control. She has her suspicions about Adam and Sharon Rosales (Sharon Case) relationship, but will they be confirmed? Will Chelsea find out about her fiancé’s indiscretion?

Other spoilers tease Victor Newman (Eric Braeden) will plot against Billy Abbott (Jason Thompson). “I told Billy boy that he would have to pay for the exposé he did on Adam,” he tells Victoria Newman (Amelia Heinle) in the Y&R weekly preview. And Victor plans to make good on his promise.

Finally, Summer will walk into the Jabot boardroom and see a photo of a young boy on Kyle Abbott’s (Michael Mealor) laptop. “Who’s the kid?” she’ll ask him. Will Kyle confess that the boy might be his son?