Y&R spoilers tease Chance will look less than thrilled when his wife tells him Victor Newman (Eric Braeden) is planning a bash at the Grand Phoenix.

Y&R Video Scoop – Victor Wants To Throw Him A Party

“What matters is that you’re home with people who love you,” Abby tells him in the Y&R weekly preview. Chance will tell Abby that he’s grateful. “In fact, my dad is so excited that you’re back that he wants to throw a party to welcome you home,” Abby will say, as Chance makes a face. 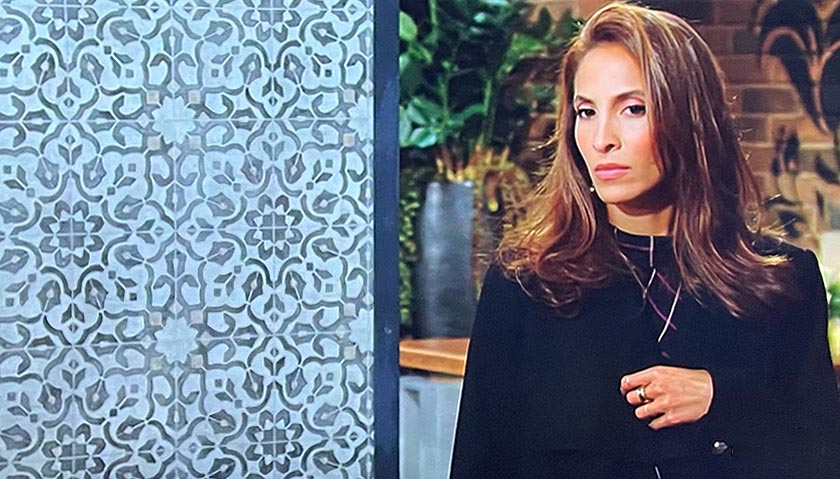 Meanwhile, Billy just never knows when to quit. He’ll approach his brother and make an outrageous suggestion. “I would like you to join me and buy Chance Comm from my mother,” he’ll say to Jack. Who wants to bet that Jack is going to turn him down flat?!

Finally, after hanging out with Billy while he drowned his miseries at Society, Sally will tell Adam all about it. And it’ll give him an idea. “I was thinking about what you said yesterday about your run in with Billy,” he’ll say. “Are you asking me to spy for you?” Sally will ask.

Young And The Restless Scoop – Lily Hanging On Their Every Word

However, neither Adam nor Sally will have any idea that Lily has just walked into the restaurant and is hanging on their every word. But what more will they reveal that Lily will overhear?