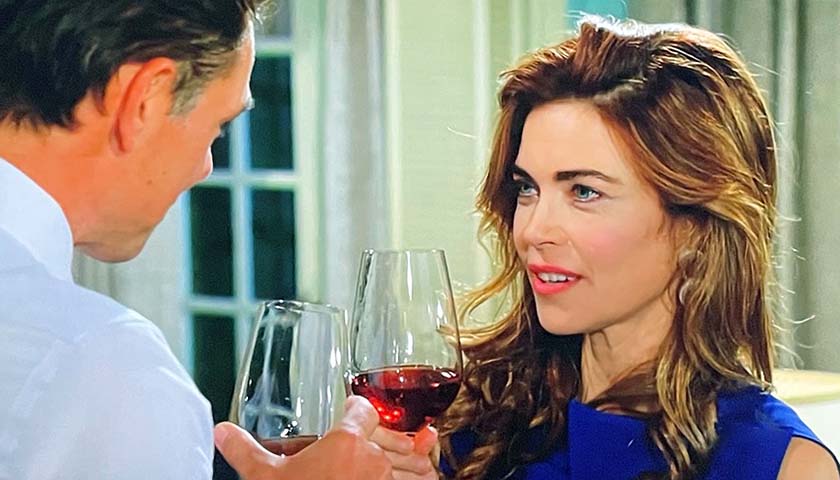 The Young And The Restless (Y&R) scoop reveals a reunion between Victoria Newman (Amelia Heinle) and Billy Abbott (Jason Thompson) could be on the horizon.

Longtime viewers know Billy and Victoria have had a stormy history. They have two children together and have been married several times. However, last week, the exes ran into each other at the Dive Bar and the chemistry between them was obvious.

Y&R spoilers tease on Monday’s episode, Victoria will decide to head home. She’ll look at her French doors and flashback to when she opened the curtains and Ashland Locke (Robert Newman) was standing there. Then Victoria will recall their fierce argument. She’ll glance over at the fireplace, where Ashland died, and she’ll shudder as she remembers what happened.

Y&R Scoop – Victoria Will Tell Billy About Everything

Then Victoria will jump, when there’s a knock on the door. She’ll open it and find Billy standing there. He’ll ask if it’s her first night back since Ashland’s death. “It struck me walking in here how nothing has really changed,” she’ll tell him. “And yet everything has.” They’ll embrace and Billy will ask why she came back. She’ll tell him the case is closed. He’ll ask her to be straight with him. “There’s more to Ashland Locke’s death than the rest of us know, isn’t there?” 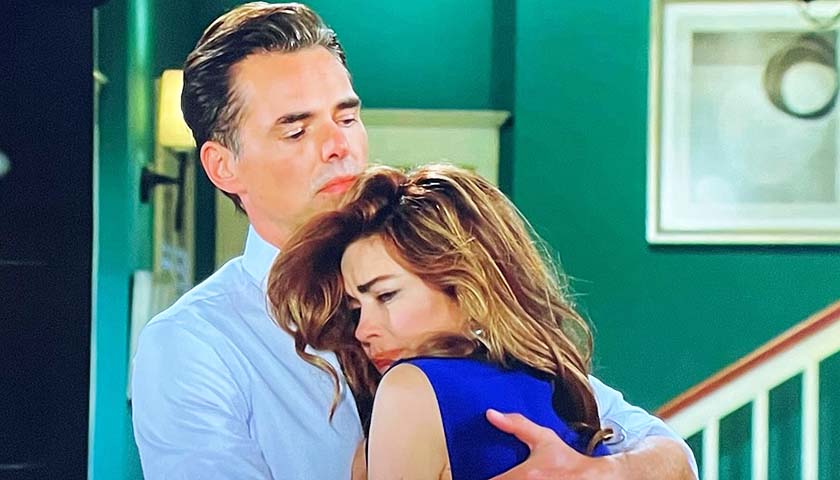 Then he’ll mention the house looks exactly the same as it did when they both lived there. And they’ll reminisce about old times. “Is it insane that you made me feel like I should be toasting the future?” she’ll ask, and grab a couple of glasses of wine. Billy will tell Victoria she’s an amazing woman and he’s proud of her. Then they’ll toast to new beginnings, which seems like a definite hints that a reunion could be on its way.

Of course, Billy is currently in a relationship with Lily Winters (Christel Khalil). So, in order to pave the way for a Villy reunion, something’s got to give. Y&R spoilers tease Chelsea Newman (Melissa Claire Egan) will soon make a move on Billy, but he’ll push her away. However, would he do the same if it was Victoria?

It’s also telling that Lily and Billy haven’t exactly been getting along lately. Lily chastises him about work. Plus, she’s always been jealous of her boyfriend’s protectiveness towards his ex-wife. Perhaps it’s for a good reason. But will Victoria and Billy get back together? Only time will tell.