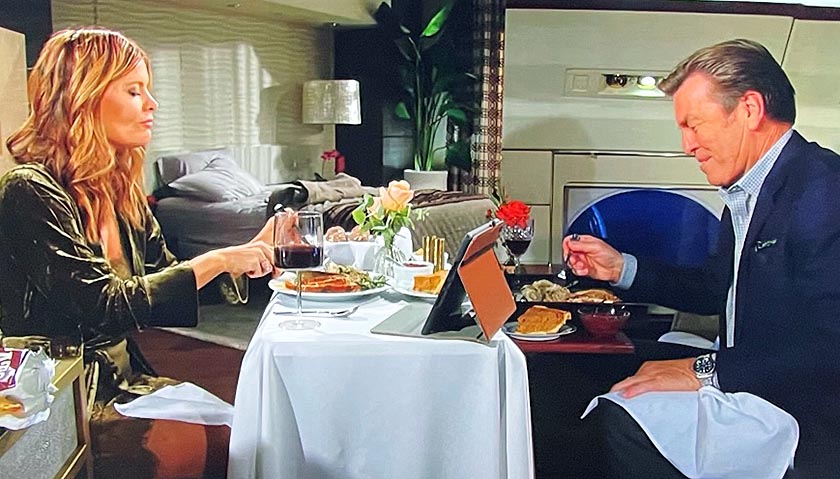 The Young And The Restless (Y&R) scoop for Wednesday, November 24 suggests a standalone episode dedicated to Phyllis Summers (Michelle Stafford).

Alone for Thanksgiving, Phyllis will lament her life and her decisions. Plus, Gloria Bardwell (Judith Chapman) will guide the redhead through a dream about her past relationships and why they ended so badly. Viewers should note that Thursday’s show will be a repeat of Victoria Newman (Amelia Heinle) and Ashland Locke’s (Richard Burgi) nuptials in Tuscany. And on Friday, the Y&R will be preempted for college football. But new episodes will be back on Monday, November 29.

Y&R spoilers tease Phyllis will run into Sharon Rosales (Sharon Case) at Crimson Lights. She’ll offer to help at the volunteer event. But she’ll exit quickly after Nick Newman (Joshua Morrow) walks in. At the Grand Phoenix, Gloria will pity Phyllis when she finds out she’s spending the holiday alone.

Phyllis will head to her room and after she hits the hay there’ll be a knock at her door. A glammed up Gloria will be standing there. She’ll tell her she’s there to help her. “So get dressed, let’s go, because you have places to be.” Her first stop is Crimson Lights, where Sharon will tell Phyllis she’s takes full responsibility for all the confrontations they’ve ever had. “Take yesterday for example, I was rude and out of line to probe you about your breakup with Nick and your relationship with Jack.” 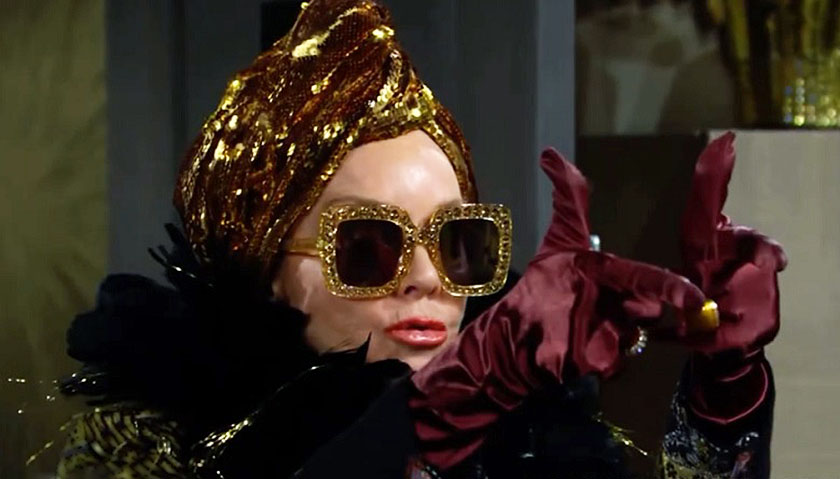 But suddenly, Phyllis will find herself at the Newman Ranch. And in a humorous scene,  Nikki Newman (Melody Thomas Scott) will tell Phyllis they’re all grateful to her for putting up with their family for years. “This is the best Thanksgiving I’ve ever spent with you all,” Phyllis will tell Nikki, Nick and Victor Newman (Eric Braeden).

At Society, Phyllis will be taken aback when Jack Abbott (Peter Bergman) is thrilled that he’s back together with Gloria. “This whole dream is like a mashup of irrational incidents,” Phyllis will say to Gloria. “Jack being in love with you, seriously? As if!” Then Phyllis march out to their table. “When you talk about the great love of Jack’s life returning, you’re clearly talking about me and not Gloria?” Phyllis will say to Jack. But the look on Ashley Abbott (Eileen Davidson) and Traci Abbott’s (Beth Maitland) faces will say it all.

Young And The Restless Scoop – Jack Delivers Thanksgiving To Phyllis

Traci will point out that Phyllis broke Jack’s heart, by sleeping with his brother no less. Then Billy Abbott (Jason Thompson) will appear and tell her it’s obvious she misses Jack. “When it comes to love, he’s relentless and that includes you.” Phyllis will realize Billy has it all figured out and just as he’s about to tell her how she can do the same, Gloria will pull her away.

Finally, Phyllis will wake up for real and find out someone has ordered food to her room. Jack will video call her from the plane and ask if she’s enjoying her meal. “I would have invited you to the  Abbott family dinner if I’d been there,” he’ll say. “But since I’m not, I had it delivered.” He also had turkey and stuffing delivered to the plane and he and Phyllis will eat Thanksgiving dinner together.

As viewers know, most of these standalone episodes can get rather tedious. But this one is an exception – it’s quite funny and worth watching. Keep reading The Soap Scoop for the latest soap opera spoilers and Young And The Restless spoilers and latest news. And make sure you join our free Facebook Group or leave us a reply in our comments section. But if you miss an episode, don’t fret. You can watch The Young And The Restless online at CBS.com.

Young And The Restless Scoop Tuesday, November 23: Victoria Offers To Buy Out Chance Comm And Keep Lily As CEO – The Verdict On Sutton Is In #YR #YoungandRestless #YoungandtheRestless #Ashtoria #Lilliam https://t.co/LcpkNuRF8Q