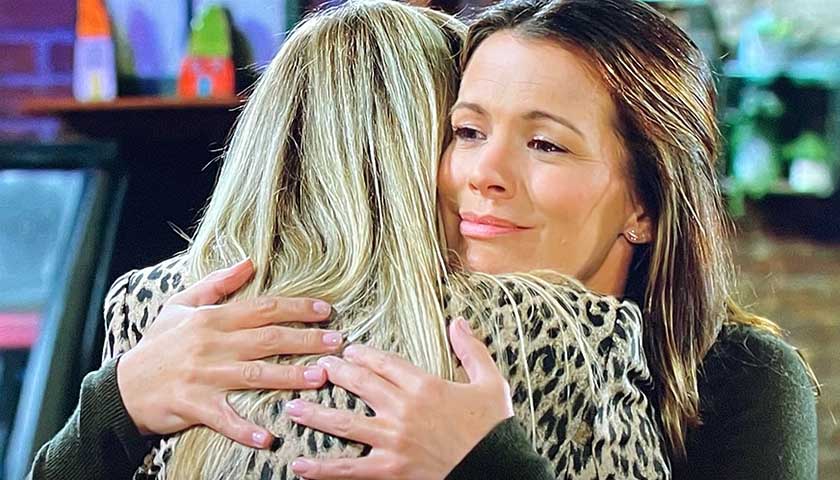 Y&R spoilers tease Chelsea’s therapist will approve her release. Adam will arrive and Chelsea will tell him she’s feeling better and eager to see Connor Newman (Judah Mackey). She’ll say it’s important that Connor knows the truth about what happened and it has to come from her. But Adam will tell her he thinks it’s premature. He’ll say Connor has been kicking himself for being too hard on her. He’ll worry their son is going to blame himself if she tells him everything.

Y&R Daily Scoop – Sally Meets With Nick For A Drink

At Crimson Lights, Sharon will tell Billy that Chelsea’s being released. Billy will say it’s not a great idea for Chelsea to go back to the Grand Phoenix. “I agree,” Sharon will tell him. “And I’ve already come up with a solution.” She’ll tell Billy Mariah Copeland (Camryn Grimes) and Tessa Porter (Cait Fairbanks) are relocating to the tack house. So, she’s going to offer their old apartment to Chelsea. Billy will think it’s a great idea. 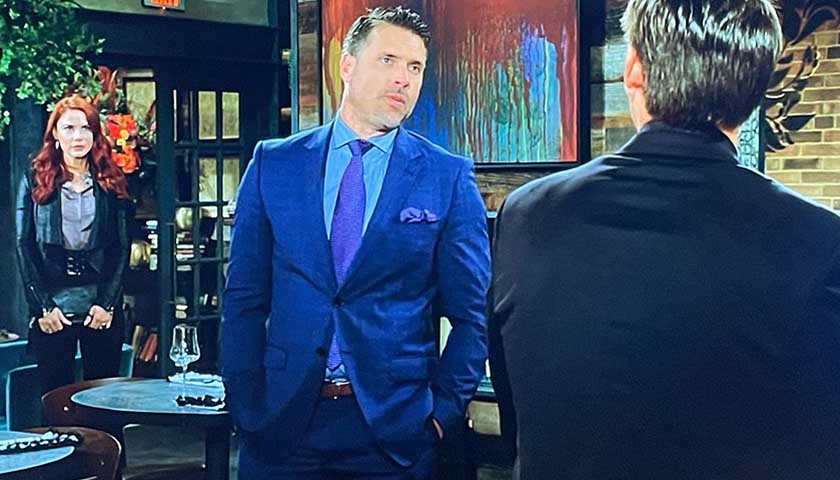 Then Adam will show up. He’ll ask Sharon what she thinks about Chelsea coming clean with Connor right away. Sharon will say if it’s what Chelsea wants then they should do it. Adam will say he wants to speak to Billy alone. He’ll thank him for saving Chelsea’s life, but he’ll ask why he’s still involved in Chelsea’s recovery. “What is it you’re after, Billy?” He’ll reply that he just wants Chelsea to be happy. “When I got Chelsea off that ledge, I promised to be there for her.”

At Chancellor Park, Chloe will meet with Sally and they’ll do some brainstorming. Then Nick will arrive and Chloe will tell him they want to get back into fashion again. Then she’ll make a pitch. And Nick will offer them a loan to start their own label. But Sally will decline. Chloe will leave and Nick and Sally will flirt. He’ll ask her to go for a drink and she’ll accept. But when she walks into Society to meet him, she’ll see Adam sitting at the bar.

Finally, Sharon and Billy will pick Chelsea up at the facility. They’ll head to Crimson Lights and Chelsea will begin looking online for a new place to live. “Tessa and Mariah were living upstairs for a little while but they’ve decided to move to the tack house,” Sharon will tell Chelsea. “Which means, the apartment upstairs is now up for rent, if you’re interested.”

But Chelsea will be stunned. “I don’t understand, why would you offer that to me after everything I’ve done to you?” she’ll ask. Sharon will say she wants to do it for her. “Thank you,” Chelsea will say as she embraces Sharon. “Thank you so much.”