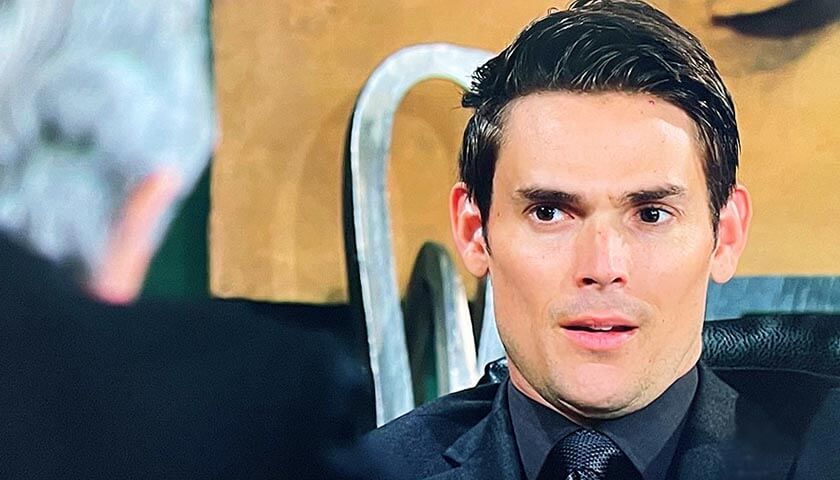 The Young And The Restless (Y&R) scoop for Wednesday, June 22 suggests Adam Newman (Mark Grossman) will tell his father he knows his days as CEO are numbered.

Y&R spoilers tease Billy will take a break at Chancellor Park and will leave a voicemail for his ex-wife. But he won’t realize Lily Winters (Christel Khalil) is standing behind him and listening in. “I’m not going to fight you on our custody arrangement. I want you to be happy, Vic. I really do.” Lily will make her presence known. She’ll thank him for taking her advice.

But Billy will say he has something he needs to tell her regarding his chat with Jill Abbott (Jess Walton). “After singing my praises, she warned me that I could self-sabotage again.” However, Billy will assure her there’s nothing to worry about. Later, when Lily’s back at the office, she’ll look as though she’s not so sure. 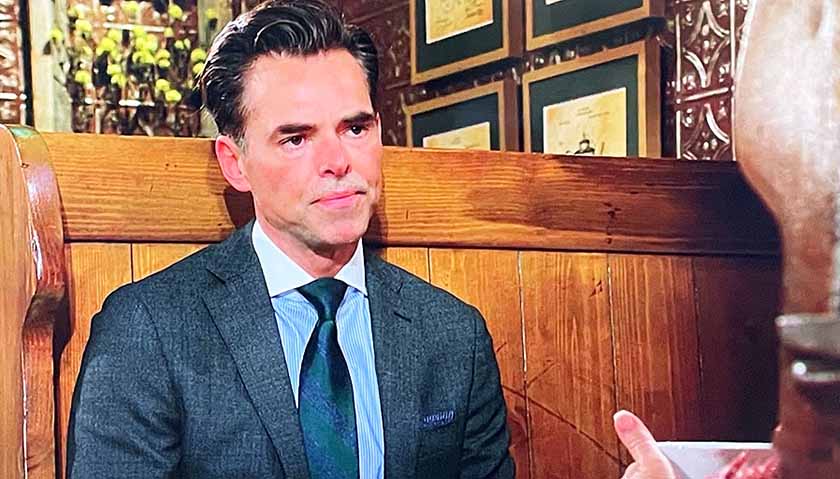 Billy will head to Crimson Lights and he’ll meet up with Nikki. She’ll ask him if he knows where Victoria and Ashland Locke (Robert Newman) are. He’ll say he has no idea and will tell her he reacted badly when Victoria told him she was reuniting with Ashland. But he’s decided to step back and is going to let Victoria live her life.

Meanwhile, Victor will walk into Adam’s office and will quip to his son that he’s not wasting any time making changes. “I know I have a lot to prove since my days here may be numbered,” Adam will reply. Victor will ask why he thinks that. “We both know why you appointed me CEO,” he’ll say. “It has little to do with my abilities and everything to do with Victoria.” Adam will tell Victor he’s aware the promotion was a message to Victoria. “My very presence here is a jolt to her ego to bring her back to reality.”

Young And The Restless Scoop – Adam Needs To Prove His Worth

Victor will say he always knew he was smart, but no one can predict Victoria’s reaction. Even if Victoria does return, Adam will say he plans to dazzle him. Victor will remind him about the last time he sat in the chair. Adam will admit he was arrogant and didn’t listen to those who tried to help him, but he’s different now. “If you let me do this, I swear I will do it better than Victoria,” he’ll tell his father.

Michael will interrupt them when he walks into Adam’s office. He and Victor will head to Society and Victor will give him another assignment. He wants Michael to track down Victoria and Ashland, but Michael will push back. “I hate Ashland almost as much as you do,” Michael will say. “I understand how difficult it is to let go, perhaps it’s time.” He’ll tell Victor that Victoria will come home eventually. But Victor will insist that he find them.

Finally, Adam will arrive at his old office to see how Sally Spectra’s (Courtney Hope) first day as Newman Media CEO is going. She’ll thank him for the CEO plaque he had made for her and he’ll tell her about his conversation with Victor. “What you need to do is make a splash to prove that you deserve to be there,” Sally will advise him. But will Adam be able to dazzle Victor?