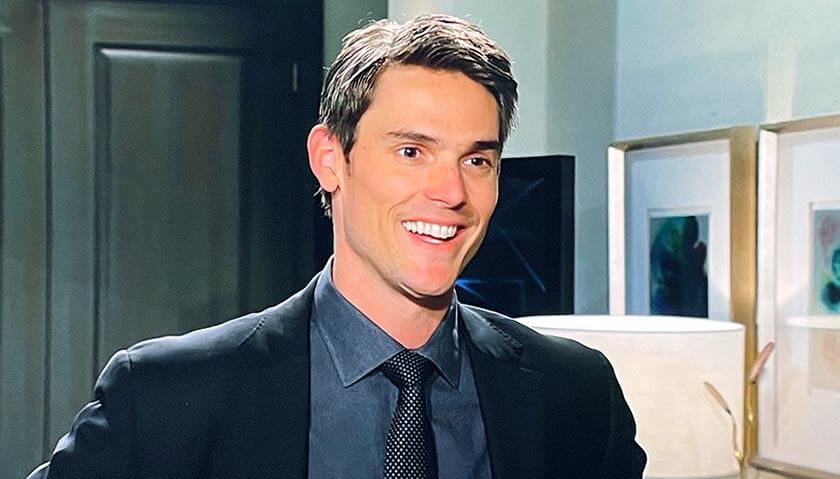 The Young And The Restless (Y&R) scoop for Wednesday, June 15 suggests Adam Newman (Mark Grossman) will get great news from his father.

Also coming up, Nate Hastings (Sean Dominic) will go rogue at the Chancellor Winters launch. Plus, Abby Newman (Melissa Ordway) will get angry when she spots a party crasher. And Diane Jenkins (Susan Walters) will play on Jack Abbott’s (Peter Bergman) sympathies.

Y&R spoilers tease Lily Winters (Christel Khalil) will welcome everyone and say at some point in the future, they’ll look back on this night and realize it was the start of something really special. She’ll thank Chancellor’s owner Jill Abbott (Jess Walton) and introduce her brother. Devon Hamilton (Bryton James) will begin his speech. But a couple of reporters will ask him for specifics, like the direction of the company and their first few projects. However, Devon will reveal nothing.

Y&R Daily Scoop – Abby Tells Diane She Is Not Welcome

Then he’ll introduce Nate, who will go off script. “Chancellor Winters will be launching not one, not two, but 50 new podcasts in the coming weeks,” he’ll say. “And I can promise you this, each and every one of them is going to be spectacular.” Lily won’t look happy but will later admit Nate was right and his speech created a lot of buzz. Devon, however, will still be angry. 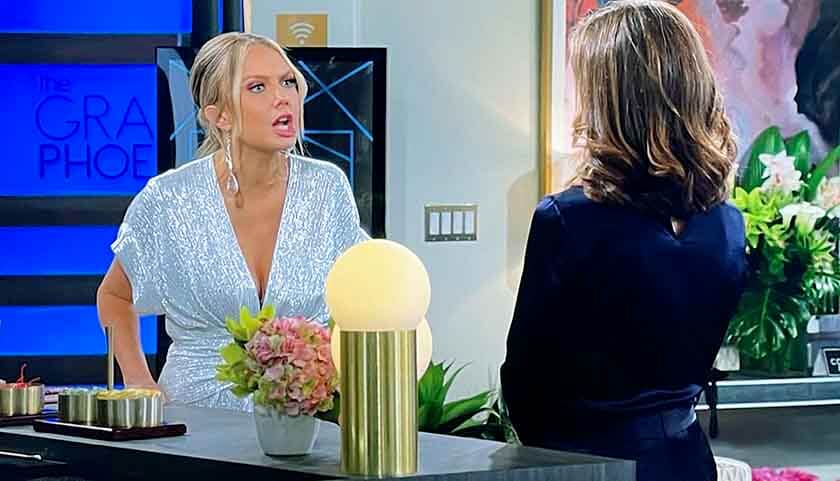 In the lobby, Abby will see Diane walk in. “How many events do you have to crash before you realize that you are not welcome?” she’ll ask her. “Having to deal with hateful people like you will only make me stronger,” Diane will reply. Jack will approach Diane and she’ll say she’s worried Kyle is going to change his mind about her. Jack will tell her he’ll meet her later at Society. When he arrives, he’ll dispel her doubts and say Kyle has every intention of getting to know her. Diane will play the poor me act, saying she’s exhausted trying to hold her head up when everyone in town is throwing grenades at her.

At Newman Media, Adam and Sally Spectra (Courtey Hope) will deal with a crisis. She’ll tell him to head to the party without her. Adam will finally arrive at the launch party and Victor Newman (Eric Braeden) will tell him he’s glad he’s there. “You should be seen like a mogul,” Victor will say. “I’m gonna make an announcement tomorrow morning, saying that you will be the new CEO of Newman Enterprises.”

Adam will be stunned and happy and will tell Victor he doesn’t know what to say. Victor will ask him if he wants the job. Adam will say of course he does. Nikki Newman (Melody Thomas Scott) will purse her lips and tell Adam she’s going return to her COO position. Victor will point out the CEO title will be entirely his. “I appreciate the vote of confidence,” Adam will say. “I won’t let you down.” Then Adam will ask if Sally will be running Newman Media. Victor will say yes and Nikki will ask him to pass on her congratulations on to Sally.

Finally, Adam will return to the office with a bottle of champagne. Sally will ask him if he grabbed it from the party. But he’ll say he bought it. “You are looking at the new CEO of Newman Enterprises,” he’ll say and Sally will embrace him. “And I am looking at the very beautiful new CEO of Newman Media,” he’ll tell her. So, Adam and Sally’s dreams have come true, but how long will it last?