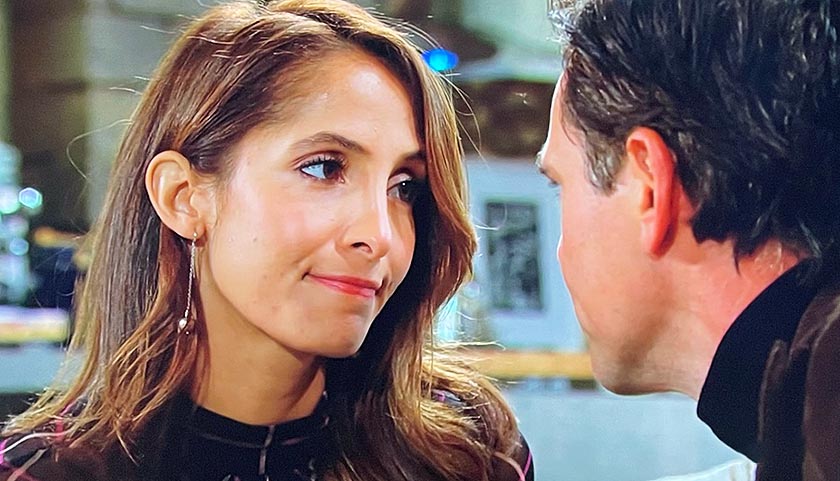 Also coming up, Jack Abbott (Peter Bergman) will turn down Billy’s idea and then he and Phyllis Summers (Michelle Stafford) will talk about their past. Plus, Chance Chancellor (Conner Floyd) will feel guilty and Adam Newman (Mark Grossman) will try to recruit Sally Spectra (Courtney Hope).

Y&R spoilers tease Sharon Rosales (Sharon Case) will tell Rey Rosales (Jordi Vilasuso) he’s hard to shop for. She wants him to give her a hint on what he’d like for Christmas. When he doesn’t, she’ll spot Esther Valentine (Kate Linder) walk into the coffee shop. Sharon will ask her if Kevin Fisher (Greg Rikaart) has mentioned anything about Rey to her. Then they’ll get to talking about how happy everyone is that Chance has returned.

Speaking of Chance, he will tell Abby Chancellor (Melissa Ordway) he looks around and thinks about all the moments he’s missed. He feels guilty. She’ll tell him all that matters is he’s home now. Nina Webster (Tricia Cast) will video call and tell Chance when she woke up, she felt like she’d dreamed her last conversation with him. Chance will smile and assure her he’s real. Then Rey will show up and they’ll hug. Rey will tell him everyone at the station misses him. He’ll reply that he’s not quite ready to come back yet. 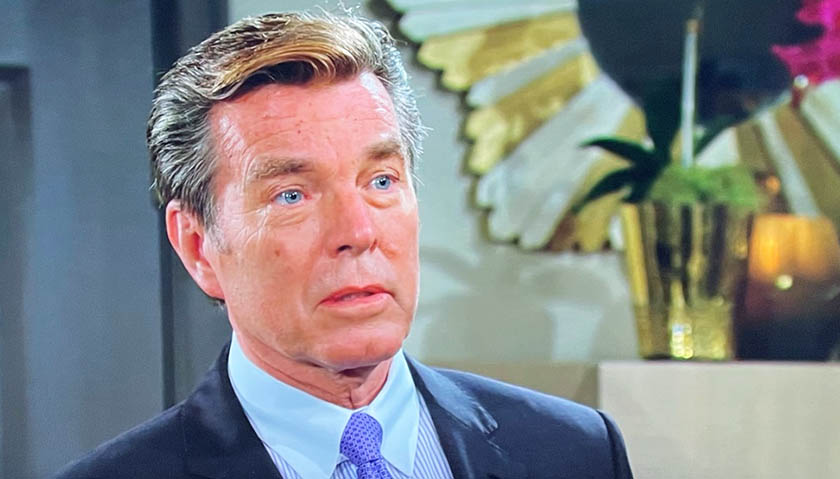 At the Grand Phoenix, Billy will tell Jack he woke up with a great idea – the two of them should buy Chance Comm. Billy will say it would be a big win for Jack over Victor Newman (Eric Braeden). Plus, it’d be a chance for him to get back at Victor and Adam. “And there it is,” Jack will reply. He’ll tell Billy he’s been there before. “I’m not going to enable your latest addiction.” Then he’ll advise his brother he needs to accept his stint at Chance Comm is over. “Let it go.”

Jack will meander over to the counter and notice Phyllis is acting off. He’ll ask if they can talk somewhere more private. When they get to her room, Jack will tell her she seems awkward and nervous. He’ll apologize for admitting his feelings to her a few months ago. She’ll say there’s no need. “I think our friendship is stronger than ever.” Jack will admit he can’t gloss over the pain from their past and how his heart was broken. “I’m not going to put myself in a position where it gets broken again,” Jack will tell Phyllis. “I could not handle that.”

Meanwhile, Adam will ask Sally to find out what’s going on with Billy. Sally will wonder if he’s asking her to spy for him. Lily will eavesdrop on them and listen in as Adam tells Sally he’s worried about Billy. “You’re saying you suddenly have empathy for Billy?” Sally will ask. Adam will admit maybe he went too far. Lily will roll her eyes.

Finally, when she gets home, Lily will tell Billy everything that she heard. He’ll say this means Adam and Victor aren’t resting on their laurels and he’ll have to put his plan into action. Billy will ask Lily if she supports him. “Even though I have some misgivings about what you plan to do, I believe in you,” she’ll say. “And I love you.” But what is Billy up to?

Young And The Restless Scoop Tuesday, December 7: Jill Accuses Victoria Of Being In On The Plot To Take Billy Down – Genoa City Welcomes Chance Home #YR #YoungandRestless #YoungandtheRestless https://t.co/5CR51qM7OB