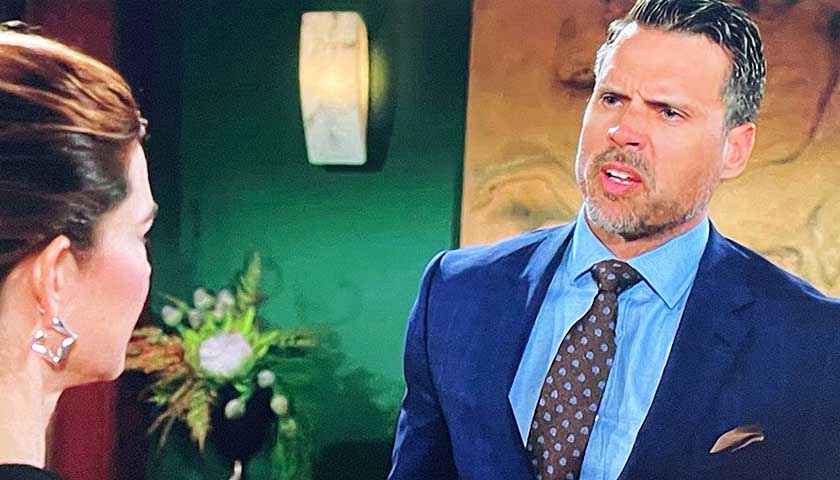 The Young And The Restless (Y&R) scoop for Tuesday, September 20 suggests Nick Newman (Joshua Morrow) will not be on board with his sister’s acquisition plan.

Y&R spoilers tease Kyle will tell Diane Jenkins (Susan Walters) and Phyllis Summers (Michelle Stafford) that he and Summer didn’t invite them to Society for fun. “We are done refereeing your feud,” Summer will add. They’ll tell their mothers if there’s one more incident or confrontation, no matter who provoked it, they’re both out. “That’s not fair!” Diane will say and Phyllis will agree. But they’ll also both agree to play nice.

In Los Angeles, Nikki will tell Talia that Deacon Sharpe (Sean Kanan) could take the Diane story in a whole new direction. Talia will notice Nikki she seems a little nervous about meeting with Deacon. “He was perfectly fine with me being accused of a murder I didn’t commit, so yeah, I have my issues with him,” Nikki will reply.

However, her end goal is still exposing Diane as a fraud. Talia will say it sounds like Deacon could knock her off her guard. She’ll tell Nikki it might help her to talk about it. And, as Nikki confides in Talia about her troubled history with Deacon, viewers will see flashbacks galore. Then she’ll text Deacon and ask him to meet at the Beverly Palm Hotel.

Meanwhile, Nate will help Imani through a personal conflict, when she tells him her father collapsed. He’ll call her father’s doctor and find out the collapse happened due to extreme exhaustion. “Your father’s going to be just fine,” Nate will tell her. He’ll suggest she go visit him in Virginia. Then Imani will encourage him to return to his job, unless Devon Hamilton (Bryton James) has crushed his determination. “Trust me on this, Devon has not undermined my confidence,” he’ll reply. Imani will say she hopes he’s back at the company when she returns. “That is the plan,” he’ll say.

Finally, Victoria will tell Nick she’s come into some lucrative information. Devon and Lily Winters (Christel Khalil) are taking Chancellor Winters public. She’ll tell Nick her plans to buy all the shares and acquire the company. Nick will ask her how she learned about it. “Did Nate bring this to you?” He’ll say he knows Nate’s having a hard time there, but “it seems extremely vindictive. What’s in it for him?” Victoria will tell Nick he wants the leadership of Chancellor Winters. “Everything he is doing is completely unethical,” he’ll reply. “And if he benefits from this financially, it’s going to invite some serious SEC scrutiny.”

Nick will warn Victoria that Devon and Lily are going to take it personally. Then he’ll ask her if she’s run it by Victor Newman (Eric Braeden) yet. Victoria will say she’s going to and she believes it’s exactly the kind of move their dad would make. She’ll remind Nick that Victor once owned Chancellor and it was hard for him to sell it. “Now here we are,” Victoria will say. “We have the perfect opportunity to get the company back.”

After Nick leaves, Victoria will call Nate. “I’ve been thinking about your proposal and I’d like to meet,” Victoria will tell him. But will she heed Nick’s warnings, or roar full steam ahead with Nate’s plan?