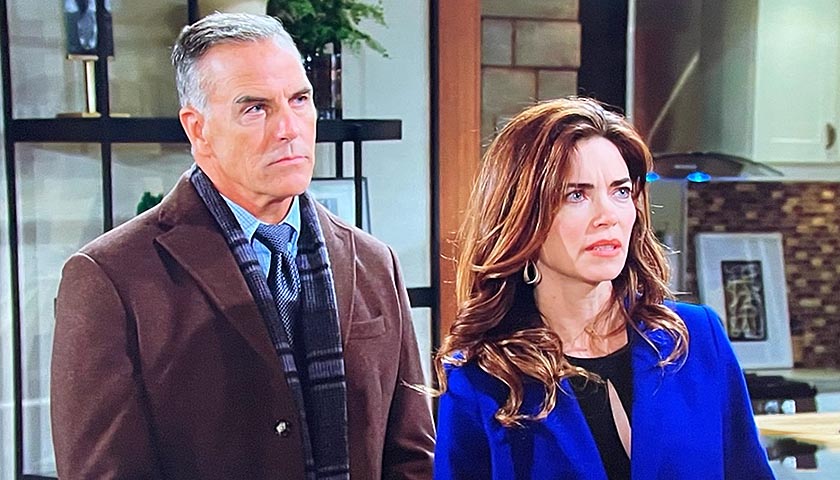 Y&R spoilers tease Elena Dawson (Brytni Sarpi) will visit Devon and tell him Dominic’s got a heat rash. Everything is fine and Elena will comment that she likes seeing him with the baby and she’s glad he’s happy these days. Than Amanda will arrive and tell them Sutton’s verdict is in.

At Society, Imani will tell Amanda it feels unreal that her grandfather is now a convicted felon. “I idolized him,” she’ll say. You read that right – there’ll be no courtroom scenes or drama when the guilty verdict comes in, just Sutton’s grandchildren discussing it afterwards. 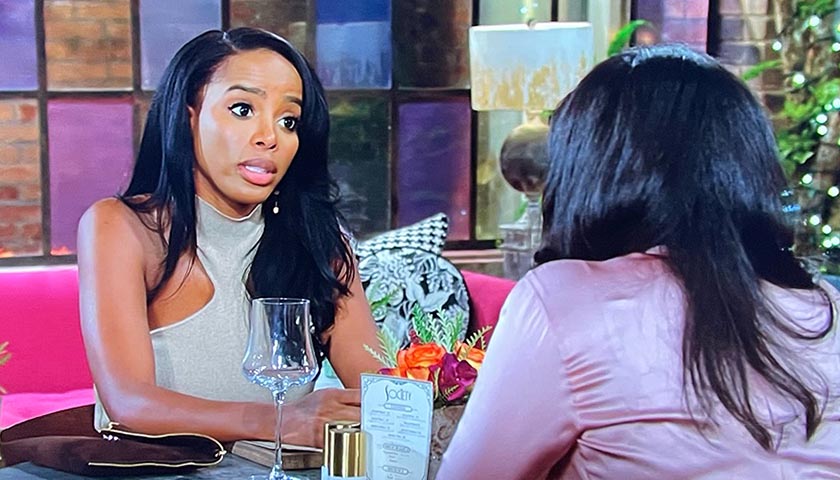 Meanwhile, Ashland will tell Victoria that Victor Newman (Eric Braeden) and Adam Newman (Mark Grossman) are waiting for Billy to let his guard down. She’ll point out that Ashland was the one taking all the risks. “So why is Newman Media reaping all the benefits?”

At Billy and Lily’s apartment, they’ll argue about him going to Victor and offering to resign. Billy will tell Lily maybe Victor might not be as obsessed about coming after them now.  But Lily will say that’s not going to happen – the damage is done. “I love you…but you’re so impulsive, you don’t think about the consequences of your actions.”

Then there’ll be a knock on the door and Victoria and Ashland will be standing there. “What do you want?” Billy will ask. “I sold you my media company and you continually use it against my husband,” Victoria will reply. Ashland will say they’d like to make them an offer. They’d bring Chance Comm into the Newman Locke fold, with Lily as the CEO. But Billy would be out. Billy will ask if Victoria is okay with that. “Oh Billy, you’re always so slow to catch on,” Ashland will say. “It was Victoria’s idea.”

When they’re back at the office, Victoria will tell her husband she thinks Billy’s going to “go off the rails again,” so she’s thinking of sending the kids to boarding school. At Society, a sulking Billy will sit at the bar and drink. Back at the apartment, Lily will leave Jill a message. “We need to discuss the situation at Chance Comm,” she’ll say.