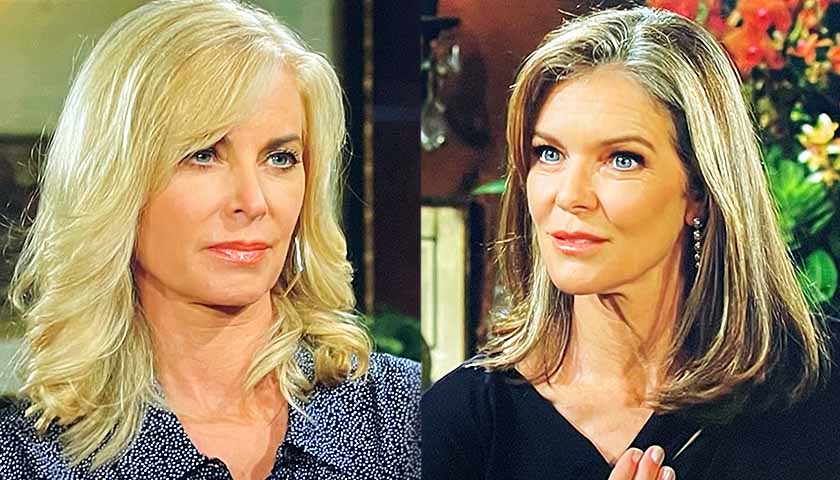 Y&R spoilers tease Jack will show up at Tucker’s hotel room. He’ll tell him whatever he has planned, it’s not going to work. Tucker will play dumb, and say he has no idea what Jack’s talking about. “Jabot,” he’ll reply. “You’re going after my company.” But Jack will say he can’t have both Ashley and Jabot. Tucker will tell Jack Ashley’s smarter than he is and he won’t disagree. “But you would be a fool to think you can outwit both of us.” Tucker will say that means he knows the truth. “That you, by yourself, are no match for me.”

At Society, Lily and Daniel will have a drink and talk about old times. Then he’ll say he was surprised to hear she and Billy Abbott (Jason Thompson) were a couple. Talk will turn to Genoa City and Daniel will say it’s changed. “But you Lily, you look…” 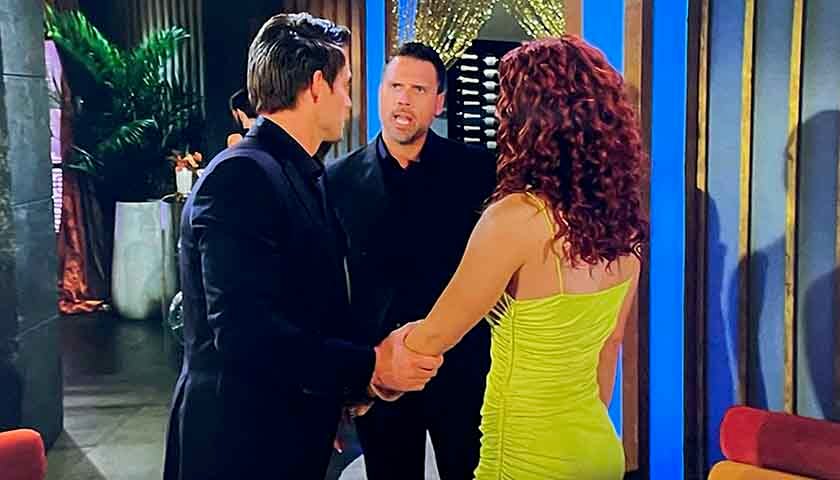 Then Billy will walk in and interrupt. They’ll chitchat and Daniel’s food will arrive. He’ll  leave and Billy will make an unpleasant suggestion to Lily. He’ll say he’d like Chelsea Newman (Melissa Claire Egan) to have the option to spend Thanksgiving with them, if she needs to. Lily will make a face. She’ll say she’s sensitive to Chelsea’s situation but he’s making assumptions. “So, why don’t we just enjoy our holiday and see what happens.”

Meanwhile, Sally won’t answer Adam’s proposal and he’ll continue pleading with her. Eventually, she’ll move away from him, but he’ll grab her arm. Nick Newman (Joshua Morrow) will run over. “Take your hands off her,” he’ll tell his brother. “Now.” Sally will tell Adam she listened to him. “Now do something for me and stop this.” However, Adam never knows when to leave well enough alone and he’ll follow Sally to her hotel room. She’ll let him in and ask him why he’d propose to her when she’s on a date with Nick. Adam will say because he knows they belong together. “I have never had more clarity about anything in my life.”

Finally, Diane will walk into the Abbott home, looking for Kyle Abbott (Michael Mealor). But she’ll find Ashley instead. “Oh my God,” Ashley will say. “You don’t even bother knocking anymore.” And it won’t take long until they’re arguing. Diane will tell Ashley if Jeremy Stark (James Hyde) causes problems for her, he’ll also cause problems for her whole family. Ashley will accuse her of using her own grandson as a human shield. “You are putting everyone in jeopardy,” Diane will reply. “You’re buying into Tucker’s game.”

Then Jack will arrive home and tell them to stop sniping at each other. Jack will tell Ashley and Diane he just had an unpleasant meeting with Tucker and he thinks Diane is right. “He’s coming after Jabot.” Diane will say they need to figure out what Tucker is planning and how to stop him. “And what you need is allies,” she’ll tell Ashley. “And you couldn’t ask for a better one in this situation than me.” But will Ashley forge an alliance with Diane?

One Thought to “Young And The Restless Scoop Tuesday, November 22: Diane Suggests An Alliance With Ashley To Stop Tucker – Adam Pleads With Sally – Lily And Daniel Catch Up”