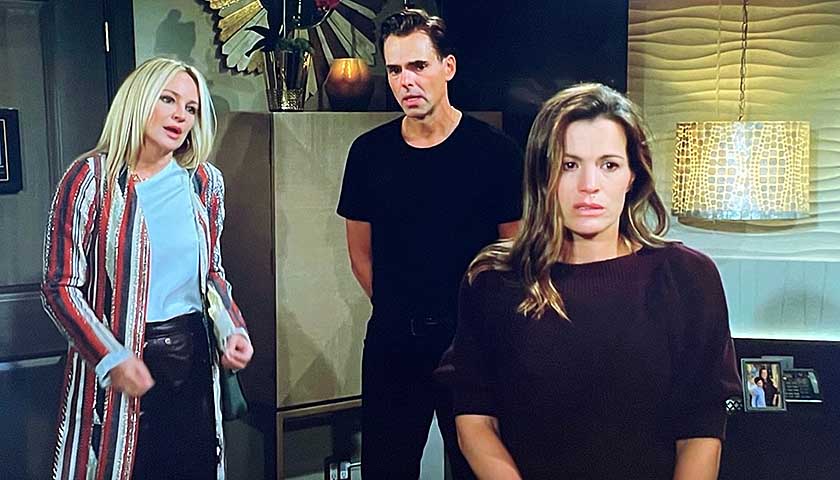 Also coming up, Abby Chancellor (Melissa Ordway) will get into an argument with Chance Chancellor (Conner Floyd). Plus, Devon Hamilton (Bryton James) will give Victoria Newman (Amelia Heinle) a warning about Nate Hastings (Sean Dominic). And Billy Abbott (Jason Thompson) will tell Chelsea she has much to live for.

Y&R spoilers tease Abby will spot Chance sitting alone at Crimson Lights. She’ll be angry that he chose to go there, instead of returning home. “I was gonna come home, just catching a little peace and quiet by myself,” he’ll reply. Then she’ll ask what’s going on with him. Chance will say things are good, until he gets called into work. “You get resentful.”

Y&R Daily Scoop – Devon Tells Victoria To Watch Her Back

Over at Society, Devon will hear Victoria say Nate is going to be Newman Media’s new CEO. He’ll approach them and tell Victoria he knows why she’s hiring his cousin. “It’s pretty damn obvious you’re the one he’s been colluding with the whole time.” Victoria will ask Devon what he’s accusing her of. “Let me make it clear then. You’re the CEO that he was going to sell his shares to.” 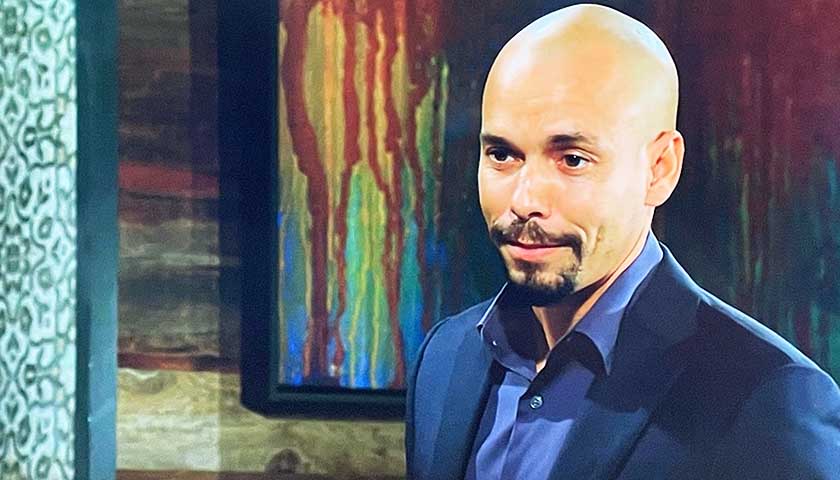 Nate will say it’s a non-issue, but Devon will continue. “Is it that you don’t have enough? You just absorbed Locke Communications Group, you scammed your way into buying Chance Comm and now you want to go after and take control of the company that Neil left behind?” he’ll say to Victoria. “That’s how you try to honor his memory?” Victoria will say it’s just business and now Nate is going to become part of her business family. “Watch your back, because he doesn’t really value family the way that you do,” Devon will warn Victoria. “Newman Media might not be enough for him one day, he might go after your job. So, good luck.”

Meanwhile, Adam Newman (Mark Grossman) will head back to the club. He’ll tell Lily Winters (Christel Khalil) he found Billy and Chelsea up on the roof. He’ll say Chelsea looked really upset and he wondered what Billy said to her. “I’m sure Billy didn’t upset Chelsea,” she’ll reply. “He was worried about her.” But Adam won’t let up, so Lily will storm off.

Young And The Restless Scoop – Rey Gave Chelsea Another Chance

In Chelsea’s hotel room, she’ll tell Billy to leave but he’ll say he’s not going anywhere. “That’s not your call Billy,” she’ll tell him. “I’m in pain and I figured out a way to stop it. And you took that choice from me. “ Billy will say he’d do it again in a heartbeat. “You just have too much to live for.” Then Adam will knock on the door, but Billy and Chelsea will stay silent. Eventually, she’ll say she’s exhausted and he’ll tuck her into bed. Billy will go into the bathroom and call Sharon, asking her to come to Chelsea’s hotel suite.

Finally, Sharon will arrive. Billy will tell her he found Chelsea on the roof and she was ready to jump. Sharon will say the next 72 hours are critical and they need to get her into a facility. They’ll walk into the room and Chelsea will be up, but she won’t be happy. Sharon will tell Chelsea they have a complicated past but to trust her. “And if you can’t trust me, then trust Rey,” she’ll continue. “He would want to see you take this step, he saw the good in you. That’s why he gave you another chance. Will you let us help you?” And Chelsea will shake her head yes.