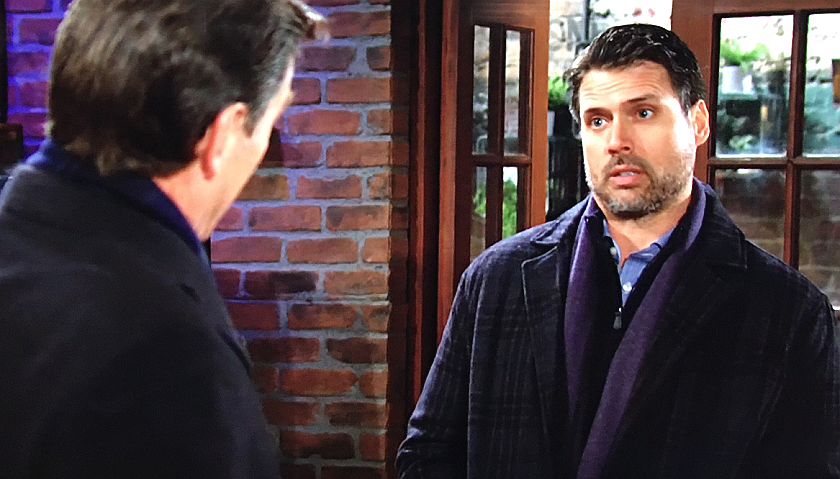 Spoilers tease Chelsea Newman (Melissa Claire Egan) will continue to make progress, while hiding it from Adam Newman (Mark Grossman). When Adam leaves, Chloe will come over and she’ll ask Chelsea if she’d be able to move her hand enough to write something in her phone. Chelsea will write “Sharon” and “Adam.”

At the Grand Phoenix, Nick will ask Phyllis about the pink laptop she’s staring into. She’ll try to hide it from him but will finally admit it’s Sally Spectra’s (Courtney Hope). He’ll rightly assume she used her manager’s key to get into Sally’s room. “You need to put that in your advertising,” Nick will say. “The Grand Phoenix – where privacy is overrated.” Then he’ll accuse Phyllis of liking conflict and always having to focus on a nemesis, but she’ll deny it.

Young And The Restless Weekly Scoop March 1 to 5: Phyllis Schemes To Take Down Sally – Lily Has It Out With Victoria – Jack Defends His New Relationship #YR #YoungandRestless #YoungandtheRestless #Skyle #Demanda https://t.co/IUq0Mb2MDk

However, Phyllis will then meet with Lauren and she’ll badmouth Sally. “I’m pretty sure Sally has some sort of plan going on regarding Jack,” she’ll inform her friend. “There was an extensive search on Jack and the entire Abbott family. She’s definitely after Jack.” Lauren will defend Sally and say they’re both adults and she doesn’t think it would be so horrible if they became friends or even more.

Meanwhile, Nick will run into Jack at Crimson Lights. He’ll warn him that Phyllis is worried about him and she’s made it her mission to go after Sally. Jack will tell Nick Phyllis needs a hobby. “Please tell her not to worry about Jack. Jack is doing just fine.”

Finally, Kyle will try to brush off Jack and Summer Newman (Hunter King) when they ask him why he was going to fly to New York. When Jack leaves to give them some privacy, Summer will ask him if he was going to New York to see Tara Locke (Elizabeth Leiner). “Is there more to the story?” she’ll ask. Kyle will lie and say there isn’t.

“Can’t bring yourself to tell her huh?” Sally will say after Summer leaves. “Because you know it’ll blow everything up.” Kyle will continue to deny that Harrison is his son. Sally will advise him that if he does find out the kid is his, he should just forget he ever heard of him. But can he do that?