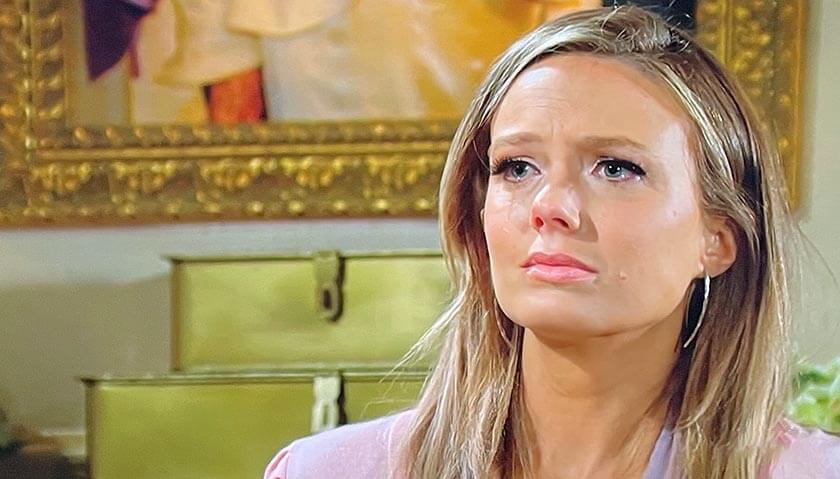 Y&R spoilers tease Billy will be frustrated when he comes downstairs in the morning, only to find there’s no coffee and Lily’s already left. He’ll head to Crimson Lights and join Jack and Amanda Sinclair (Mishael Morgan) for a caffeine fix. Jack will say he looks tired and he’ll admit he is. He’s been having a bout of insomnia. Jack will suggest he may have some issues he’s not willing to confront.

Jack will then head to Society and meet up with Lauren. She’ll express her agitation at Michael taking a job with Victor Newman (Eric Braeden). “Of course Michael said ‘I’m not going to let this take over my life,'” Lauren will tell Jack. “And what happens? The minute Victor could, he sends him to South America on a secret mission.” She’ll then ask Jack how it’s going with Phyllis and he’ll say they’ll figure it out. However, when Lauren leaves, he’ll take out his phone to call Red. But he’ll quickly put it back in his pocket. 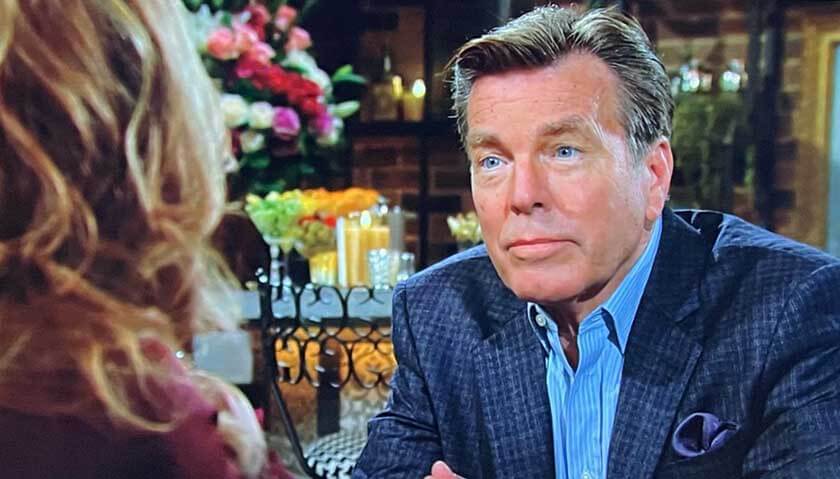 Meanwhile, Lily will show up at Devon’s and ask if he has time to talk. She’ll say she was looking through some upcoming Chancellor Industries projects. “What if we joined forces?” she’ll ask Devon. She wants to honor the late Katherine Chancellor (Jeanne Cooper) and Neil Winters (Kristoff St. John). Devon will be intrigued. But his phone will ring and it’s Abby. He’ll tell her he has to go.

At the Chancellor estate, Abby will fret over Dominic. Chance Chancellor (Conner Floyd) will tell her they need to wait for the lab results. He’s sure their baby boy will be fine. She’ll remember that he’s supposed to be at the precinct but he’ll say he already told them he wasn’t coming in.

Young And The Restless Scoop – Frightened Abby Lashes Out At Devon

Devon will arrive and they’ll tell him Dominic’s tests came back normal. But they’re waiting for blood test results. Abby will start to blame herself but Chance will tell her not to. “Chance is right,” Devon will say. “What’s going on with Dominic has nothing to do with you, or anything you’ve done.” However, Abby will take it the wrong way. She’ll ask if he’s accusing her of overreacting. “So you telling me to calm down, it’s just making me more anxious,” Abby will tell him.

Finally, the pediatrician will call and Abby will look grim after she hangs up. “Dominic’s red blood cell count is low,” she’ll tell Chance and Devon. The doctor told her he needs a bone marrow aspiration. Devon will comment that it sounds severe. “She said that Dominic needs to go back as soon as possible to get more tests.” But will baby Dominic be okay?

One Thought to “Young And The Restless Scoop Tuesday, February 8: Abby Gets Upsetting News About Dominic – Billy Has Insomnia – Jack And Lauren Catch Up”