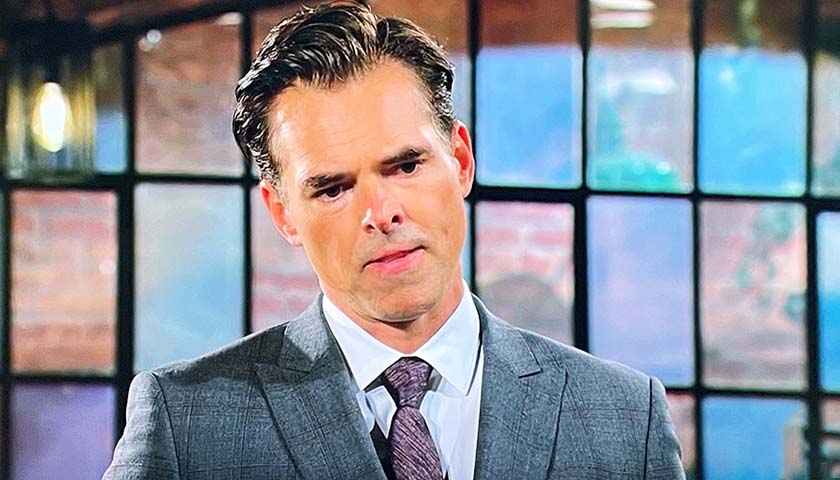 The Young And The Restless (Y&R) scoop for Tuesday, August 9 suggests Billy Abbott (Jason Thompson) will ask Jack Abbott (Peter Bergman) what he was discussing with Adam Newman (Mark Grossman).

Also coming up, Nick Newman (Joshua Morrow) and Sharon Rosales (Sharon Case) will discuss the cover up. Plus, Chance Chancellor (Conner Floyd) will tell Victor Newman (Eric Braeden) he’s not going to back off. And Sally Spectra (Courtney Hope) rethinks her approach to the Ashland Locke (Robert Newman) story.

Y&R spoilers tease Nick will head to Crimson Lights. When he arrives, Sharon will lock the door so they can talk privately. Nick will tell Sharon that Chance has figured out what really happened. He’ll add that he never really understood what Sharon went through the night they thought JT Hellstrom (Thad Luckinbill) died, until now. Adam will show up and notice the door is locked. Then he’ll look inside and see Shadam talking.

Y&R Daily Scoop – Victor Tells Chance He Has No Proof

Speaking of Chance, he’ll tell Victor he believes Ashland was carried out of Victoria’s house and disposed of, to protect Nick and Victoria Newman (Amelia Heinle). “Interesting theory,” Victor will reply. “I would suggest that in the absence of clear evidence, you stop filling the void with conjecture.” Chance will say they found other footage which looks like someone else was in the car with Ashland. 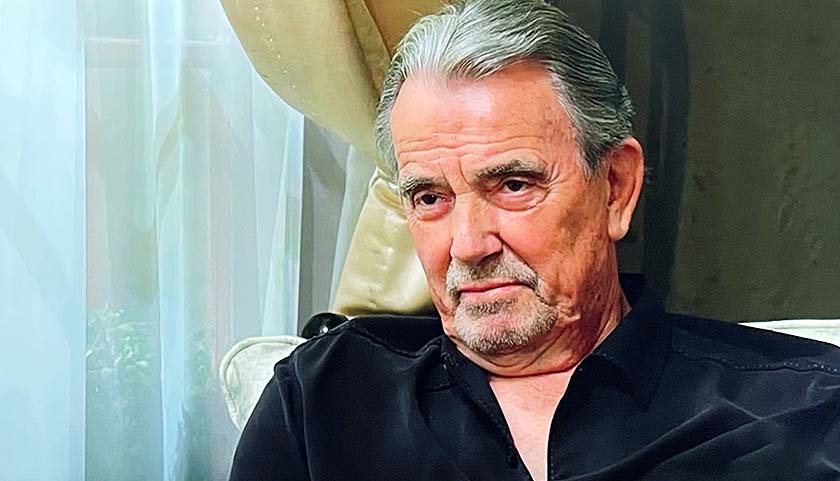 But Victor will laugh and say it’s all meaningless. “Why don’t you move on to some other investigation? All that effort would be better spent elsewhere.” Chance will say he doubts Ashland would see it that way. “Who the hell gives a damn how Ashland would see it, he’s dead,” Victor will reply.  Chance will tell his father-in-law that he respects and admires him, but he’s not backing down.

Meanwhile, Chloe Mitchell (Elizabeth Hendrickson) will pitch a business idea to Sally, but all she can think about is Adam. Chloe will suggest an exorcism. She’ll say Adam is taking up too much space in her head and Sally will agree. Then they’ll discuss their news division. Sally wants to rethink their approach to the Ashland Locke story. But Chloe will say it’s tricky. They’re still on probation. But Sally will say she doubts the Newmans will cut them loose, since  they know Nick punched Ashland.

At Society, Adam will spot Jack and approach his table. Jack will tell him to join him and he’ll ask Adam about his plans for the future. They’ll talk about Victor and Adam will say he’s bitter about his father’s latest rejection.  Jack will say he used to feel the same way about Victor. “He was my nemesis.” Jack will tell Adam not to give up, there are lots of opportunities out there for him. Then he’ll ask Adam to come work with him. Adam will wonder if he’s kidding. “The more I think about this, the more I alike this idea,” Jack will reply. “I sincerely hope you consider it.”

Adam will say it means a lot that he’d make the offer. Then Billy will come along as Adam is shaking Jack’s hand. “I’ll be in touch soon Jack,” Adam will say as he leaves. “What the hell was that about?” Billy will ask his brother. “I offered Adam a job at Jabot,” Jack will reply. “He could use a fresh start.” Billy will be aghast. “What you are doing Jack, is making a huge mistake.” But is Billy right?

Young And The Restless Scoop Monday, August 8: Diane Freaks When She Learns Phyllis Got A Job At Marchetti – Chance Asks Victor To Be Straight With Him #YR #YoungandRestless #YoungandtheRestless https://t.co/uPhjfjf8KR