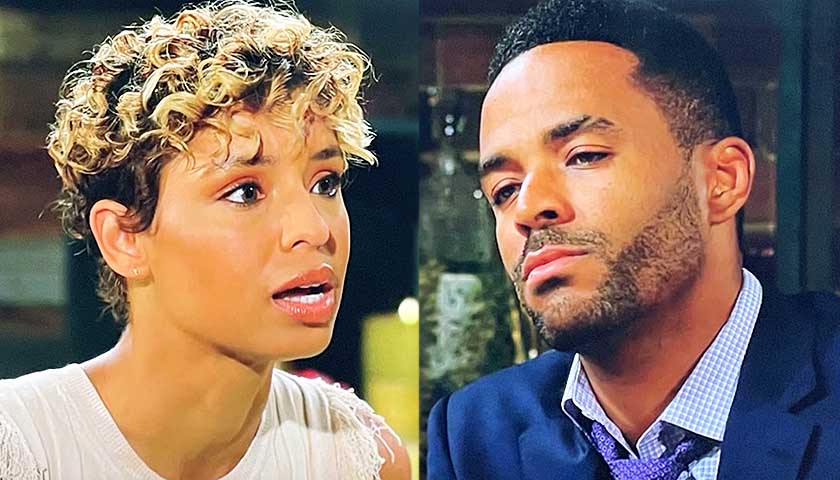 The Young And The Restless (Y&R) scoop for Thursday, September 15 suggests Elena Dawson (Brytni Sarpi) will try to talk Nate Hastings (Sean Dominic) out of his revenge scheme.

Y&R spoilers tease Nikki will be nervous about heading to LA. Victor will ask her why she’s worried. “I am concerned about the negative memories that this could bring up,” she’ll say. “Not just what they might do to me, but to us.” Nikki will say it was a terrible time in her life. “And Deacon Sharpe was front and center.”

Meanwhile, Diane will come downstairs and apologize to Jack for disturbing him. “Oh please, you were reading to our grandson, it was hardly an intrusion,” Jack will reply. He’ll offer her a drink. She’ll ask for a  cup of tea. “After the hectic day I’ve had, I could use something to calm my nerves.” Jack will ask her what happened. “I’ve tried Jack, but being at the company with Phyllis is very challenging,” she’ll tell him. But Jack will tell her the secret is to focus on the job. 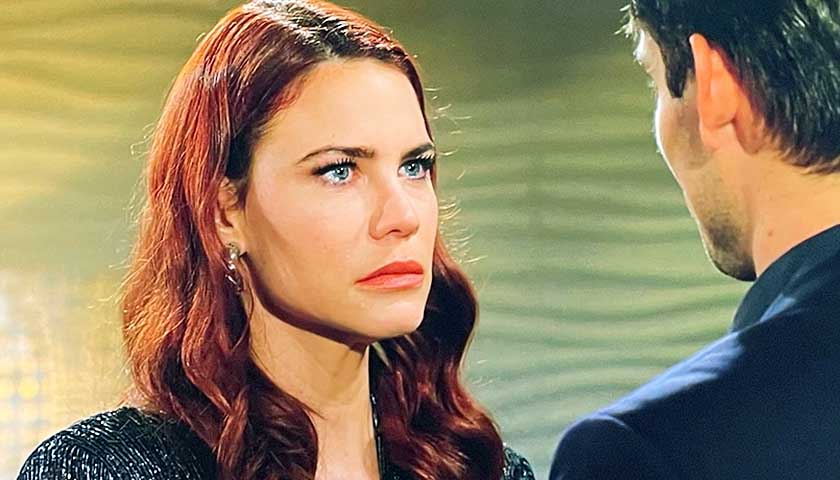 At the Grand Phoenix, Sally will look regretful, as she recalls having sex with Nick Newman (Joshua Morrow). Adam will come to the door and call her name. She’ll wipe away tears as she answers. He’ll ask to come in for a nightcap but Sally will tell him she has a big day tomorrow. “I know that I blew it with you,” Adam will say as he walks in. “But the fact is, I still love you.” He’ll tell her he’s committed to getting their relationship back.

However, Sally will say his timing couldn’t be worse. She made a terrible error in judgement and missed an important meeting, because she was with him. “It’s like you’re an addiction,” Sally will tell Adam. “It’s not healthy, it’s toxic.” Plus, focusing on her love life at the moment is not something she can do. Adam will ask if that’s what she and Nick were talking about in her office. “I don’t want to get into what happened with Nick, especially with you,” she’ll reply. Then she’ll ask Adam to leave.

Over at Society, Nick and Nate will talk business. Nate will say he thought Ashland Locke (Robert Newman) exploited him because he’s weak. “But I’m not weak and Ashland saw it,” he’ll continue. “And there’s nothing wrong with that.” Nick will say there’s absolutely nothing wrong with ambition, unless it turns malicious. As Nick leaves, Elena will arrive and Nate will tell her he quit Chancellor Winters. “Devon didn’t give me a choice.” However, he’ll say he’s figured out a way for Devon Hamilton (Bryton James) and everyone at the company to sit up and take notice.

Viewers won’t learn specifics of what Nate’s planning, but Elena will be dead set against it. “This is going too far. You would be compromising your integrity,” she’ll say. “And that shouldn’t be a part of business, especially a family business.” But Nate believes it’s justified, especially when it comes to Devon. “This is not just about you and Devon,” Elena will plead with him. “Other people could be affected. This is wrong. And I want to believe that, in your heart, you know it’s wrong.” But what is Nate up to?