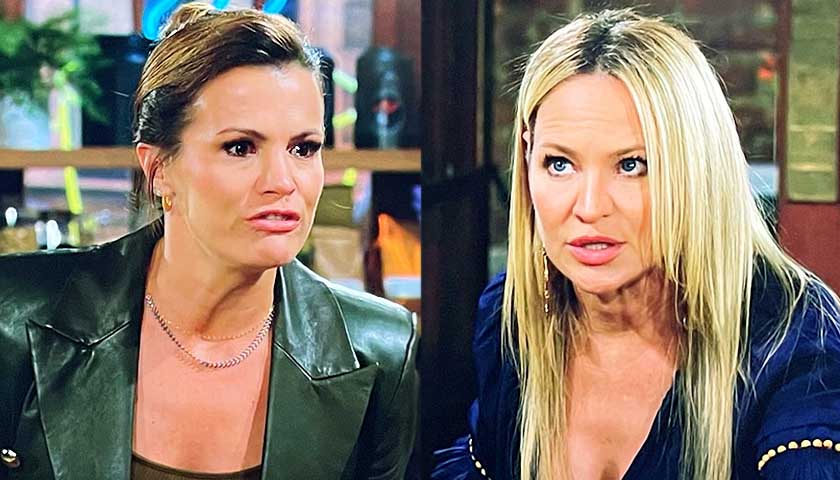 Also coming up, Abby Chancellor (Melissa Ordway) will put Tucker McCall (Trevor St. John) on notice. Plus, Allie Nguyen (Kelsey Wang) will try to get Noah Newman (Rory Gibson) to open up. And Nick Newman (Joshua Morrow) and Sally Spectra (Courtney Hope) will discuss where their relationship is headed.

Y&R spoilers tease Tucker will walk into Chancellor Winters, surprising Lily Winters (Christel Khalil) and Devon Hamilton (Bryton James). Devon will say it’s good to see him. Tucker will ask if they could go to dinner. They’ll end up at Society and Devon will show Tucker some photos of Dominic.

Y&R Daily Scoop – Abby Tells Tucker No One Wants Him

Then Abby will march over to their table and tell Tucker no one wants him there. “If you’re trying to make inroads with my mother, you’re wasting your time.” He’ll say that’s not the only reason he’s in town. He also wants to see his son and meet his grandson. “The only thing I hate more than the idea of you face to face with my mother is you anywhere near my son,” Abby will say. After she storms off, Tucker will tell Devon he’s proud of him and hopes they can reconnect. 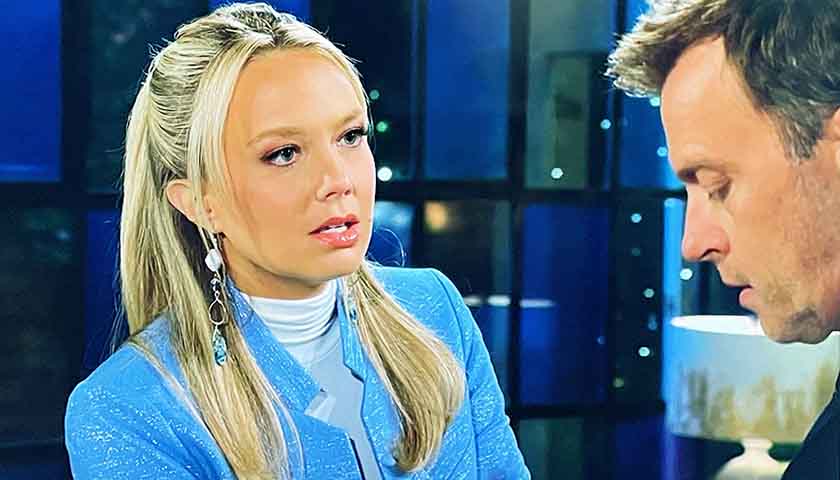 Meanwhile, Allie will ask Noah how he knows Audra Charles (Zuleyka Silver). “You’ve been acting weird ever since we saw her,” she’ll comment. Noah will say he doesn’t want to talk about it. But he’ll apologize and Allie will ask him to be honest with her. “Audra is the woman I was seeing in London,” he’ll say. “The one who broke your heart,” she’ll reply. But Noah will tell Allie if Audra’s trying to get his attention, she’s too late. “I only have eyes for you.” However, he still won’t be able to take those eyes off Audra.

Over at Nick and Sally’s table, they’ll have yet another discussion about where they’re headed. Sally will quip that they’re headed off a cliff. They have to contend with the shadow of his brother. Not to mention the fallout if they jump into a relationship and it ends. Nick will say they have two options. They put an end to it now or see where it takes them. “Whatever this is,” Nick will tell Sally. “I like it and I don’t want it to end.”

Young And The Restless Scoop – Chelsea Continues Her Pity Party

Finally, a distraught Chelsea will walk into Crimson Lights. Sharon will ask her what’s wrong. She’ll say she convinced Victoria Newman (Amelia Heinle) and Billy Abbott (Jason Thompson) to tell Johnny Abbott (Paxton Mishkind) the truth. But it completely backfired. Plus, it also went badly when she told Connor Newman (Judah Mackey). “Now they’re angry and don’t want anything to do with me.”

Sharon will tell her in time, both boys could feel very differently. “Every time I try to be a better person I mess it up,” Chelsea will tell  her. “But you’re a natural. What’s your secret?” Then she’ll say it’s no wonder Rey Rosales (Jordi Vilasuso) was so in love with her. They’re both so forgiving, even when they have reason not to be.

“Chelsea, I think you need help,” Sharon will say. “You need to see a professional…the sooner the better.” Chelsea will be shocked. “What? Is that why you got me to open up?!” she’ll respond angrily. “So you can imply I’m unstable and pathetic? ” Sharon will say it was just a suggestion. Chelsea will tell her she’s insinuating she’s a lunatic. “Everybody in this town wants to believe the worst about me!” she’ll shout. “You are no different.”