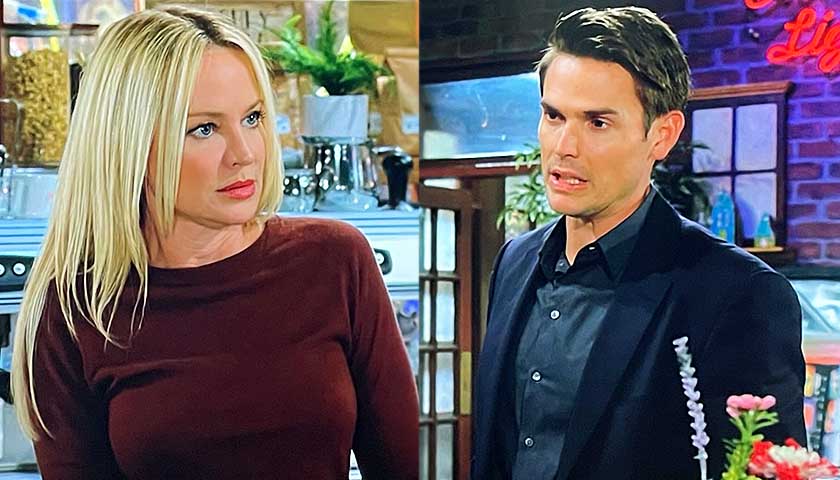 Y&R spoilers tease Elena will walk into the penthouse and Nate will say he’s happy to see her. He’ll ask how things went in Baltimore. “I didn’t take the job,” she’ll reply. Elena will admit she couldn’t make a life changing decision like moving to Baltimore without them trying to figure things out. But Nate will say he sees things much more clearly now. Plus, he’ll tell her he got a new job, CEO of Newman Media. “So that was the reward Victoria offered up as a consolation prize for almost selling out your family,” Elena will say.

Nate will ask why she sees the job offer as a negative. “Maybe someone is finally giving me a chance.” However, Elena will tell him Victoria Newman (Amelia Heinle) is using him as her justification for firing Sally Spectra (Courtney Hope). “I can’t believe that you are choosing to see this as some sort of kismet situation,” she’ll continue. “Instead of exactly what it is. It’s a pat on the head for staying quiet about her part in a hostile takeover attempt.” 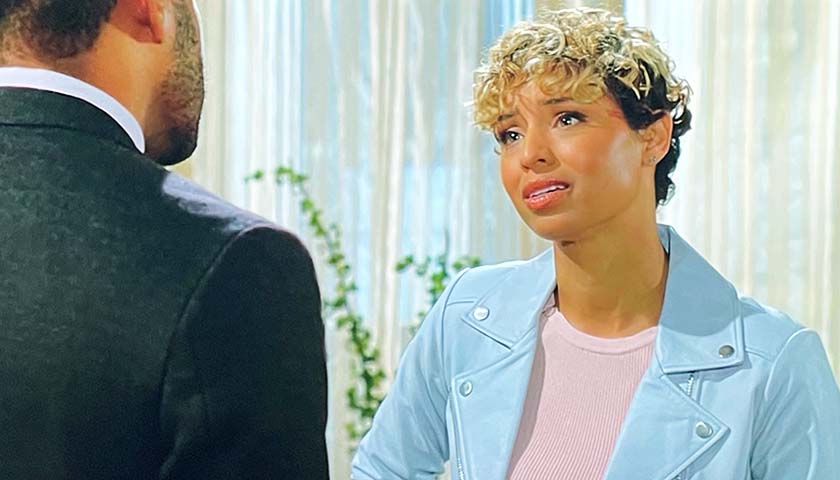 At Chancellor Winters, Devon will tell Lily that Nate has a new job, running Newman Media for Victoria. “I guess we know who he’s been sharing his information with,” she’ll reply. But Lily will suggest they set Nate aside and talk about their father.  “He supported us, no matter what,” Lily will say. Then there’ll be flashbacks of Neil counselling his kids. “God I miss him,” Devon will say. “Neil’s memory is always going to have a hold of us and I don’t want to let that go.”

Meanwhile, Sharon and Billy will be beside Chelsea, as she checks into a mental health facility. Sharon will tell her she’s in a safe space and will be well looked after. Billy will sit with her and ask if she understands why she’s there. “No, I can’t be in a place like this!” a panicked Chelsea will say. “Never again.” But Billy will tell her it’s not the same as it was before. And he’ll be there for her, every step of the way. The intake counsellor will arrive and Sharon will tell Billy maybe it’s time they took a break.

Young And The Restless Scoop – Endless Mission To Help His Women

Then Billy will head to Chancellor Winters. Lily will ask how Chelsea’s doing. Billy will say he can’t go into details but she had an emotional breakdown. “My part in this is not done,” he’ll continue. “I promised Chelsea I would help her every step of the way.” Lily will tell him she doesn’t like this endless mission to help all the women in his life. “I can’t, in good conscience, turn my back on her right now,” he’ll explain.

Finally, Billy will arrive at Crimson Lights and see Adam and Connor Newman (Judah Mackey) sitting at a table. But he’ll avoid making eye contact and will immediately head behind the counter to talk to Sharon. She’ll tell him they need to say something to Adam, who is watching them like a hawk, soon. After Billy leaves, Adam will approach her. “What would you like?” Sharon will ask. “I’d like to know exactly what you and Billy are hiding,” Adam will reply.