The Young And The Restless (Y&R) scoop for the week of September 5 suggests Victor Newman (Eric Braeden) will not be pleased with his son’s latest career move.

Y&R spoilers tease the battle of the boardroom will continue at Chancellor Winters. Nate will continue to promote his plans for a music festival, even though Devon seems to be dead set against it. So, the cousins will butt heads once again. But who will come out on top?

At Chancellor Park, Marchetti will hold a photo shoot. But they’ll run into a major hitch. “We’re having a problem with the direction of the shoot,” Lauren Fenmore (Tracey Bregman) tells Kyle Abbott (Michael Mealor) in the Y&R weekly preview. “And, if I’m to be honest, it’s with Tessa.” 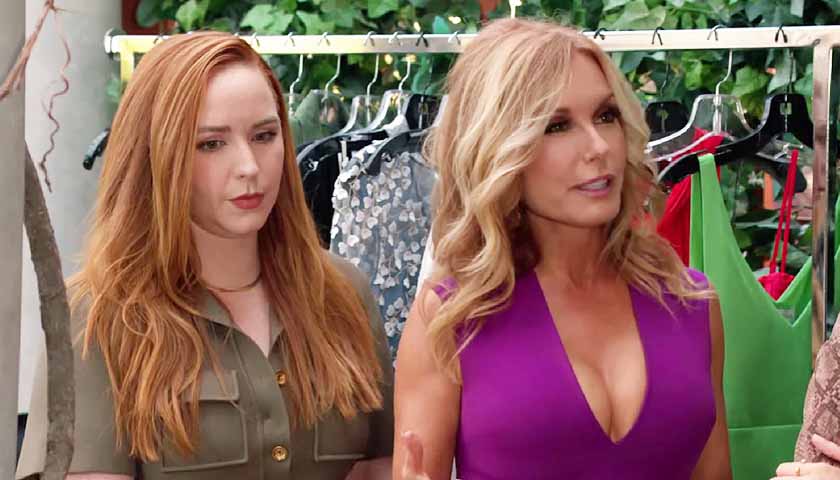 Meanwhile, Chelsea will spend some time with Billy. However, will she make another move on him? Or will she try to convince him to return to the podcast? Whatever it is, Lily Winters (Christel Khalil) is not going to like it. “As in that’s not a big deal, or as in you’re not happy that I’m spending time with her?” Billy will ask his girlfriend.

Young And The Restless Scoop – Adam Breaks The News To Victor

Finally, Adam Newman (Mark Grossman) will start settling into his new job at Jabot. And now that half the town knows he’s accepted a job working side by side with Jack, he’ll figure he should probably break the news to his father.

“I just thought you’d want to know that I’ve taken a job at Jabot, as Jack’s co-CEO,” Adam will tell Victor. Most parents would be happy for their child and congratulate them. But Victor’s not like most parents. Instead, he’ll explode and tell Adam he views his career choice as a slap in the face. But does Victor have any right to weigh in on Adam’s decision?