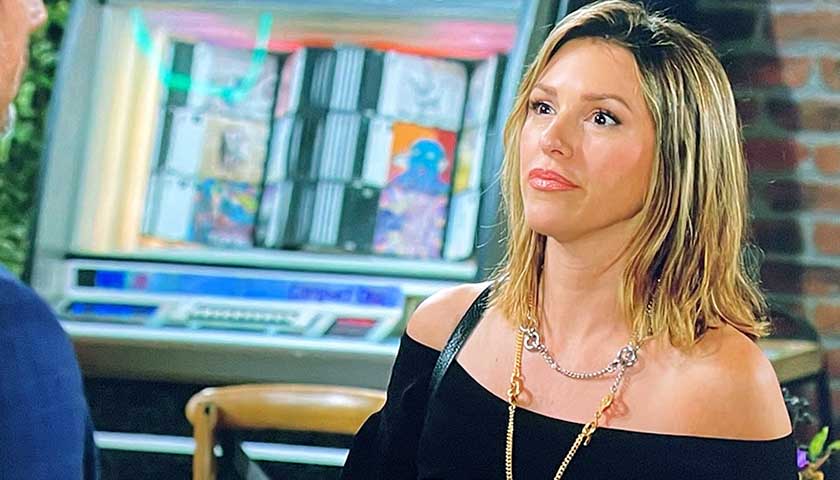 The Young And The Restless (Y&R) scoop for the week of September 19 suggests Chloe Mitchell (Elizabeth Hendrickson) will smell a rat.

Y&R spoilers tease Nate will continue to be dead set on revenge and he’ll move forward with his plan to take over Chancellor Winters. After making his pitch to Victoria Newman (Amelia Heinle), he’ll meet up with a mysterious stranger.

Y&R Weekly Scoop – Nikki Wants All The Dirt On Diane

For her part, Victoria will confide in Nick Newman (Joshua Morrow) about Nate’s scheme. And considering he recently told Nate ambition was a good thing, as long as it isn’t paired with malice, he may advise against it. Victoria will also inform her father about the possible takeover opportunity. 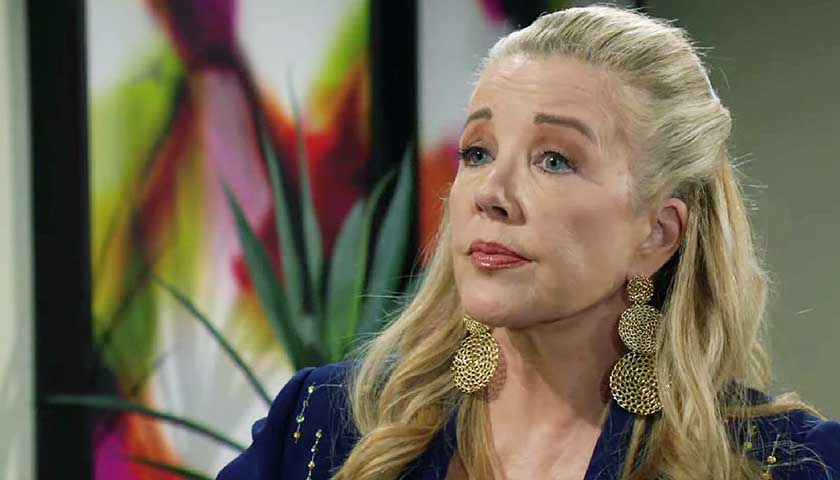 Speaking of Victor, he’ll push all of Diane’s buttons when he runs into her this week. Of course, he’ll also be privy to a secret. Nikki is in Los Angles meeting with Deacon. She’ll be hoping Deacon will have the low-down on what Diane was up to while she was in LA for a decade. But will he give her any dirt?

Finally, Chloe will be highly suspicious after a conversation with Nick. On Monday, she’ll tell Nick she’s worried that Adam Newman (Mark Grossman) is getting in Sally Spectra’s (Courtney Hope) head again. But Nick will tell her Sally has hit the reset button. “I’m very impressed with how she’s handling things,” he’ll continue. “I think she’s going to be a very valuable part of Newman.” Chloe will raise her eyebrows. “The way you were just talking about her, it sounds like you guys are besties,” she’ll say.

Then Chloe will return to Newman Media and do a little digging. “You seemed to make a very good impression on Nick,” she’ll tell Sally, who will will ask her what she means. Chloe will say she ran into Nick at the coffee house. “He made it pretty clear that he’s your number one fan now,” she’ll say. “Lots of glowing praises.”  But will Chloe put two and two together and figure out that Sally and Nick are sleeping together?