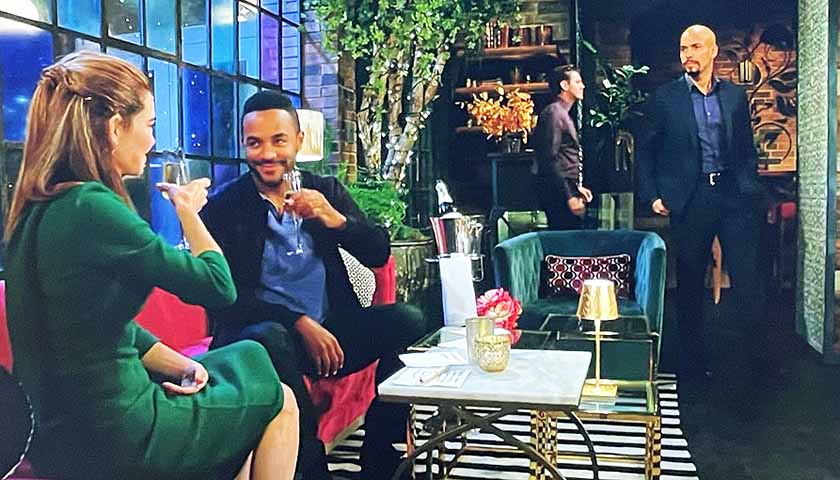 Y&R spoilers tease Nikki Newman (Melody Thomas Scott) will tell her husband all about their son’s involvement with Sally Spectra (Courtney Hope). Of course, Victor’s not going to take kindly to Nick Newman (Joshua Morrow) boinking his brother’s ex-girlfriend. And Nick will find himself placed firmly on the hot seat.

Y&R Weekly Scoop – Abby’s Not Happy With Her Husband

Meanwhile, Abby was disappointed when Chance Chancellor (Conner Floyd) was called into work on Halloween. She had been hoping he would spend the occasion with her and Dom. But she’ll be stunned when she walks into Crimson Lights and finds Chance sitting on the patio. When Abby confronts him, he’ll say he was at the stake-out, but they finished early. “And you chose to come here, instead of home?” she asks him in the Y&R weekly preview. 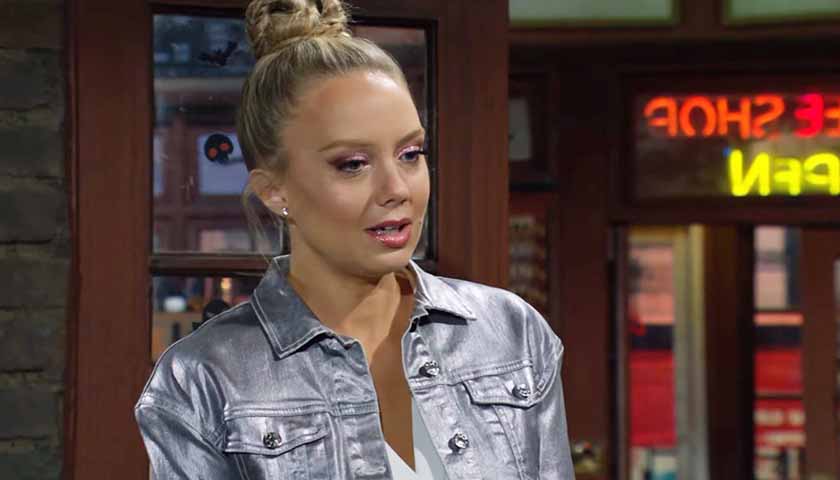 On the Grand Phoenix rooftop, Billy will save Chelsea Newman’s (Melissa Claire Egan) life. He’ll encourage her to get help, but she’ll say she doesn’t want to talk to a stranger. So, Billy will hold vigil outside her hotel room. He’ll call Sharon and fill her in. Then Sharon will rush over. But can she help Chelsea?

Other spoilers tease Diane Jenkins (Susan Walters) will confess even more to Jack Abbott (Peter Bergman). Plus, Lily Winters (Christel Khalil) will continue to be annoyed by Billy’s preoccupation with Chelsea. And Ashley Abbott (Eileen Davidson) will make up her mind about Tucker McCall (Trevor St. John).

Young And The Restless Scoop – Victoria And Nate Will Celebrate

Finally, Nate will accept Victoria’s job offer and they’ll head to Society to celebrate. They’ll sit together and drink champagne. “You’re now the new CEO of Newman Media,” Victoria will say to Nate, as they clink glasses.

But they won’t realize that Devon has just witnessed their toast. “You’ve got to be kidding me,” he’ll say to them. Devon will realize he’s finally solved the mystery of the CEO who was plotting to takeover Chancellor Winters. But now that he knows it was Victoria, what’s he going to do about it?