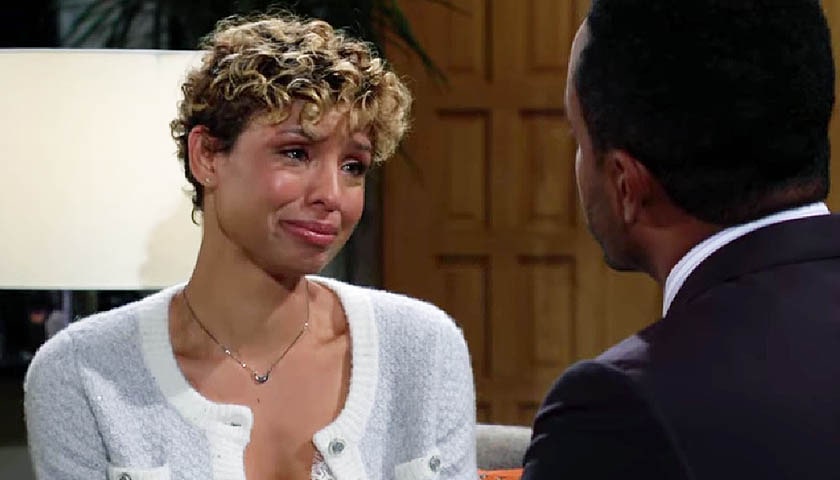 The Young And The Restless (Y&R) scoop for the week of October 10 suggests Nate Hastings (Sean Dominic) wants another chance with Elena Dawson (Brytni Sarpi).

Y&R spoilers tease Ashley will be taken aback when Jack Abbott (Peter Bergman) gives her the third degree about Tucker McCall (Trevor St. John). He’ll ask her why she’s even entertaining the thought of making amends with her ex-husband. But Ashley will be quick to remind Jack that he’s forgiven Diane Jenkins (Susan Walters) for all her sins.

Meanwhile, Billy will run into Chelsea at Chancellor Park. “It was such a beautiful day I had to…” she’ll tell him the in Y&R weekly preview. “You had to what?” Billy will reply. “Camp out here and wait for your moment to ambush my son?” 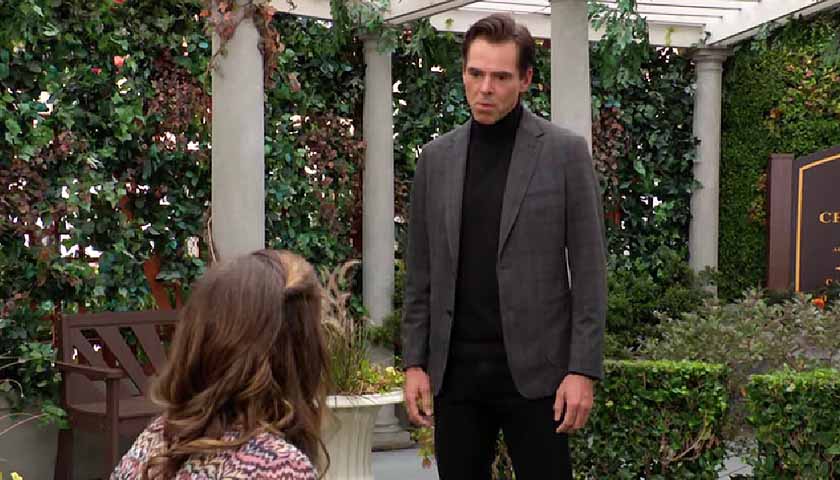 At Society, Sally and Nick will get comfortable as they enjoy their date. But they better not get too cozy, because Adam will show up and crash their good time. He’ll grab a seat and join them, which will anger Nick. However, it may amuse Sally, because later in the week Nick will question her feelings for his brother.

Other Y&R spoilers tease Victor Newman (Eric Braeden) will try to get to the bottom of why Tucker has returned to Genoa City. Plus, Ashley will grow tired of teaming up with Nikki Newman (Melody Thomas Scott) and Phyllis Summers (Michelle Stafford).

Young And The Restless Scoop – We’re Stronger Together Than Apart

Finally, Nate will tell Elena he misses her and hopes she’s had enough time to work through her issues with him. “We are stronger together than we are apart,” Nate will tell her. “You’re all I have, come back home.”

Elena’s tears will flow as she listens to his plea. “I don’t know Nate,” she’ll say. But will Elena agree to move back into the penthouse? Or will she tell him that they’re over for good?

One Thought to “Young And The Restless Scoop October 10 To 14: Nate Asks Elena To Come Home – Ashley Stands Her Ground With Jack – Billy Blasts Chelsea”