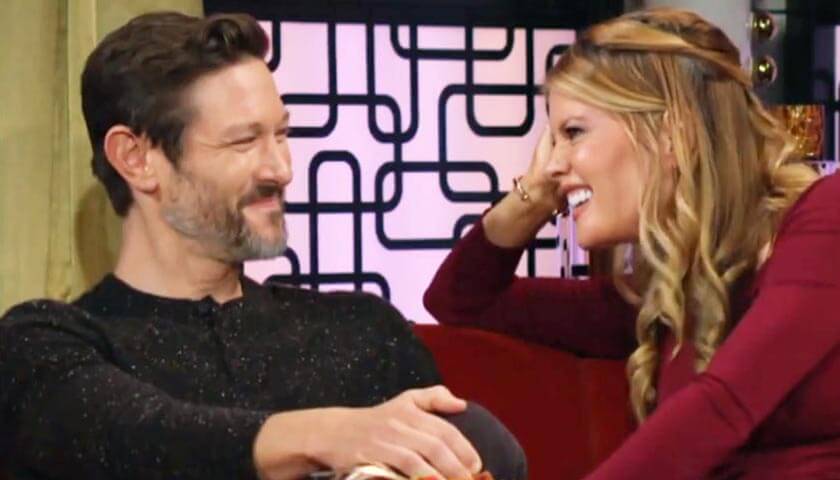 The Young And The Restless (Y&R) scoop for the week of November 21 suggests Phyllis Summers (Michelle Stafford) will be thrilled to welcome her son home.

Also coming up this week, Lily Winters (Christel Khalil) will also be pleased to see Daniel Romalotti (Michael Graziadei). Plus, the Abbott family, including Diane Jenkins (Susan Walters) will celebrate Thanksgiving. And Nick Newman (Joshua Morrow) will hit back against Adam Newman (Mark Grossman). Viewers should also note, the Y&R will be preempted on November 24th and 25th. But new episodes return on Monday, November 28th

Y&R spoilers tease Nick will be angry at Adam’s impromptu marriage proposal to Sally Spectra (Courtney Hope). After all, he and Sally had been enjoying a pleasant evening out when Adam hijacked it. So, he’ll confront his brother about his behavior.

Over at the Abbott estate, things will get tense between Diane and Ashley Abbott (Eileen Davidson) even before the first course arrives. Ashley will grumble that Diane shouldn’t even be there and her nemesis will shoot her an angry look. 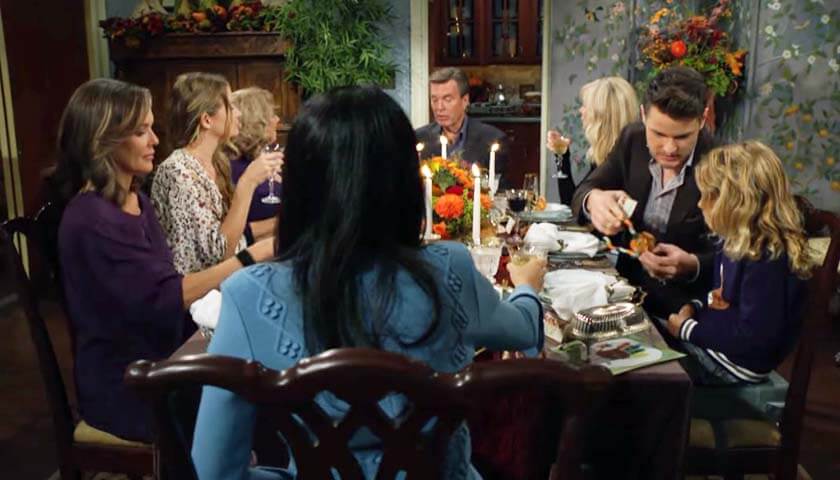 So, to keep the peace, Jack will suggest they go around the table and talk about what they’re grateful for.  “To gratitude, that we can all be here together,” Jack says as he raises his glass in the Y&R weekly preview. “Happy Thanksgiving.”

Other Y&R spoilers tease Billy Abbott (Jason Thompson) will be there once again to throw his support behind Chelsea Newman (Melissa Claire Egan). Plus, Nikki Newman (Melody Thomas Scott) and Victor Newman (Eric Braeden) will take stock on how lucky they are.

Young And The Restless Scoop – Will Daniel Move Back To Town?

At Society, Lily will be surprised to see her ex standing in front of her. “What are you doing here?” Lily will ask Daniel, as she pulls him in for a hug. “I’ve come to spend Thanksgiving with my mother,” he’ll reply.

Finally, Daniel will meet up with Phyllis at the Grand Phoenix. And Phyllis will beam as she spends quality time with her son. However, she’ll also ask him if he’d consider moving back to Genoa City. But how will Daniel respond?