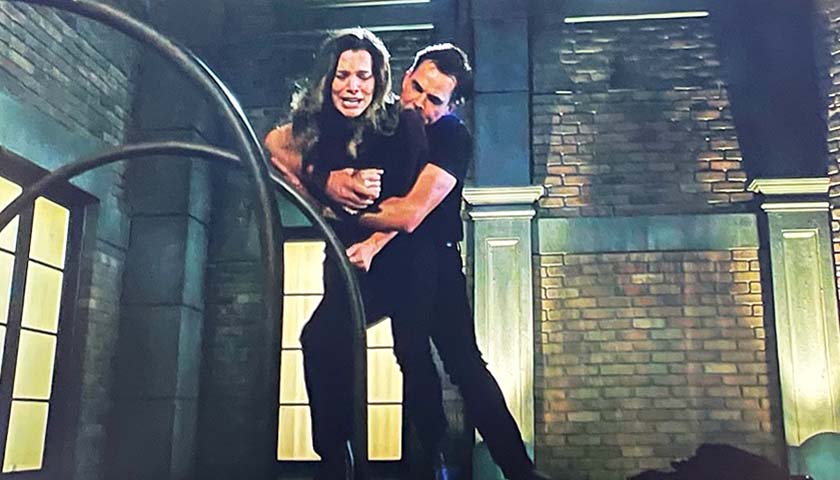 The Young And The Restless (Y&R) scoop for Monday, October 31 suggests Billy Abbott (Jason Thompson) will arrive in the nick of time.

Y&R spoilers tease Nate will arrive at Newman Enterprises and tell Victoria he can’t accept her offer. She’ll say she’s surprised and ask if he patched things up with Devon Hamilton (Bryton James) and is going back to Chancellor Winters. Nate will tell her he did reach out to Devon but his cousin still doesn’t trust him. He’ll also admit he’s afraid of how it would look. “People are going to know you were the CEO I was working with.”

But Victoria will tell him not to worry about her. Plus, even if they do think it, Devon and Lily can’t prove anything. Nate will ask her why she’s offering him a job after he blew up their plan. Victoria will say he proved his loyalty to her. “If you want a good man running your company, I’m not your ideal choice,” Nate will counter. However, Victoria will eventually wear him down and he’ll accept the CEO position. 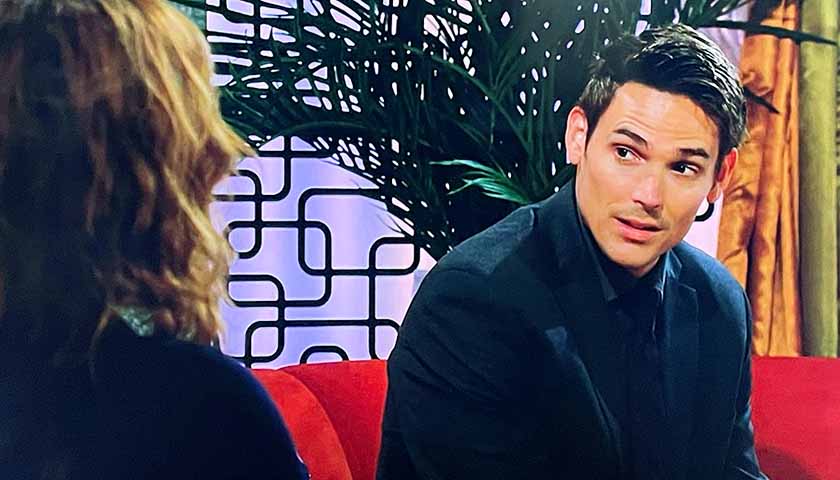 At the Glam Club, Lily and Billy will share a dance and a smooch. But Lily will realize he’s preoccupied and he’ll admit he’s worried about Chelsea. Billy will say she looked upset when she left but Lily probably didn’t notice. “No, I didn’t,” she’ll reply curtly. “I was busy enjoying our dance, but I guess you were busy watching Chelsea.” Billy will be convinced Adam was the reason Chelsea bolted. “My gut is telling me she’s in a bad place.” Lily will say she hopes this isn’t going to be how he spends his time, interfering in other people’s lives.

Then Billy will say he thinks he knows where Chelsea went. He’ll apologize and take off. Adam will approach Lily and ask if her date stuck her with the check. He’ll quip it’s probably not the first time Billy’s pulled a stunt like that. “Actually no, it’s not even the first time today,” Lily will reply. She’ll ask where Chelsea went because Billy thought she looked upset. Adam will say he doesn’t know why Billy feels like he needs to be her knight in shining armor lately. But he’ll call and leave Chelsea a voicemail and then a text and he’ll look worried.

Finally, Chelsea will hear the wind howling and the voices will return. She’ll put her hands to her head. When they finally stop, she’ll get up on the ledge of the Grand Phoenix rooftop. Suddenly, Billy will arrive. “Chelsea?” he’ll say, but she won’t seem to hear him. Billy will ask her to step back from the ledge, but she’ll refuse. So, he’ll join her.  “You know how many people care about you and need you?” he’ll say. “Especially Connor.”

“It hurts every single day when I wake up,” Chelsea will tell him. “I don’t want to wake up anymore.” She’ll say she’s hurt so many people and doesn’t deserve to be part of the world anymore. Billy will tell Chelsea her sons are at a sleepover right now. “They’re together as brothers.” Then Chelsea will kiss him on the cheek and tell Billy he’s a good man. “Tell Connor I slipped,” she’ll say and she’ll move away from him and attempt to jump. But Billy will grab her and pull her off the ledge. He’ll pull her down, tell her he’s not going anywhere, and Chelsea will weep in his arms.