Also coming up, Nick Newman (Joshua Morrow) and Sally Spectra (Courtney Hope) will agree to end things. Plus, Summer Newman (Allison Lanier) will spot her dad and Sally embracing. And Jack Abbott’s (Peter Bergman) not sure if he believes Diane.

Y&R spoilers tease Adam Newman (Mark Grossman) will tell Sally he gets why she’d push him away. But he’ll say there’s nothing he wouldn’t do to prove himself to her. He knows they can get past this. “I don’t think we can,” she’ll reply. “You need to stay away from now on. It’d be best for both of us.” Then Adam will unlock the door to the rooftop and Sally will make her escape.

Y&R Daily Scoop – Summer Stunned By What She Sees

At Crimson Lights, Nick will tell Sharon Rosales (Sharon Case) he’s seeing someone. “It’s Sally Spectra.” Sharon will be stunned but will admit she had a feeling about it. “I can’t help wondering how much of this relationship is really about Sally or whether it’s about Adam,” she’ll tell him. Then Nick will get a text from Sally, asking where he is. He’ll tell her he’s at the coffee shop and she’ll arrive. He’ll ask her how it went with Adam. She’ll admit she’s confused and he’ll say it’s getting messy. Nick will suggest they pull the plug on it and Sally will agree. Then they’ll embrace, just as Summer walks in. 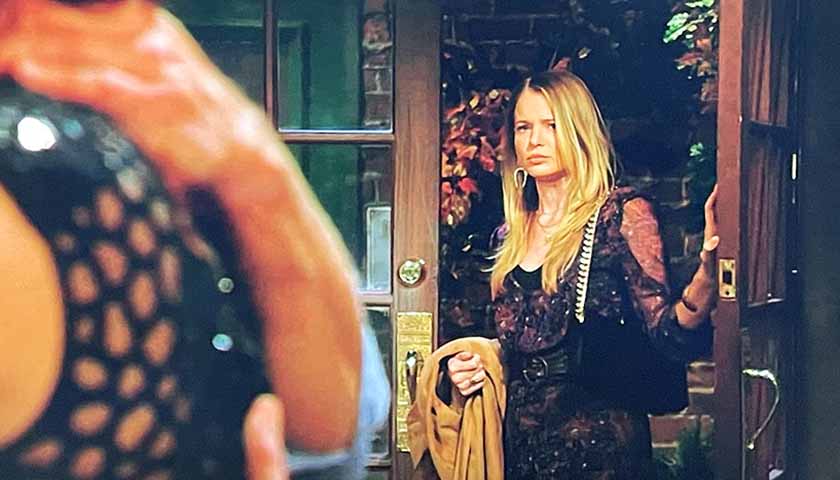 Meanwhile, Jack will put Tucker on the hot seat, after Ashley Abbott (Eileen Davidson) storms out of Society. “Why would you pick this particular moment to show up in town?” Jack will say there’s a rumor that he not only knew Diane was alive but he was seeing her in Los Angeles. “Did you or did you not connect with Diane in Los Angeles?” Tucker will ask Jack why he would want any contact with a woman he detested. But Jack will reply that he hasn’t denied it.

When Diane walks into the restaurant, Jack will say they were just talking about her. “Please join us.” And he’ll pull out a chair for her. He’ll tell her there’s a rumor the two of them crossed paths in LA.  Diane will lie and deny that it’s true. Jack will leave but he won’t seem convinced. Later, he’ll return home and bring Traci Abbott (Beth Maitland) up to speed. “Diane looked you right in the eye and told you there was no connection,” Traci will say. “The question is, do you believe her?” Jack will say he doesn’t know.

Young And The Restless Scoop – Tucker Suspects The CEO Is Victoria

Back at Society, Tucker will join Diane at the bar. He’ll tell her she was convincing with Jack. Diane will say she believes their agreement has concluded. But Tucker will tell her she’s forgetting the terms of their deal. She was supposed to tell him the minute Ashley got back into town. But he found out Ashley had returned from his ex-wife herself. Diane will ask what difference that makes, she did what he asked. “The deal is off,” he’ll reply angrily. “You are not off the hook until I say you’re off the hook! You are going to do exactly what I say!”

Finally, Tucker will return to his hotel, to find Audra Charles (Zuleyka Silver) waiting for him. She’ll tell him what went down at Chancellor Winters and that Nate Hastings (Sean Dominic) was responsible. “Nate’s betrayal’s going to have a big impact on your plans,” Audra will say. She’ll ask Tucker who he thinks Nate was working with. And his answer will be right on the money. “One name keeps coming to the surface,” he’ll tell Audra. “Victoria Newman.”