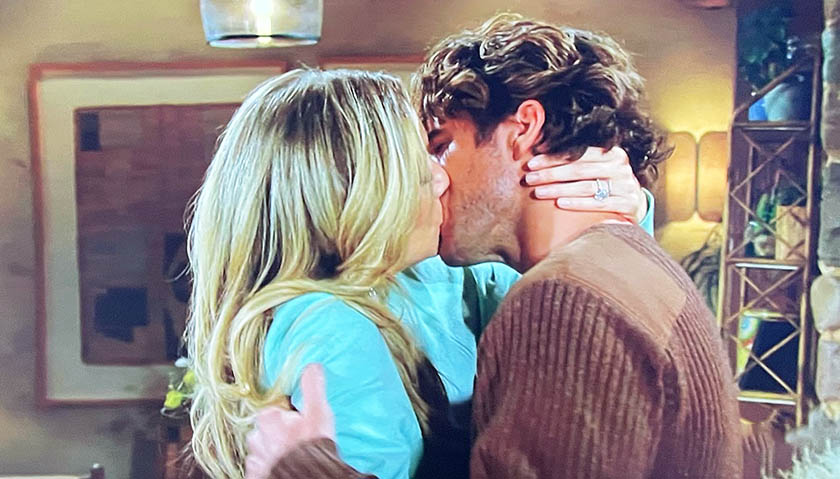 The Young And The Restless (Y&R) scoop for Monday, November 29 suggests Abby Chancellor (Melissa Ordway) will reunite with her husband but he’ll say he can’t come home.

Also coming up, Jack Abbott (Peter Bergman) and Ashley Abbott (Eileen Davidson) will hit a dead end and Nate Hastings (Sean Dominic) will remind Devon Hamilton (Bryton James) that Abby will be coming back. Plus, Amanda Sinclair (Mishael Morgan) will probe Phyllis Summers (Michelle Stafford) about her feelings for Jack.

Y&R spoilers tease Nate and Devon will catch up at Crimson Lights, with Dominic in tow. “I’m enjoying every second I get to spend with this little guy,” he’ll tell his cousin. Nate will ask how much longer Devon thinks he’ll have Dominic, but he won’t be sure. Then he’ll warn him he needs to be prepared for what comes next. “But when Abby comes back…” Devon will assure him he’ll be okay.

At the Grand Phoenix, Amanda and Phyllis will discuss Sutton Ames’ (Jack Landron) verdict. “I know you wanted justice for your father, and now you have it,” Phyllis will say. Amanda will agree it’s satisfying. Talk will then turn to Phyllis’ feelings for Jack. 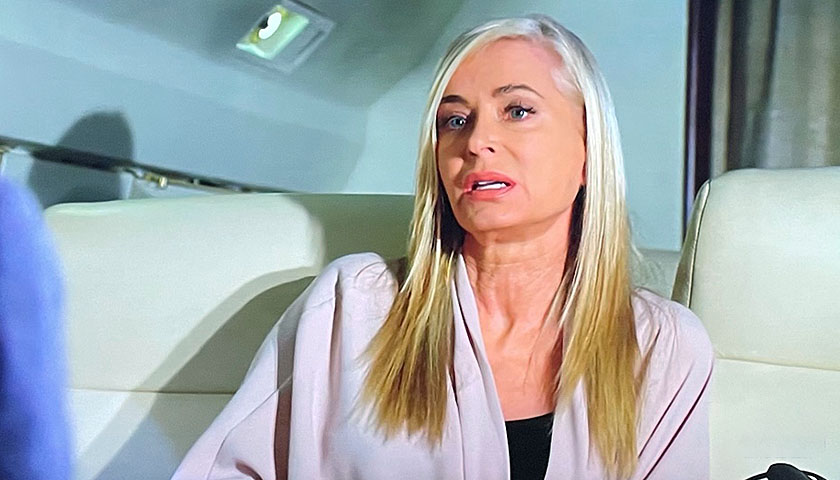 She’ll admit Jack makes her happy and he’s a kind and genuine man. However, Phyllis is also confused. She still loves Nick Newman (Joshua Morrow) and always will, but they stopped speaking the same language. It’s not like that with Jack though, Phyllis will admit, she can be herself when she’s with him. “I think you know what you want,” Amanda will tell her. “I just think you don’t want to admit it.”

Meanwhile, Jack will tell Ashley they should leave Valencia. They’ve looked everywhere and can’t find Abby. Then she’ll talk to Victor Newman (Eric Braeden), who thinks their daughter could be somewhere else in Spain. They’ll sit on the plane and while they wonder what to do next, Ashley will nag him about Phyllis. Jack will say he’s taking things slow and Ashley will roll her eyes. “You just sent her an entire Thanksgiving dinner.”

Finally, in Majorca, Abby will tell Kim Dunaway (Roxanne Hart) that everyone believes Chance Chancellor (Conner Floyd) is dead and “they told me to just accept it.” Kim will let her know that after the explosion, Chance showed up and she and her husband treated his injuries. But they couldn’t tell anyone where he was. “You need to know that he took the death of his colleagues pretty hard.” Then Chance will appear behind Abby. She’ll jump into his arms and they’ll kiss.

Chance will tell Abby he dreamed of this moment but Kim should never have brought her here. Abby will say Kim’s not to blame. “I was going to find you, no matter what, I was never going to stop looking for you, Chance.” Abby will tell him she’s there to bring him home to meet their son. “I have a son?” he’ll say, his voice cracking. And she’ll show him pictures of Dominic.

However, Chance will tell her he’s sorry to put her through this, but he can’t leave. He’s got to complete his mission. “I will bring down the people who killed them,” Chance will say. “My men deserve no less.” But will Abby be able to convince him otherwise?

It  looks like a great episode coming up! Keep reading The Soap Scoop for the latest soap opera spoilers and Young And The Restless spoilers and latest news. And make sure you join our free Facebook Group or leave us a reply in our comments section. But if you miss an episode, don’t fret. You can watch The Young And The Restless online at CBS.com.

One Thought to “Young And The Restless Scoop Monday, November 29: Chance Tells A Stunned Abby He Can’t Come Home – Amanda Pushes Phyllis To Admit How She Feels”