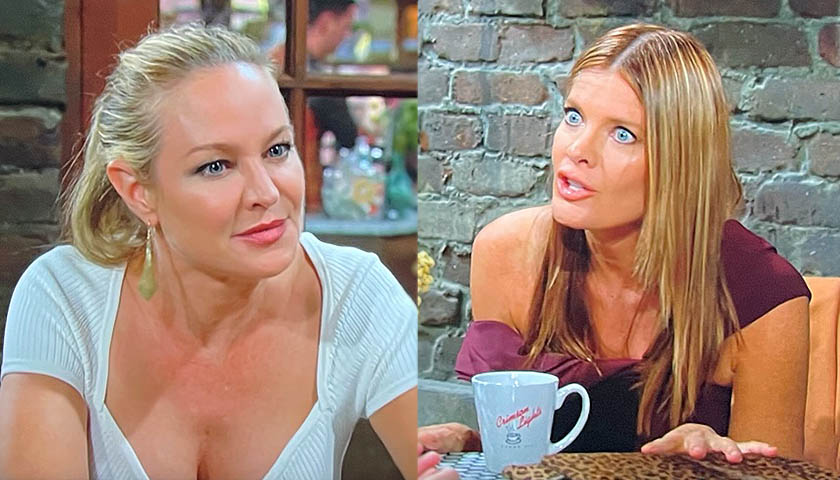 The Young And The Restless (Y&R) scoop for Monday, November 22 suggests Sharon Rosales (Sharon Case) will get into an argument with Phyllis Summers (Michelle Stafford).

Y&R spoilers tease Sharon will be worried about Noah when she finds him staring off into space in their living room. He’ll assure her he’s okay, but she’ll text Nick Newman (Joshua Morrow) and ask him to meet her at Crimson Lights.

After Sharon leaves, Faith will come downstairs and will tell Noah he can open up to her. Noah will tell her he was seeing a fellow artist in London. But when his work started getting commissioned and hers didn’t, she couldn’t stand it. “Things got ugly, we had some bitter, nasty fights,” he’ll tell Faith. “But when she left, I was crushed.” 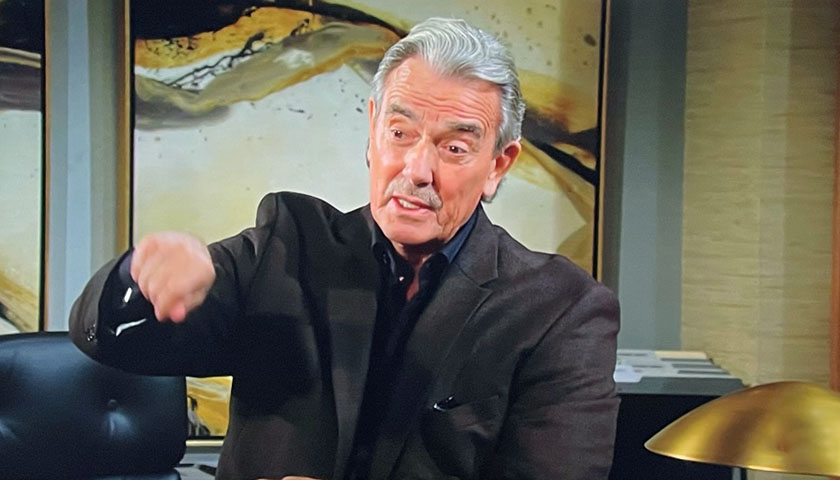 Meanwhile, Victor will tell Ashley he’s going to Spain with her. Nikki Newman (Melody Thomas Scott) will walk into the living room and won’t be happy. Ashley will say Jack’s already going with her. She doesn’t see the point of Victor going along as well. Surprisingly, Victor will relent.

At Newman Media, Victor will tell Adam and Ashland that Billy offered to resign from Chance Comm. But Adam will say they didn’t go through all this just to have Lily Winters (Christel Khalil) run their competitor. They want the company to tank so they can scoop it up at a discount. Ashland will ask what Victor wants to do about Billy’s offer. “That punk always plays the wrong hand,” Victor will say. “I enjoy to see him dangle in the wind.”

Finally, Jack will tell Phyllis he’s heading to Spain with Ashley. Sharon will interrupt and hand him two coffees and some pastries for the flight. After Jack leaves, Sharon will stare at Phyllis. “What?” Phyllis will ask. “You tell me,” Sharon will reply. “I’m just wondering what’s going on between you and Jack, because the two of you seem so close in just a few short days after you and Nick called it quits.”

Phyllis will ask Sharon what she’s implying. “I’m just making an observation,,” Sharon will respond. Phyllis will tell Sharon her relationships are none of her business. She’ll say Jack’s been a great friend to her during this breakup. “As I’m sure you’ve been to Nick. And I’m not going off on you, am I? So zip it.” But Sharon won’t stop there. “I would hate to think that Nick got hurt because you decided to rekindle an old relationship.” Phyllis will tell her that was a cheap shot. But the argument will come in an end abrupt end when Nick shows up.

Young And The Restless Scoop Friday, November 19: Lily Blasts Billy For Going Behind Her Back – Phyllis Can't Get Her Mind Off Jack #YR #YoungandRestless #YoungandtheRestless #Lilliam https://t.co/vGwqa9koEL