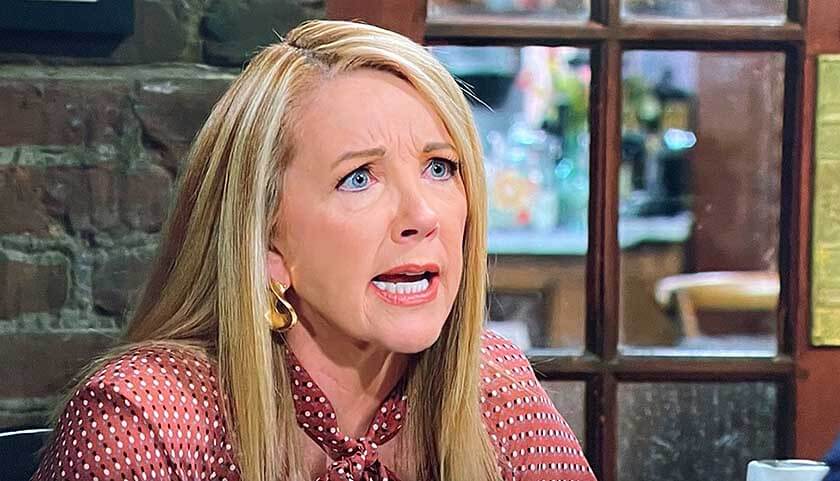 The Young And The Restless (Y&R) scoop for Monday, June 20 suggests Nikki Newman (Melody Thomas Scott) will be shocked to hear that Michael Baldwin (Christian LeBlanc) has been palling around with Diane Jenkins (Susan Walters).

Y&R spoilers tease Lily Winters (Christel Khalil) will welcome Nate and Devon Hamilton (Bryton James) to the Chancellor Winters offices. Imani Benedict (Leigh Ann Rose) will arrive and tell Nate that everyone was impressed by his speech. However, Nate will say he hopes no one feels as though he stepped on their toes. “Well you did,” Devon will reply. “But hopefully it was just a bump in the road and there won’t be any more of those.”

At Society, Jill will ask Billy why he seems disgruntled. He’ll mention Victoria Newman (Amelia Heinle) and will tell his mother she’s leaving everything behind for Ashland Locke (Robert Newman), who faked having cancer. “Victoria forgave him and now she’s expecting me to let her take the kids,” he’ll say. But Jill will tell Billy it’s no longer his battle to fight. “Lily was right to call you out. If you mess this up with Lily, I will never forgive you.” 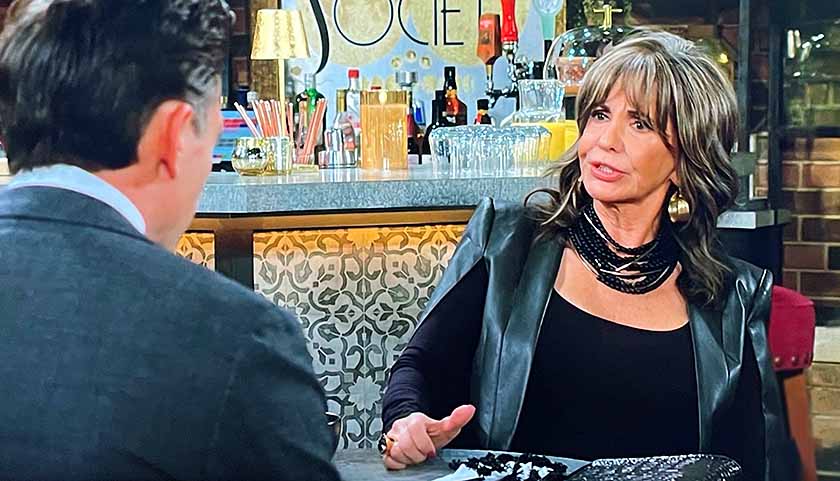 Meanwhile, Diane and Kyle Abbott (Michael Mealor) will watch Harrison Locke (Kellen Enriquez) as he plays at Chancellor Park. But she’ll ask him for a big favor. Could he help her find a job in Genoa City? “You want me to give you a job?” he’ll ask. Diane will say no, she just wants him to help. She was working towards a career in public relations when she was in LA and wants to pursue that. Kyle will tell her he’ll keep his ears open.

At Crimson Lights, Nikki will approach Michael and Lauren. They’ll say they heard about Victoria leaving with Ashland and they’ll express their sympathies. “I intend to direct all of my rage and frustration at a worthy target, Diane Jenkins,” Nikki will say. “And you’re just the person to help me do it.” She wants Michael to uncover what Diane was doing in LA. But Lauren will tell Nikki he’s been palling around with her. And Nikki will be appalled. “Why the hell are you protecting Diane?” Then Lauren will get a message from Summer and tell her husband he’s on his own.

Michael will say he thinks Diane paid for her crimes and now she’s trying to make amends. However, he’ll do a deep dive anyway. “But only to prove to the naysayers that Diane has changed and that she deserves another chance.” Nikki will ask him what he’ll do if he’s proven wrong. “Are you going to try to cover up for your old pal, or are you going to let her get what she deserves?”

Finally, Lauren will arrive at The Grand Phoenix and Summer will tell her she wants to broker peace between Diane and Phyllis Summers (Michelle Stafford). Lauren will chuckle and say she doesn’t think Phyllis will ever cool down where Diane is concerned. And she can’t blame her. She too has been keeping tabs on Diane, who has been lighting fires all over town. Then Lauren will tell Summer she just saw Nikki, “and she is on a mission to get that woman out of town.”

Young And The Restless Scoop Thursday, June 16: Victoria Is Uneasy As She And Ashland Plan Their Future – Adam And Sally Revel – Victor Hasn't Given Up #YR #YoungandRestless #YoungandtheRestless #Ashtoria #Ally https://t.co/3YXdCpQL1m