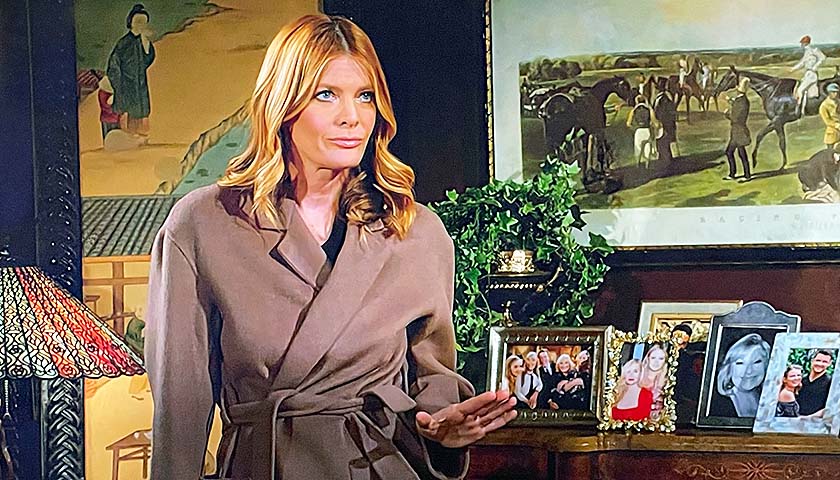 Also coming up, Mariah Copeland (Camryn Grimes) and Tessa Porter (Cait Fairbanks) will be on pins and needles, waiting for adoption news. Plus, Sharon Rosales (Sharon Case) will try her best to rally. And Jack Abbott (Peter Bergman) and Diane Jenkins (Susan Walters) will stage a performance for Jeremy Stark (James Hyde).

Y&R spoilers tease Mariah will worry about Sharon meeting she and Tessa at Society, so close to New Year’s. But Sharon will say she doesn’t want to forget the memories she has with Rey Rosales (Jordi Vilasuso), she wants to embrace them. Then they’ll toast to Rey and Sharon will ask how it’s going with their adoption plans. They haven’t heard back from Delphine, the expectant mother, since she sent the sonogram and they’re not sure what it means.

Meanwhile, Phyllis will arrive at the Abbott estate and will be stunned to see Diane leaving. “Diane’s supposed to be gone, but she’s here,” she’ll say to Kyle and Summer. “Do you not see a pattern?” But she’ll admit to Summer she doesn’t like how they left things so she came there to talk to her about it. She’s come to terms with why they fired her. But Phyllis will point out it wasn’t just her – Diane was also responsible for the animosity. She’ll say she was sick of all the fighting and felt good about her decision, until she saw Diane just now. “It was like a punch to the gut.” 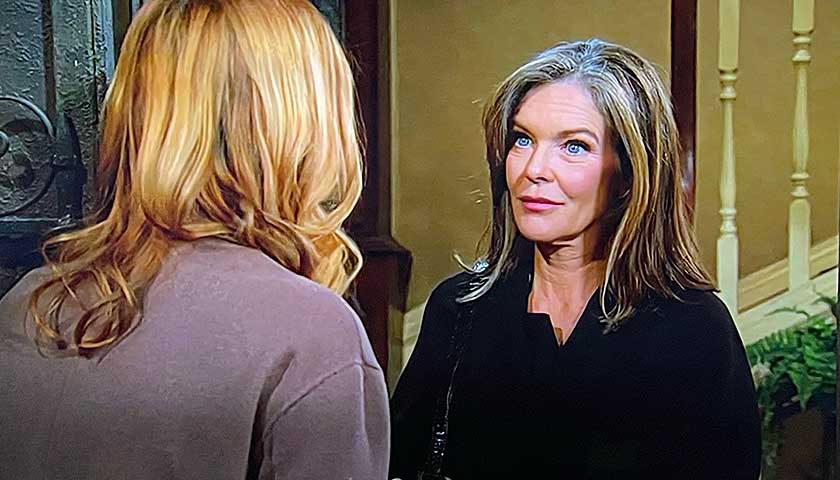 Then Phyllis will tell them Diane is putting their whole family in danger. She’ll also mention she didn’t even get to spend Christmas with them. “You said you were having an Abbott family Christmas and I believed you. Were you with Diane?” Phyllis will also remind Summer her brother is in town and the three of them didn’t spend any time together. “I understand what’s going on,” Phyllis will say. “Diane is calling the shots and you’re both allowing her.”

Jack will tell him he’s seen Diane has changed. “She needs someone to back her up and I’m the one to do it.” Adam will leave and Jack will confront Stark, who will remind him he promised a second payment. But Jack will say it’s taking a while getting that much cash. However, Stark is no longer interested in the offer. “We had a deal,” Jack will remind him. “What changed?” Then Diane will walk up. “I changed, Jack,” she’ll say, putting her hand on Stark’s shoulder. “I came back, for him.”

Then Diane and Jack will stage an argument in front of Stark. She’ll say she came back to town yesterday. “And you reached out to him?” Jack will ask. “Not me? Not your son?” She’ll tell him she’s decided to reconnect with Stark. “This is my life, and my decision and I’m asking you to stay out of it.” Jack will say he thought she’d changed but obviously he was wrong. “Fine I’m done, I wash my hands of you,” he’ll say and storm off. After Jack’s gone, Stark will chill Diane to the bone when he says he’ll need more convincing, so he’s going to put her to the test.

Finally, Diane and Jack will walk in the front door of the Abbott estate. “Look at this, the icing on the cake,” Phyllis will say when she sees them. Then she’ll turn to her daughter. “You’re gonna regret this,” she’ll tell Summer. “I guarantee it.”

2 Thoughts to “Young And The Restless Scoop Monday, January 2: Phyllis Accuses Summer And Kyle Of Allowing Diane To Call The Shots – Sharon Reminisces About Rey”