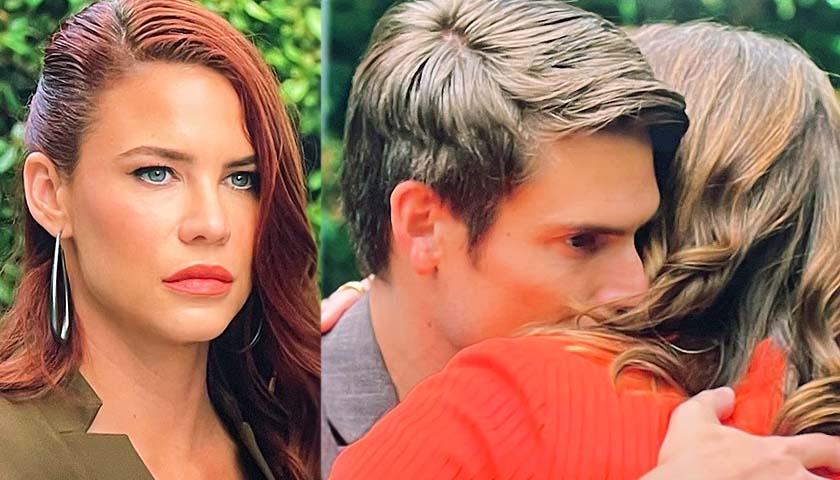 The Young And The Restless (Y&R) scoop for Monday, August 29 suggests Sally Spectra (Courtney Hope) will get an eyeful when she heads to Chancellor Park.

Y&R spoilers tease Diane will approach Nikki Newman (Melody Thomas Scott) at Society. But she’ll be surprised when Nikki is overly friendly. “I know that you are capable of blowing up your life all on your own,” Nikki will tell her. Diane will bring up Phyllis’ decision to sell her hotel and work at Marchetti. “Something‘s afoot,” she’ll say. “What do you and Phyllis have up your sleeves?” Nikki will tell Diane she’s just miffed because she’s not the center of attention any more.

At the Abbott estate, Traci will tell Jack she’s noticed him smiling a lot more. “So, is it your grandson that’s got you so chipper or is it something or someone else?” Talk will turn to Diane and Traci will ask if he’s forgiven her. But then Noah and Allie Allie Nguyen (Kelsey Wang) will walk in. Noah will say he has good news. His club at the Grand Phoenix will open as soon as the sale to Chancellor Winters is finalized. 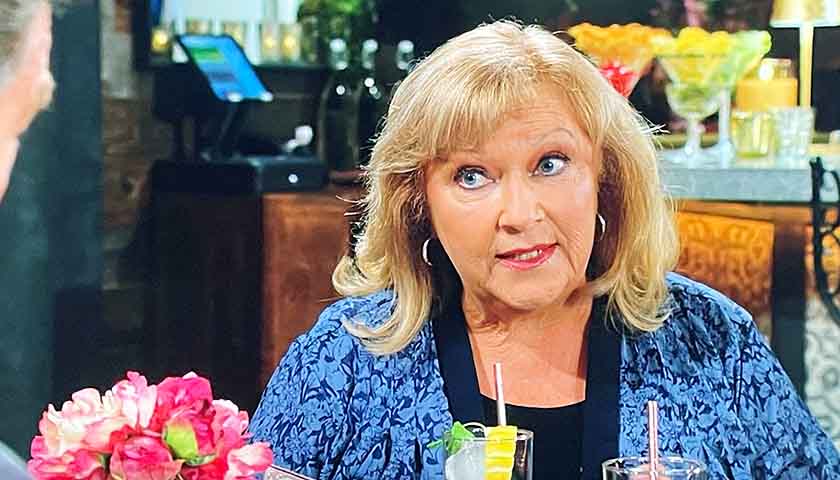 They’ll head to Society to celebrate and Jack and Traci will spot Nikki with Diane. “This isn’t good,” Jack will say to his sister and they’ll wander over. But Nikki will say there’s nothing to worry about and she’ll say hello to Noah. Then Traci’s mouth will hang open when she hears Jack invite Diane to join them. After Noah and Allie leave, Traci will mention Diane. “For somebody you are not ready to forgive, you certainly want to spend a lot of time together,” she’ll comment.

At Newman Media, Sally and Chloe Mitchell (Elizabeth Hendrickson) will pitch ideas to Noah Newman (Joshua Morrow). He’ll say he likes them and ask to speak to Sally alone. Nick will thank her for turning Adam Newman (Mark Grossman) down and giving Victoria Newman (Amelia Heinle) the heads up. “You’ve proven you can be trusted.” Sally will say the reason she told Victoria about Adam’s revenge scheme is because she’s worried about him.

Speaking of Adam, he and Chelsea Newman (Melissa Claire Egan) will chat at Chancellor Park. “I just recorded my final podcast with Billy,” she’ll tell him. She doesn’t understand why she keeps finding the perfect job, then it’s yanked away from her. Adam will say he can relate. Chelsea will tell him she knows he wants to hurt the people who hurt him. “Is there any way I can talk you off the ledge?”

Adam will tell her Victor not only replaced him as CEO but he also covered up how Ashland Locke (Robert Newman) really died. “I have the power to force his hand and the evidence to do it.” Chelsea will ask him not to start a war with Connor’s grandfather. “Beat Victor, by letting go.” But will Adam take her advice? Regardless, Chelsea will say she’s glad they’re friends again and Sally will come along just as the former couple embrace.