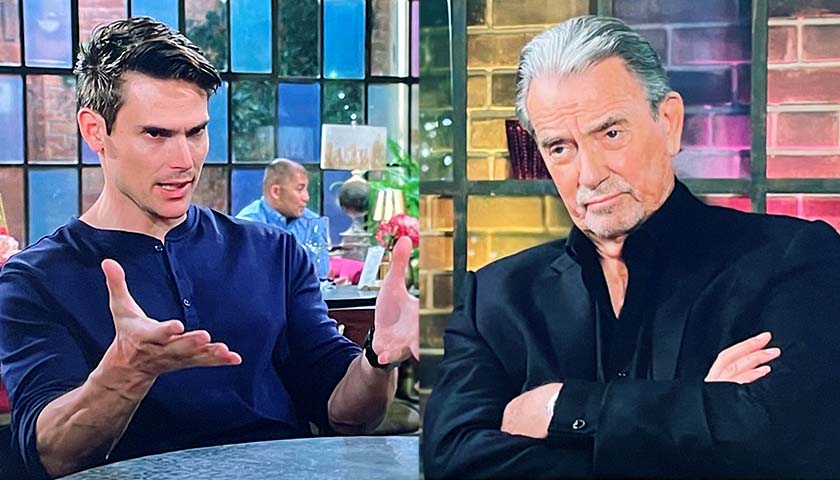 The Young And The Restless (Y&R) scoop for Monday, August 22 suggests Victor Newman (Eric Braeden) will have it out with Adam Newman (Mark Grossman).

Also coming up, Billy Abbott (Jason Thompson) will discuss revealing the truth about their son’s maternity with Victoria Newman (Amelia Heinle). Plus, Nick Newman (Joshua Morrow) will continue to struggle with what he did.

He’ll head to Newman Enterprises and will tell Victoria that now is the time to come clean with Johnny. As far Victoria is concerned, she’ll still fail to see the urgency in revealing the truth to their son. However, can Billy convince her otherwise?

Young And The Restless Scoop Friday, August 19: Chance Lets Victor Off The Hook – Jack And Diane's Kiss Was A Daydream – Chelsea And Billy Hang Out #YR #YoungandRestless #YoungandtheRestless https://t.co/I9rOrjUzuC

Meanwhile, one would think Nick would be relieved that he’s not going to be arrested for being complicit in a cover up. However, his guilt about killing Ashland Locke (Robert Newman) will continue to consume him. As usual, he’ll turn to Sharon Rosales (Sharon Case) for some advice. He’ll admit he wants to come clean about what really happened. But will Sharon agree or talk him out of it?

Then there’s Victor, who feels like his whole family should be in celebration mode. Not only is Ashland Locke (Robert Newman) dead and no longer a threat to their family, but Victor got away with covering up how he really died. And he also protected his children. So, let’s just say he’ll have to put his celebratory mood on hold, when he runs into a smug Adam.

Young And The Restless Scoop – Will Adam Brag About The Offer?

Y&R spoilers show things will get tense between the father and son. The Mustache will lose his patience with his youngest son. And he’ll tell Adam he doesn’t approve of the way he’s been acting or the choices he’s been making.

But what will precipitate the argument? Is Adam going to brag that Jack Abbott (Peter Bergman) offered him a job at Jabot and he’s going to take it? Obviously, if Adam goes to work with his nemesis, this will surely displease Victor.

Chelsea and Victoria revisit their past today on #YR. pic.twitter.com/w6ZTxLjVc2