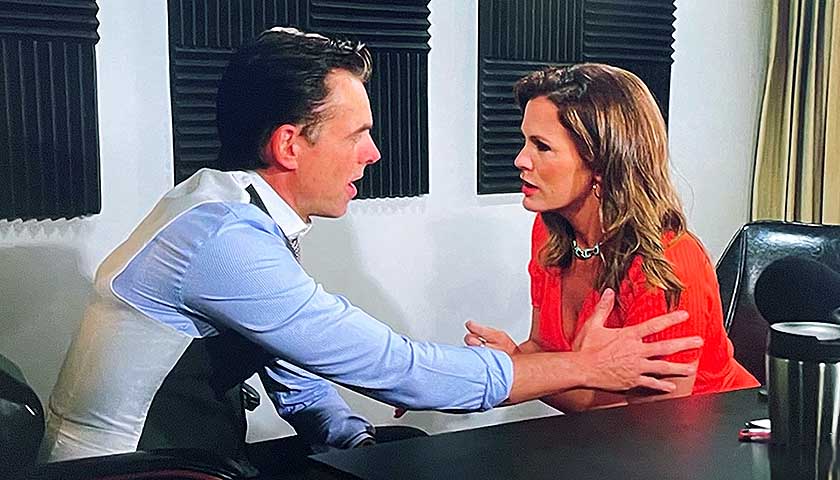 Also coming up, Sally Spectra (Courtney Hope) will discover the truth about her breakup with Adam Newman (Mark Grossman). Plus, Nate Hastings (Sean Dominic) will complain about his cousin to Elena Dawson (Brytni Sarpi).

Y&R spoilers tease Chance Chancellor (Conner Floyd) will meet Adam at Chancellor Park. Adam will tell him he came across the police report on Ashland Locke’s (Robert Newman) death. “It would be a pretty terrible thing if it were to come out that you covered up a crime, as a personal favor to your father in law,” he’ll tell Chance. Then he’ll ask him if Victor Newman (Eric Braeden) intimidated him. Chance will say he has no remorse about his decision and he’ll tell Adam he’s blowing up his own life.

Having had no luck with Chance, Adam will move on to his next target, his ex Sally. He’ll tell her he read the police report and she could really make a name for herself if she pursued the story of Victor’s cover up. Sally will ask if he’s willing to throw Chance under the bus like he did to her. “I didn’t toss you aside, Sally, I protected you,” Adam will say. “Not only when it comes to your job but from the all out war I am about to start.” 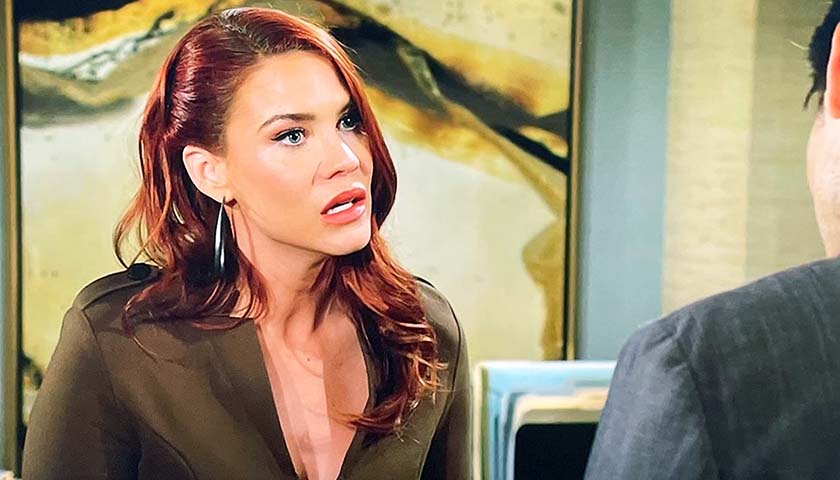 “So you finally admitted the truth,” she’ll reply. “What I suspected all along was true.” Sally will tell him she’s glad they’re through “because vengeance always comes first with Adam Newman.” Then she’ll head to Victoria Newman’s (Amelia Heinle) office and she’ll rat him out. Adam will head to Society, only to be ambushed by Victor and Nick Newman (Joshua Morrow).

Meanwhile, after another strategy session in which Devon Hamilton (Bryton James) shut him down, Nate will be highly agitated. He’ll meet Elena for dinner and complain about his cousin. He’ll say he was looking forward to working at Chancellor Winters but it’s been nothing but frustrating. “Maybe you should just walk away,” she’ll say. Which is a good suggestion, because then she wouldn’t have to listen to his complaints any longer. Nevertheless, Nate will say he can’t do that – he’s made a commitment to his family.

At the studio, Billy will push Chelsea away. “Whoa! I uh,” he’ll manage to blurt out. “I’m sorry if I gave you the wrong impression. But that was a mistake.” Chelsea will apologize. Billy will want to talk about it. However, Chelsea will shut him down and they’ll record their final podcast together. Then Chelsea will ask Billy to not bring up the kiss ever again. And she’ll tell him she doesn’t want to do the podcast without him.

Finally, Billy will head to Chancellor Winters, to tell Lily he recorded his last podcast. She’ll ask him how it went. He’ll admit things got pretty awkward between he and Chelsea. “She kissed me,” he’ll say. Lily will make a face. “Should I be concerned?” she’ll ask him.