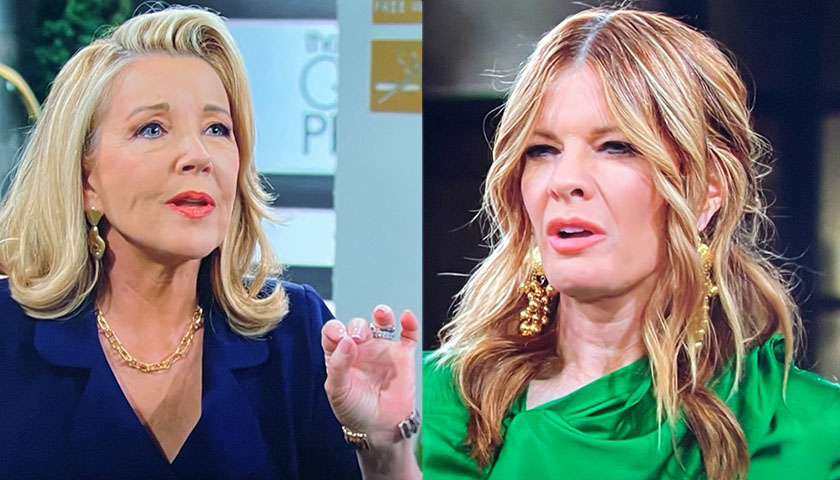 The Young And The Restless (Y&R) scoop for the week of December 6 suggests Nikki Newman (Melody Thomas Scott) will accuse Phyllis Summers (Michelle Stafford) of hurting her son.

Also coming up this week, Jack Abbott (Peter Bergman) will question his ex about her feelings and Chance Chancellor (Conner Floyd) will be overwhelmed. Plus, Sharon Rosales (Sharon Case) and Nick Newman (Joshua Morrow) will reflect and Devon Hamilton (Bryton James) will miss Dominic.

Y&R spoilers tease Devon will put on a brave face, now that Abby Chancellor (Melissa Ordway) and Chance have taken Dominic home. But Amanda Sinclair (Mishael Morgan) will find out his true feelings, when he opens up to her about how he really feels.

Y&R Weekly Scoop – Jack Wants To Know How She Feels

Speaking of Chance, he’ll feel inundated by all the well wishers at his welcome home party. Of course, he’s happy to be home with Abby and their son. But he’ll still be filled with regret about abandoning his mission and getting justice for his men. 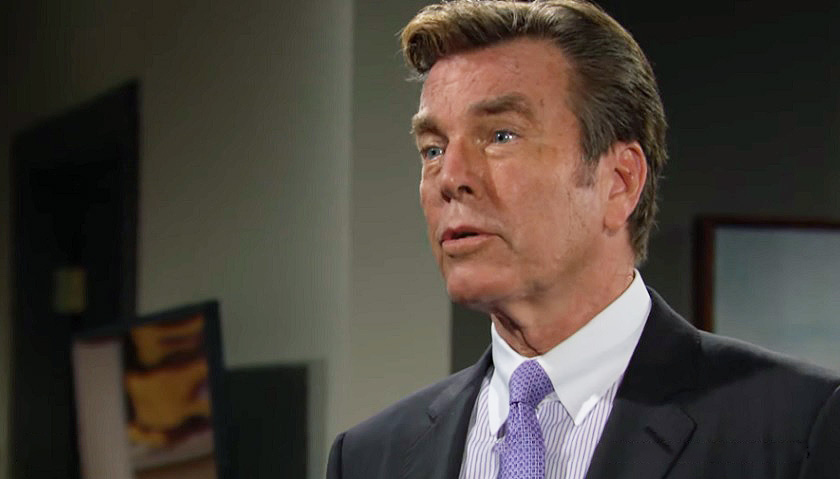 At Crimson Lights, Nick confide in Sharon that he feels like a stranger in his own family. And they’ll do some reflecting about their relationship. Other Y&R spoilers show Adam Newman (Mark Grossman) and Victoria Newman (Amelia Heinle) will battle it out for Chance Comm. Plus, will Sally Spectra (Courtney Hope) agree to spy on Billy Abbott (Jason Thompson) for Adam?

Meanwhile, Jack will ask Phyllis if her feelings have changed since he opened up to her. But she’s not sure. “I don’t want to mess this up,” Jack says in the Y&R preview. “I think what we have is rare.” Then later, Phyllis will tell Amanda  it would “kill her” if she hurt Jack again. “Do you want to reignite things with Jack?” she’ll ask her friend. But how will Phyllis respond?

Finally, Phyllis will ask Nikki why Noah Newman (Rory Gibson) left London. She thought his career was taking off. Nikki will tell snidely remark that a career isn’t always the most important thing in life. “Are you insinuating Nick and I broke up because of my career at the Grand Phoenix?” Phyllis will respond. “That is ridiculous.”

Nikki will tell the redhead to calm down. “I wasn’t thrilled that the two of you were going to get involved again, nor did I have high hopes that it was going to work this time,” Nikki will say. Phyllis will admit it was a difficult decision for them to make. However, Nikki will point out that Nick is hurting and she seems to be doing just fine. “You don’t know what’s going on with me, so don’t pretend to know what’s going on inside my head,” Phyllis will say. Will these two ever get along?