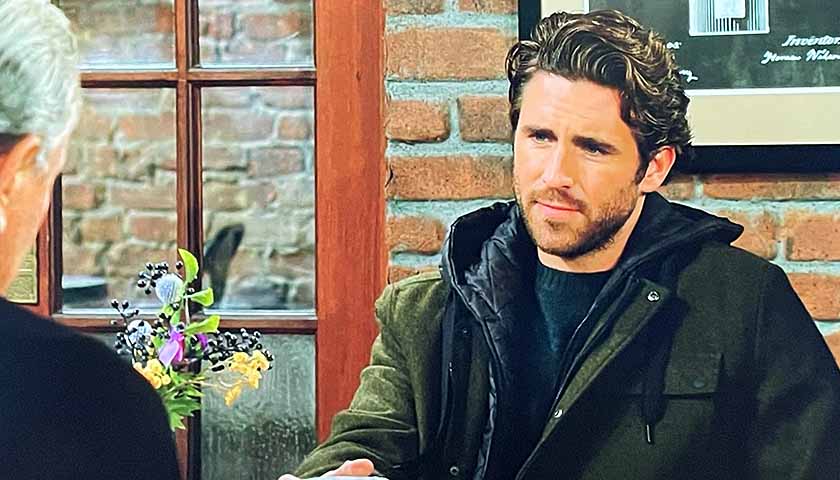 The Young And The Restless (Y&R) preview suggests Victor Newman (Eric Braeden) will ask Chance Chancellor (Conner Floyd) what he did to his daughter.

Also coming up, Kyle Abbott (Michael Mealor) will see his mother embracing his father. Plus, it looks like Daniel Romalotti (Michael Graziadei) will be staying in Genoa City.

Y&R spoilers tease Diane Jenkins (Susan Walters) will approach Jack Abbott (Peter Bergman) at Jabot. Then she’ll thank him for standing up for her. “I hope you know it means everything to me,” Diane tells him, in the Y&R weekly preview. Then she’ll pull Jack into an embrace.

But their hug will be short-lived. And they’ll quickly pull apart, when Kyle walks in. He’ll look perturbed by what he just witnessed. “Am I interrupting something?” Kyle will ask his parents. 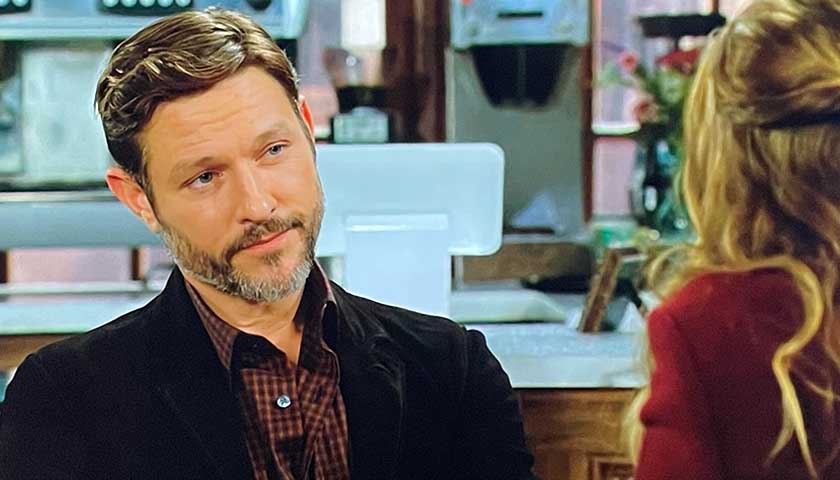 Meanwhile, Daniel will meet his sister for coffee, and he’ll tell her he wants to stay in Genoa City and work for Chancellor Winters. “Thinking of a new career,” he’ll tell Summer Newman (Alison Lanier). “It might just be a game changer.” But does Daniel’s motivation have everything to do with Lily Winters (Christel Khalil)?

Finally, on Wednesday’s Y&R, Victor and Nikki Newman (Melody Thomas Scott) will head to Society for a drink, before they host their Thanksgiving dinner. Victor will tell Abby Chancellor (Melissa Ordway) he looks forward to seeing her, Chance and his grandson at the ranch.

“To be honest,” Abby will tell them. “Chance and I are having some problems, so we won’t be spending the day together. Victor and Nikki will be stunned. He’ll tell his daughter he’s sorry to hear it. And Nikki will say she hopes they work things out.

So, when Victor runs into Chance at Crimson Lights, he’ll immediately make an accusation. “What’d you do to my daughter?” he’ll ask his son-in-law. But will Chance’s response make Victor wish he’d just minded his own business?