Y&R spoilers tease Adam doesn’t want to give up on his ex-girlfriend. He’ll tell Jack he hurt Sally and he’s not sure how to fix that. He’s already tried to win her back, but his efforts have fallen flat.

Y&R Video Preview – Putting The Fear Of God In Diane

“You really do love her, don’t you?” Jack asks Adam in the Y&R video preview. “More than I thought I could love anybody,” Adam will admit. Then Jack will advise him to dig deep and find a way to let Sally know that. 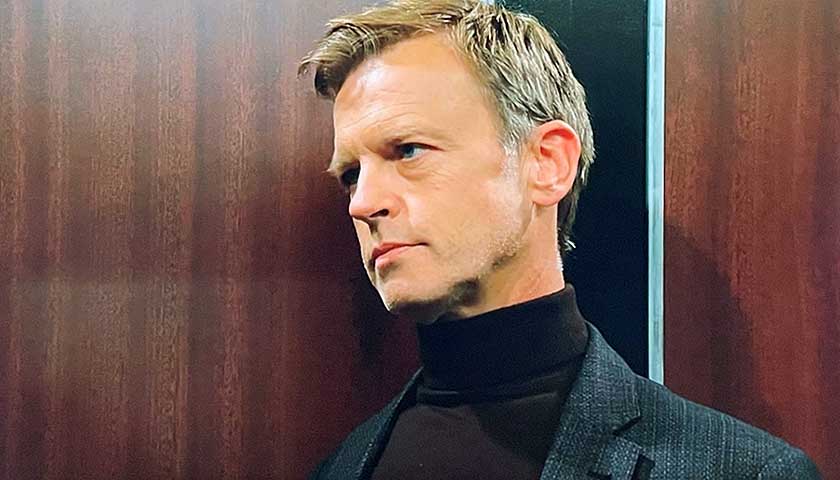 Meanwhile, Ashley will complain to Tucker about Diane Jenkins (Susan Walters). She’s not happy that her brother seems to letting her off the hook for all her lies. And she’s not sure what to do about it.

“If you want to put the fear of God into Diane and drive her away from your family,” Tucker will advise his ex-wife. “Here’s what you do.” But what will Tucker tell Ashley she should do?

Young And The Restless Preview – Abby’s Disappointed In Chance

Finally, as viewers know, Abby has been disappointed in Chance Chancellor (Conner Floyd) for weeks now. She feels as though he puts his job before his family and they got into a big argument about it this week.

Next week, she’ll visit Devon at his penthouse and confide that she feels like she and Dominic are a secondary concern to her husband. “Chance is a fool to not put you and Dominic first,” Devon will tell Abby. “For both of you, I would move heaven and earth.” Then Abby will lean in and kiss him.