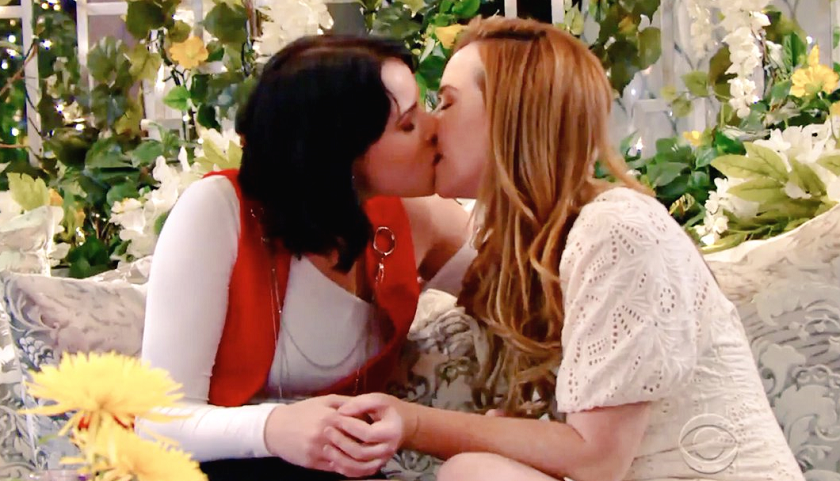 Spoilers tease Teriah will reunite and Mariah will may leave town. Ever since fans heard her mention to Sharon Newman (Sharon Case) that she was offered a job in Chicago, rumors have been flying that she’ll take it and leave.

But would she seriously consider moving to Chicago? The city is a busy hub and it would be much easier for Tessa to visit her girlfriend on a regular basis. Also, Mariah is currently unemployed, so it might make sense for her to accept the position.

Viewers know, however, that there are many reasons why Mariah may hesitate to leave. Her whole family lives in Genoa City and she loves them. Also, Sharon was recently diagnosed with breast cancer.

Mariah would like to be with Sharon, to support her through this trying time. Her mother may encourage her to leave though and to move with her life. Sharon may tell her she’s still got a great support system in town. Also, Chicago isn’t that far from Genoa City, so Mariah could still pay her regular visits.

On the other hand, Mariah and Tessa just had a tough go. Mariah cheated on the love of her life with Lindsay (Kirby Bliss Banton). Tessa walked in as Mariah and Lindsay were holding hands on the couch. And she was very angry, to say the least.

Mariah asked her why she wasn’t on the road with her “rock star boyfriend.” Tessa denied Tanner Watts (Chase Coleman) was her boyfriend and she told Mariah she sure hadn’t slept with him. Then Mariah lied and said she didn’t sleep with Lindsay either. “All evidence to the contrary,” Tessa said before she left and slammed the door shut.

Realizing how foolish she’d been, Mariah then pulled out all the stops to win back the object of her affections. This included showing up on Tanner’s jet twice and even publicly declaring her love for Tessa during a concert. She will also promise Tessa she’ll never cheat on her again and Tessa will finally forgive her.

So, what do you think the future holds for Teriah once they reunite? Will Mariah and Tessa leave Genoa City? Vote in our poll!