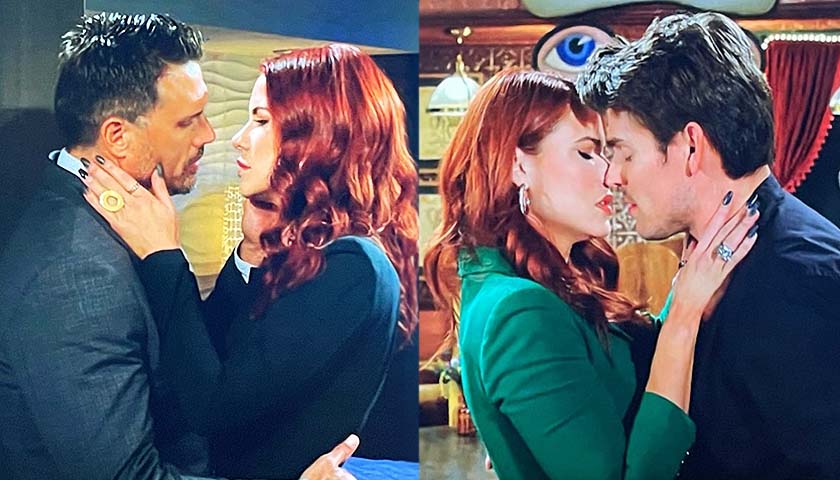 The Young And The Restless (Y&R) scoop reveals Sally Spectra (Courtney Hope) will be torn about her affections for Adam Newman (Mark Grossman) and Nick Newman (Joshua Morrow). But which brother is the better match?

Y&R spoilers tease Adam will do his utmost to win back the woman he loves. On Monday’s episode, Ally will still be chatting after dinner on the rooftop at the Grand Phoenix. “You are scared of the connection that you still feel for me because I screwed things up so badly,” Adam will tell his ex. “So you’re pushing me away.”

As viewers know, Adam dumped Sally as a ploy to get Victoria Newman (Amelia Heinle) to keep her on as CEO of Newman Media. And it broke Sally’s heart. She’d been madly in love with him and believed they were soulmates. But what Adam didn’t realize at the time was that his ploy would have an unintended consequence, when Sally slept with his brother.

Her hookup with Nick was unexpected and since then they can’t seem to keep their hands off each other. Sally is clearly fascinated by Nick, probably because he’s the opposite of his brother. Nick is a stable man and he seems to ground her.

But as much as she’s grown to care for him, there’s a big part of Sally that’s still besotted with Adam. And after she leaves her rooftop dinner with her ex, she’ll head to Crimson Lights to meet up with Nick.

When he asks her how things went with his brother, she’ll admit that some of what Adam had to say really resonated with her. “We had something special, really special, before he blew it up,” she’ll tell Nick. “But as much as he says he cares about me, he still used trickery to get me on the roof.”

However, she’ll also admit she feels very strange, talking to him about her feelings for his brother. Because she can’t get Nick out of her head. “It’s getting messy, isn’t it?” he’ll say to her. Why yes Nick, it is, and Sally needs to choose between them and soon.

So, what do you think? Does Sally belong with Nick, or with Adam? Vote in our poll below!

Who Should Sally Be With – Adam Or Nick?