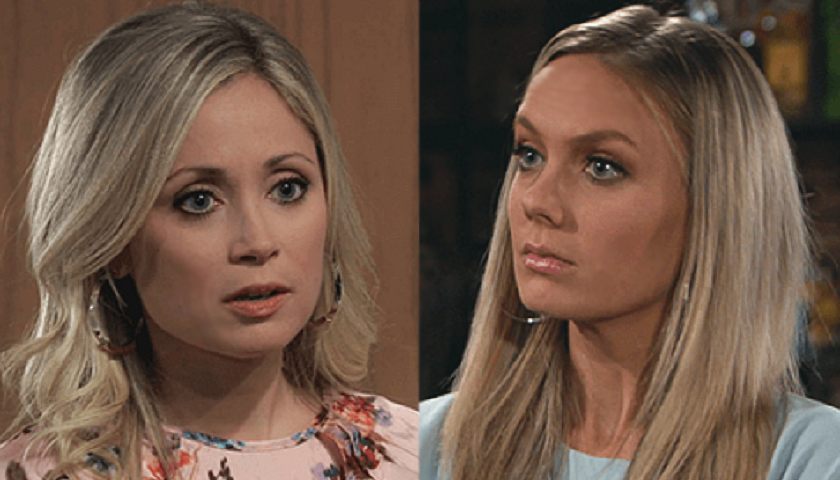 The Soap Scoop reveals actress Emme Rylan is on her way out at General Hospital (GH) as Lulu Spencer. As of this writing, the news hasn’t yet been confirmed by GH.

However, this rumor has created some conjecture from Young And The Restless (Y&R) fans. Many would like to see Rylan return as Abby Newman. But that would mean she’d replace Melissa Ordway.

It wouldn’t be the first time a substitution like this has occurred. After all, Y&R fired Gina Tognoni in April 2019 and brought back Michelle Stafford as Phyllis Summers. But are producers as eager to replace Ordway as they were to replace Tognoni?

When Billy Miller was fired from GH, there were also rumors he would be brought back as Billy Abbott on the Y&R. Miller would have replaced recent Daytime Emmy Award winner Jason Thompson. But this hasn’t happened, at least not yet.

Rylan did not originate the role of Abby. She portrayed the character from 2010 until 2013 and had previously played Lizzie Spaulding on Guiding Light, until the show went off the air in 2009.

Ordway took over the role of Abby from the well-liked actress after Rylan was let go due to budget cuts. And Ordway is popular in her own right. Then again, so was Tognoni. One thing is certain, in the world of soaps, anything can and will happen.

As rumors continue to swirl about Rylan’s status at GH, many Y&R fans have been quick to express their opinions. “I hope @EmmeRylan comes HOME to #YR as Abby!” one fan posted on Twitter. “And I will say this, if Emme Rylan is leaving #GH, I want her back as Abby on #YR. Sorry, Melissa Ordway,” another viewer commented.

So, what do you think, should Y&R bring back Rylan as Abby Newman? Vote in our poll below.

One Thought to “Young And The Restless Poll: Should Y&R Bring Back Emme Rylan As Abby?”