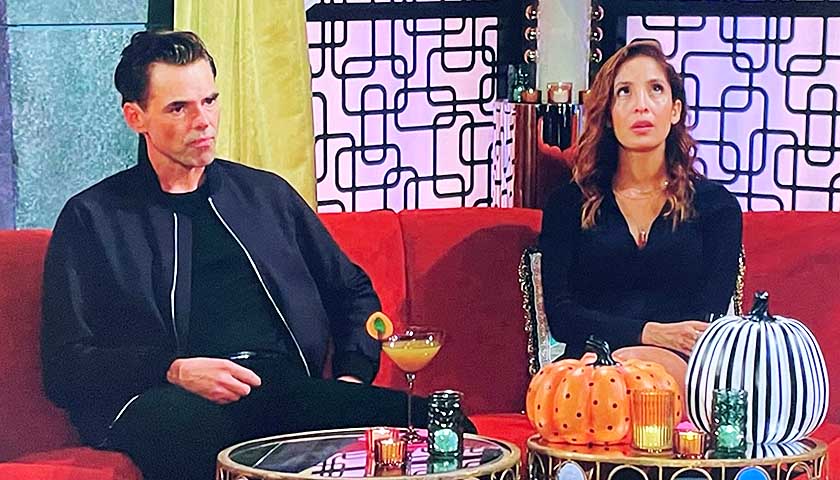 The Young And The Restless (Y&R) scoop suggests Lily Winters (Christel Kahlil) and Billy Abbott’s (Jason Thompson) relationship will become even further strained this week. But should they call it quits?

Y&R spoilers tease Lily has become agitated with Billy during the past few months. She was angry when he kept interfering in his ex-wife Victoria Newman’s (Amelia Heinle) life. A short while ago, she wasn’t exactly pleased with his decision to resign as her COO, but she accepted it.

However, Billy recently meddled in Lily’s family drama. He took it upon himself to visit Nate Hastings (Sean Dominic). Billy told Nate he could fix his mistake and possibly reconcile with his family. Then he advised him to say sorry to Lily and Devon Hamilton (Bryton James).

Y&R Poll – Billy’s Assistance Had The Opposite Effect

But when Billy showed up at Chancellor Winters and told Lily about his conversation with Nate, he didn’t get the reaction he was expecting. In fact, she was furious with him. Lily knows Billy has good intentions, but he can also be way too quick to jump the gun.

“I know you’re trying to help Billy, but you’re not helping, it’s having the opposite effect,” she snapped at him last week. “You shouldn’t put yourself in the middle of what’s happening with Nate. It’s not your problem to solve anymore, okay?”

As usual, Billy took it on the chin and went about his day, even taking Lily to the Glam Club later to celebrate Halloween. But on Monday, there’ll be even more tension between the couple. Billy and Lily will share a dance, and she’ll ask him what’s wrong.

Young And The Restless Scoop – Billy Leaves Lily Sitting By Herself

Billy will tell her she’s not going to want to hear it, but he’s worried about Chelsea Newman (Melissa Claire Egan). Lily will be understandably upset and it’ll get even worse. They’ll sit down and he’ll tell her he has a gut feeling that Chelsea could be in trouble. Billy will suddenly realize where she went and he’ll leave a perturbed Lily sitting by herself at the club.

So, what do you think? Can Lily and Billy get past their issues, or should these two just call it a day? Vote in our poll below!

Should Lily And Billy Break Up?