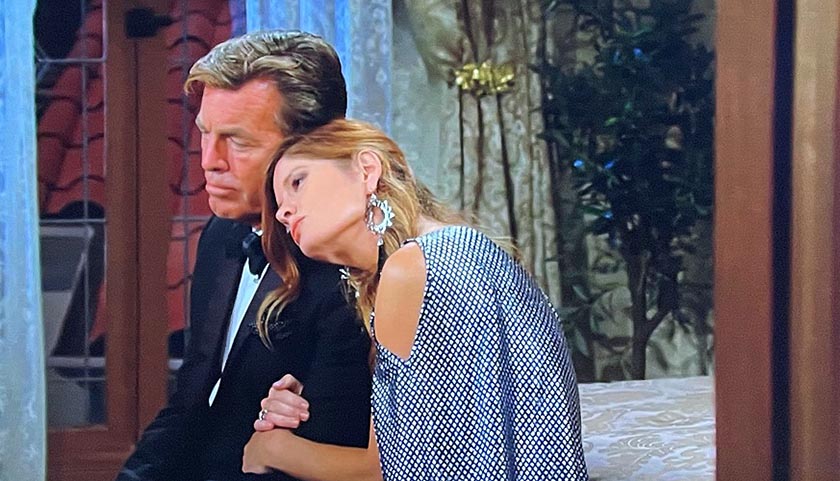 The Young And The Restless (Y&R) scoop suggests Jack Abbott (Peter Bergman) and Phyllis Summers (Michelle Stafford) are going to reunite. But should they?

Phyllis and Jack, or “Phack,” as fans have dubbed them, have a tumultuous history together. Phyllis has broken Jack’s heart many times. But each time he eventually forgave her and was drawn to her again.

The first time they were married, from 2001 to 2004, Phyllis ended up falling for Nick Newman (Joshua Morrow), who was having his own problems with Sharon Newman (Sharon Case). Then she cheated on Jack with Nick and got pregnant with Summer Newman (Hunter King).

Y&R Poll – Cheated On Him With His Brother Billy

However, that was only Phyllis’ first betrayal. In 2016, she cheated on him with his own brother Billy Abbott (Jason Thompson). Even though she begged for his forgiveness, this was too much for Jack to bear and he demanded a divorce.

Since then, Phack have become good friends. But in September, things changed. Jack let it slip to Phyllis that he dated Sally Spectra (Courtney Hope) because she reminded him of her. He also told her she was the most captivating woman he’d ever known. “I have never stopped loving you and I don’t think I ever will,” he admitted.

However, she was dating Nick at the time – a relationship that came to an end recently. But now that Phyllis and Nick have broken up, what’s stopping Phyllis and Jack from reuniting? For one, he’s concerned their history could repeat itself.

Young And The Restless Scoop – Phyllis Is Afraid Of Hurting Him

Jack told Phyllis last week that he couldn’t handle her breaking his heart again. Plus, Phyllis also admitted to Amanda Sinclair (Mishael Morgan) she’s terrified of reuniting with him. “He said he had feelings for me. It would kill me if I hurt him again.”

So, what do you think? As friends, Phyllis and Jack turn to one another for comfort in times of crisis. Should they really spoil a good thing by falling back into each other’s arms – or are they destined to be together? Vote in our poll below!

Should Jack And Phyllis Reunite?

One Thought to “Young And The Restless Poll: Should Jack and Phyllis Reunite?”