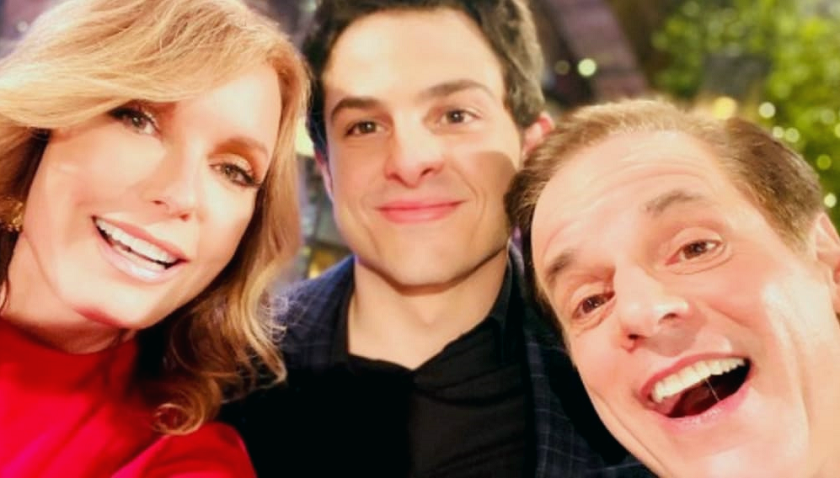 Zach Tinker, who portrays Fenmore Baldwin, will return to Genoa City in the coming weeks, according to LeBlanc’s twitter feed.

“PUTTING THE “FELON” IN “FAMILY”!” LeBlanc posted yesterday. He tagged Tinker and posted photos of him and other members of the Fisher-Baldwin family.

Fans were thrilled by the news. “Can’t wait to see my crazy favorite family back!!” one fan replied. “Wahoo!!” another viewer posted. “Just what the show needs. Now some writers with a sense of humor and all will be well.”

Tinker first appeared as Fen on the Y&R in December 2018 and tried to woo Lola Rosales (Sasha Calle) away from Kyle Abbott (Michael Mealor). He even kissed her at the stroke of midnight on New Year’s Eve.

Now that she and Kyle are officially divorced and she’s broken up with Theo Vanderway (Tyler Johnson), will Fen pursue her again? Some fans had hoped she’d hook up with Noah Newman (Robert Adamson) but perhaps she’ll have a new love interest in Fen.

Fen returned home briefly to spend the Christmas holidays with his parents last year but only stuck around for a few weeks. Will he stay in Genoa City permanently this time around?

Viewers know Fen won’t be the only one returning to the Y&R in the near future. Judith Chapman, who plays Michael and Kevin Fisher’s (Greg Rikaart) pot stirring mom Gloria Bardwell, will be back in October.

It looks like the Fisher-Baldwin gang’s all here, which should make for an exciting October on the Y&R! Keep reading The Soap Scoop for more Young And The Restless spoilers and news. And make sure you join our free Facebook Group.